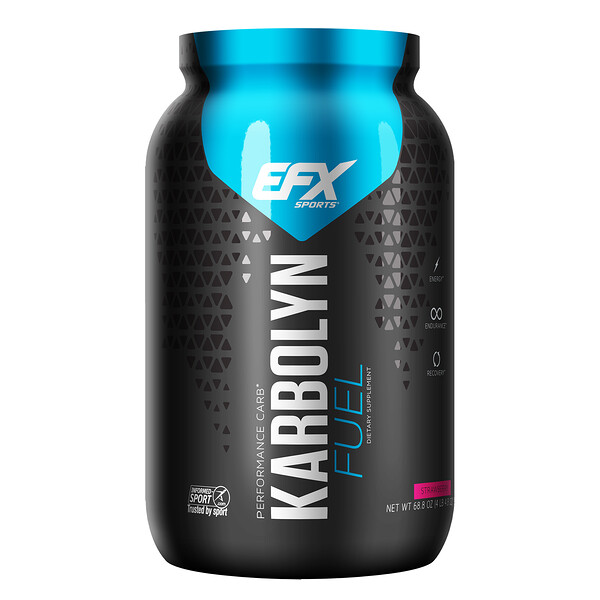 What Is This New "Performance Carbohydrate" Karbolyn?

Karbolyn represents the dawn of a new era of carbohydrate supplementation. Derived from potato, rice and corn, this fast-acting, long-lasting, high-performance compound offers the best of both simple and complex carbohydrates.

Simple carbohydrates have the ability to enter the bloodstream quickly. However, they can also stimulate a strong "spike" and subsequent "crash" due to a rapid rise and fall of insulin levels. This may be good for a quick burst of energy but not for sustained endurance.

Complex carbohydrates do provide sustained endurance, But, they are slow to digest, and can leave you feeling bloated and lethargic.

Karbolyn Delivers The Best of Both Worlds

Karbolyn is absorbed into the bloodstream like a simple sugar but without the typical crash caused when your muscles run out of fuel. It has also been shown to be absorbed as quickly as pure dextrose ( a simple carbohydrate). Yet, it still provides sustained energy without "crashing".

Don't Take Our Word for It... What Does the Study Say?

The Clinical Study sought to document whether or not Karbolyn has a positive and sustainable impact on blood sugar levels in normal adults during aerobic activity. Data obtained from participants indicated that a simple sugar promoted a steep drop and subsequent "crash" at a predictable point in time. Karbolyn gave an overall smoother decline in blood glucose level.

Mix 1 scoop in a shaker cup with 10-16 ounces of water and drink 60 minutes before exercise.

Before Workout - Mix 1 scoop in a shaker cup with 16 ounces of water and drink 30 minutes before exercise.

During Workout - Mix 1 scoop in a shaker cup with 16 ounces of water and sip during exercise.

After Workout - Mix 1 scoop in a shaker cup with 16 ounces of water and drink after exercise.

Keep out of reach of children.