5 Natural Alternatives to Coffee for a Quick Energy Boost 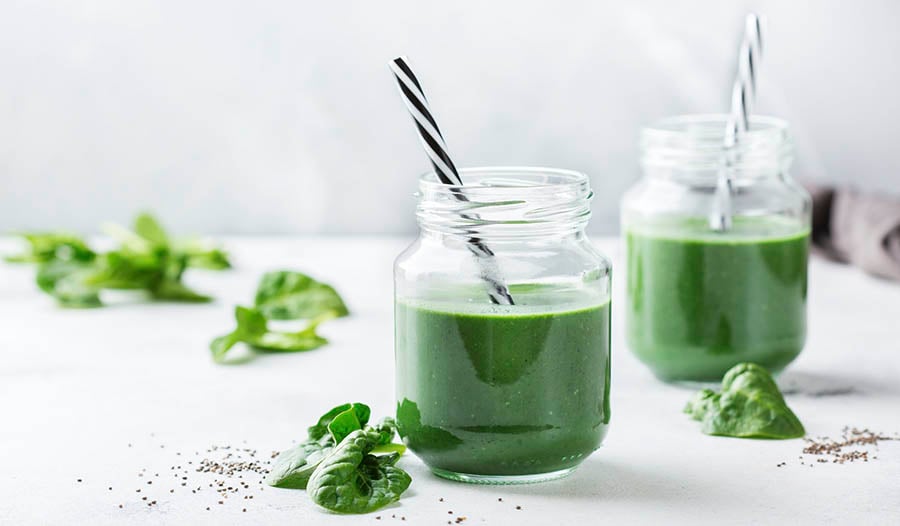 Love the kick from a hot cup of coffee but can't stand the sluggish feeling that happens as the kick begins to wear off? Here are five alternatives to coffee that researchers have shown would give energy throughout the day and supply some health benefits as well.

Dangers of Caffeine and Anti-Oxidant Overdose

Researchers have shown that too much caffeine can increase the stress hormone cortisol, which may have negative effects on the body. Studies have also made it known that caffeine raises the adrenal system and stays in the nervous system for approximately four to six hours, disrupting regular sleeping patterns. It has been determined that caffeine reduces the ability of the kidneys to store magnesium, calcium, zinc and other vital minerals. Coffee has many antioxidants, but what happens if there is more than the body can handle?

A scientific study was done in which healthy men and women around the age of 54 were given a high dose of antioxidants or a placebo. During this study, all of the participants were required to undergo an 11-week endurance program. The scientists involved with the experiment wanted to look at three different aspects both before and after the study: a 20-meter shuttle run performance, the level of mitochondrial protein and the maximal oxygen intake. At the end of the study, the results in the participants showed the maximal oxygen intake, and the 20-meter shuttle run performance showed an equal amount of improvement.

The difference was the mitochondrial protein of the participants; it was able to rise with the placebo group but not with those who took the supplement. In fact, those who took the supplement were unable to produce the mitochondrial protein, showing that high doses of antioxidants can stop the body from achieving its full capability.

Caffeine has been known to decrease insulin sensitivity and make it hard for cells to respond to blood sugar. Medical researchers have discovered that high blood sugars can lead to increased risk of mortality and arterial deterioration associated with cardiovascular disease. Another indicator of heart disease is when the chlorogenic acids start to show an increase in homocysteine levels just as the chlorogenic acids might postpone glucose absorption.

Some questioning minds desired to know an accurate idea of who is protected against increased blood sugar. Studies revealed that individuals who already have type II diabetes and drink coffee regularly have a connection with increased blood sugar and insulin spikes after a meal. More detailed research demonstrated that the caffeine found in coffee might possibly be the cause of higher levels of insulin shown in the pancreas.

Developing higher levels of insulin in the body is not good for overall health. Because diabetes affects hundreds of millions of people across the world and is not slowing down, this news may suggest that coffee consumption should be kept to a minimum.

There is good news, though. For people who want to skip the coffee but still need an energy boost in the morning or afternoon, there are some healthy alternatives available.

Matcha green tea powder is an excellent substitute for coffee. To drink matcha, put about 2 grams of powder in 1 cup of water and stir. It is rich with minerals, vitamins and antioxidants. Matcha provides an energy boost just as a regular cup of coffee but with only a fifth of the caffeine. It seeps into the body slowly over a six- to eight-hour period, delivering lasting results without the side effects of fatigue or low energy. Some research says that it can help improve memory by boosting dopamine in the body and enhancing concentration as well.

It is known that by adding greens to a person’s diet, energy levels should increase due to all the nutrients that green vegetables contain. Juicers can add more broccoli, peppers and spinach leaves to boost their vegetable intake. A person could also try a green superfood blend with a mixture of green vegetables and some fruit for taste. Experiment with different blends like celery, avocado, lime, baby spinach and sprouts. Mix well with water and ice cubes. A chilled smoothie at any time of the day is a quick way to add energy and rich nutrients into the body.

Protein is a vital part of producing energy to the body, and a recent study discovered that protein boosts concentration, alertness and lean muscle mass. Vegetables have some protein, but try using protein powder, nut butter or chia seeds to increase energy.

Try indulging in a chocolate and peanut butter protein smoothie to cure sweet cravings while benefiting from antioxidants. Mix cocoa powder, almond butter and protein powder for a flavorful taste.

Yerba mate is very popular in Brazil and Argentina. The herbal beverage is a natural coffee substitute made from dried yerba mate plant leaves. Pros at making this tea pick the leaves and place the leaves somewhere to dry; when the leaves are dry hot water is added and the flavor comes out of the leaves to make a hot herbal beverage. The taste of yerba mate is somewhat like brewed green tea leaves. It is said that the beverage gives an energy boost like coffee but with less of an influence on sleep, fewer jitters and better ability to focus. An average serving of yerba mate includes about three-fourths the caffeine as an average cup of coffee but also transports nutrients and amino acids into the body.

Plain Water or Water With Lemon

Nutritional studies have determined that dehydration could bring on fatigue. A few signs of dehydration are a headache, an inability to focus or a feeling of being tired. If these symptoms exist, it is suggested to drink more water. A person can add lemon to the water for a little flavor. Many individuals only drink when they are thirsty, which is an indication of dehydration. When lacking sufficient hydration, science has proven the body’s performance is not at 100 percent. A study with athletes showed that low levels of hydration influence the ability to exercise properly. For help with dehydration and getting plenty of water, it is helpful to always carry a water bottle.

In moderation, coffee is not unhealthy. Staying hydrated, eating more vegetables and getting more protein will help provide the body with energy that is needed. Introducing other nutritional drinks to the diet may give some health benefits as well.

7 Healthy Coffee Alternatives That Won’t Give You the Jitters

Looking for a healthier alternative to that morning cup of Joe? A dietitian shares her favorite options, including mushroom coffee and golden milk.

A latte is simply coffee with milk. Lattes have twice the caffeine as a traditional coffee. Most people drink lattes for the extra boost in the morning that a regular cup of coffee cannot provide. An individual who doesn’t want to drink milk or can’t drink milk often stays away from lattes. However, lattes can be made dairy-free. Dairy-free means substituting products that don’t include milk, such as coconut or rice.

How To Boost Energy Naturally

Vibrant natural energy is truly a wonderful feeling that too few people experience on a consistent basis.