A Natural Approach to Depression 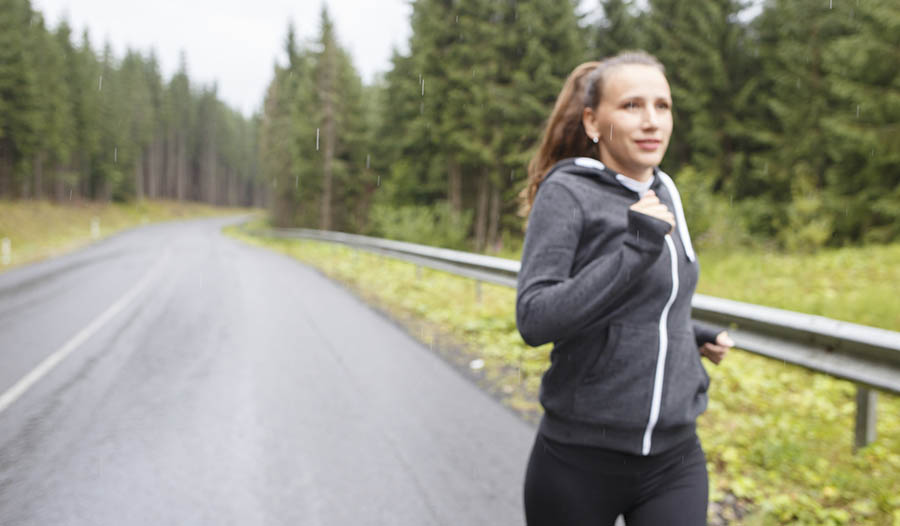 Depression is a mood disorder associated with feelings of sadness and loss of pleasure in life. It can become so severe that it can lead to social withdrawal, substance abuse, and even suicide. Worldwide, millions are affected by depression—it can occur in anyone, at any age, from any social economic background. Frequently, depression stems from traumatic childhood or negative adult experiences that result in unresolved issues that are difficult to cope with. However, sometimes depression can occur without an obvious cause.

Some conditions can mimic depression, including post-traumatic stress disorder (PTSD), hypothyroidism, autoimmune diseases, or chronic low-grade infections. All of these need to be ruled out in a person suspected of having depression.

The most common treatments include professional counseling and prescription antidepressant medications. Drugs prescribed for depression increase levels of brain serotonin, a chemical (neurotransmitter) that helps send healthy signals from one brain cell to the other—researchers believe that an imbalance or reduction of serotonin levels is what contributes to feelings of depression. However, there is also mounting evidence of other contributing factors that can affect mood, such as the gut microbiome and the health of one’s mitochondria (the energy-producing cells of the body).

A person with digestive issues and leaky gut will have an overgrowth of “bad” bacteria, which release a substance called LPS (lipopolysaccharide) into the bloodstream, resulting in increased fatigue and depression symptoms. As a result, fixing the gut may be a crucial first step to improving overall mood. Likewise, according to a 2011 study, mitochondrial dysfunction and inflammation increase the likelihood of depression, so improving the health of the brain’s mitochondria could have beneficial effects on mood.

The food we put into our body can have a significant impact on both our physical well being and our mental health. Diets that consist of excess sugar, processed foods, junk food and enriched flour are poor for one’s heart health and increase risk for diabetes. Studies show that diets high in sugar can also make depression worse. A 2015 study in the American Journal of Clinical Nutrition, demonstrated that postmenopausal woman who consumed a high-sugar diet had increased risk of depression. A 2002 study also supported the association between high sugar intake and the onset of depression. Even diet soda can affect mood, according to a 2014 study. This study concluded that consumption of sweetened drinks, including diet soda, increased risk of depression while consumption of coffee decreased risk of depression.

It is well known that exercise can be helpful for the heart and circulatory system. However, few realize that exercise is also therapeutic for those with symptoms of depression.

A 2006 study in the European Journal of Public Health demonstrated that women who jogged five times per week had improvement in their depression symptoms when compared to non-exercisers. A 2002 study showed that those 65 years of age and older had a 30 percent reduction in symptoms of depression with group activity and exercise when compared to those who did not participate in group exercise. Studies also have shown that exercise helps increase mitochondrial (energy) density in the brain, a possible explanation of how exercise may help reduce depression.

Those with chronic health conditions such as heart disease or diabetes should consult with their physician prior to beginning a new exercise routine.

Avoiding toxins is crucial to overall health. Consuming organic fruits and vegetables is a good place to start as some studies have suggested increased exposure to pesticides increases risk for depression. Drinking water out of BPA-free water bottles and using toxin-free health, bath and beauty products are also advised.

Omega-3 essential fatty acids consist primarily of particularly eicosapentaenoic acid (EPA) and docosahexaenoic acid (DHA). A 2014 study in Nutrition Journal showed that the majority of Americans do not consume enough omega-3 essential fatty acids, which can be found in a variety of food sources, including fish (mackerel, cod, and salmon are among the richest), walnuts, chia seeds, flax seeds, hemp seeds, and natto.

A large component of the human brain is fatty acids, so their role in mood is not surprising. A 2018 study showed that women who supplemented their diet with omega-3 fish oils during pregnancy or immediately thereafter were less likely to suffer from postpartum depression.

In my Southern California medical practice, a place where we have sunny skies more than 300 days per year, four in five (80 percent) of my patients have clinical vitamin D deficiency, defined by a blood level 30 ng/ml (75 nmol/l) or lower.

An important mineral and enzyme “co-factor” involved in over 350 chemical reactions in the human body. An adequate intake of magnesium-rich foods, which include green leafy vegetables, is crucial. Frequently, diet is not enough, and a supplement is required. According to a 2009 study, 68 percent of Americans consume less than the U.S.-recommended daily allowance (RDA). For men, this is 420 mg per day and for women, it’s 320 mg per day.

Vitamin B12 (also referred to as cobalamin or cyanocobalamin) is an important nutrient that your body requires to help optimize brain, nerve, and blood health. However, despite its importance, there's plenty of evidence showing that people around the world are deficient in this essential nutrient.

In addition, vitamins B2 (riboflavin), B6 (pyridoxine) and B9 (folate) have also been proven beneficial to neurological health. Many take a B-complex to ensure all the B vitamins are being taken.

In a 2002 publication by the National Institutes of Health, SAM-e was found to be helpful in reducing symptoms related to depression. A 2016 study showed SAM-e, when used in addition to an SSRI medication, also provided additional benefit in the treatment of depression.

In a 2004 study of patients who did not respond to conventional antidepressant medications prescribed by their doctor, SAM-e successfully helped 43 percent of patients improve.

Further, a 2010 double-blind randomized controlled study of patients with major depression showed significant improvement when SAM-e was added to their prescription medication when compared to a placebo (sugar pill). Lastly, a more recent 2015 study showed similar benefits when 800 to 1,600 mg of SAM-e were given to depressed patients for 16 weeks as did a 2016 study.

Further evidence that a holistic approach is needed comes from a 2016 study, which concluded, “Current evidence supports adjunctive use of SAMe, methyl-folate, omega-3, and vitamin D with antidepressants to reduce depressive symptoms.” In other words, those who took more than one nutritional supplement did better.

A 2017 study showed that 5-HTP, when given with creatine monohydrate, could help improve symptoms of depression in those who did not improve when taking pharmaceutical antidepressants.

A 2012 study showed that creatine monohydrate could be helpful in those with SSRI resistant depression. As mentioned above, when creatinine was taken with 5-HTP, symptoms of depression also improved.

A 2016 study in Phytomedicine showed Rhodiola could be an effective treatment for those suffering from depression as it can help balance out the brain’s neurotransmitters.

4 Natural Approaches to Psoriasis According to a Naturopathic Doctor

Psoriasis is an autoimmune disorder that affects over 125 million people worldwide. Learn more about psoriasis and how a natural approach may benefit this challenging illness.

A Natural Approach to Common Health Risks for Women

Auto-immune conditions, anxiety, depression, heart disease, weak bones, and digestive challenges are common ailments that women around the world are at increased risk for.