A Quick Guide to Ginkgo Biloba 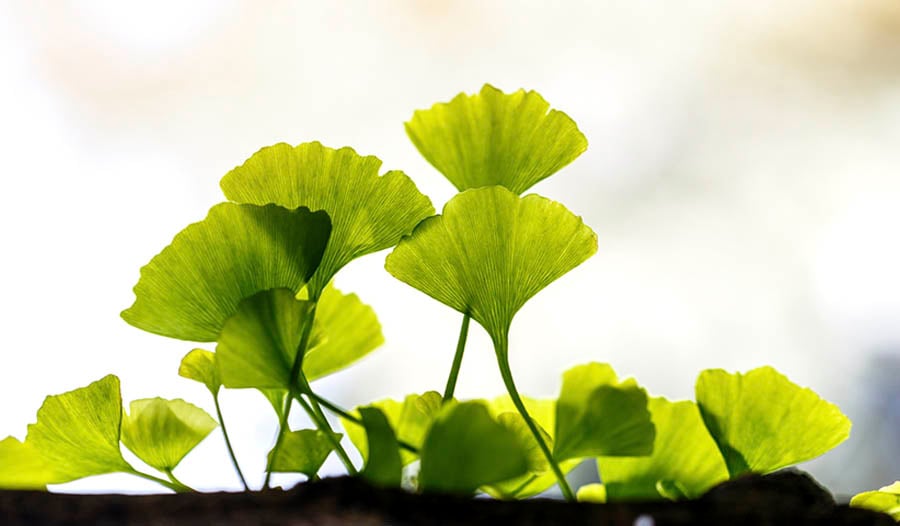 Extracts made from the leaves of the ginkgo tree are some of most popular herbal products in the world. Most Ginkgo biloba extracts (GBEs) are standardized to contain 24 percent flavonoid glycosides and 6% terpenoids as this composition represents the most researched form.

Peripheral arterial disease (PVD) is caused by the same cholesterol-containing plaque that is responsible for cerebral vascular insufficiency. In over a dozen double-blind studies, GBE has been shown to be an effective approach to improved blood flow in PAD. In the treatment of intermittent claudication (a peripheral vascular disease characterized by pain in the calf upon walking), not only were measurements of pain-free walking distance (75 to 110%) and maximum walking distance (52.6 to 119%) dramatically increased, but ultrasound measurements demonstrated increased blood flow through the affected limb.

If erectile dysfunction is due to impaired blood flow to erectile tissue, GBE may offer help based upon results from double-blind studies.  In one of these studies, 60 patients with proven erectile dysfunction were given GBE at a relatively low dose of 60 milligrams per day for 12 to 18 months. The blood flow through the penis was re-evaluated by ultrasound every 4 weeks. The first signs of improved blood supply were seen after 6 to 8 weeks. After 6 months of therapy 45% of the patients had regained potency and 50% showed significant improvements in potency and blood flow. It should be noted that ginkgo’s effects are more apparent with long-term therapy, and better results may be obtained with a 240 mg rather than the 60 mg per day dosage used in this study.

Ginkgo biloba extract has been shown to produce positive effects on mental function in many cases of dementia (senility), including Alzheimer’s disease. GBE has been shown to increase the functional capacity of the brain in many subjects. However, GBE seems to be of little value in people with established Alzheimer’s disease. If the dementia is due to decreased blood flow or depression, GBE is usually effective in producing some improvement.

GBE was first shown to improve mood in double-blind studies in patients suffering from cerebral vascular insufficiency. Additional double-blind studies have confirmed the antidepressant effects of GBE.  In one double-blind study, forty subjects (age ranged from 51 to 78 years) diagnosed with depression, and who had not benefited fully from standard antidepressant drugs, were given either 80 milligrams of GBE three times daily or a placebo. By the end of the eight week study, the average total score on the Hamilton Depression Scale fell from 14 to 4.5 in the GBE group. In comparison, the placebo group dropped from 14 to only 13.

GBE has been shown to improve vertigo due to cerebral vascular insufficiency. In tinnitus (ringing in the ear) the results with GBE in double-blind studies are contradictory. The explanation for these differing results lies in the fact that people with recent-onset tinnitus are more likely to respond to GBE compared to those who have had tinnitus for at least 3 years.

Other applications of Ginkgo extract

Because of the general effects of GBE improving energy production, acting as an antioxidant, and improving blood flow there is a long list of other conditions where it might be helpful including attention deficit disorder; antiaging; diabetes; liver and detoxification support; stress and anxiety; and protection the skin against sun damage.

The typical dosage of the GBE standardized extract to contain 24 percent ginkgo flavone glycosides has been 80 mg three times a day. It is difficult to devise a dosage schedule using other forms of ginkgo, owing to the extreme variation in the content of active compounds in dried leaf and crude extracts.

Ginkgo biloba extract is extremely safe and side effects are uncommon. As the effects of GBE during pregnancy and lactation have not been sufficiently evaluated, it should not be used during these times.

Although quite rare, GBE may potentiate the effects of blood thinning drugs like Coumadin® (warfarin) as well as possibly enhance the antiplatelet effects of drugs like aspirin and Plavix® (clopidogrel).

A Quick Guide to Propolis

Propolis is the resinous substance collected by bees from the leaf buds and barks of trees - especially poplar and conifer trees. The bees utilize the propolis along with beeswax to construct the hive. Propolis has antibiotic activities that help the hive block out viruses, bacteria, and other organisms. Commercial preparations appear to retain these antibiotic properties. In addition, according to test tube and animal studies, propolis exerts some antioxidant, liver protecting, anti-inflammatory, and anticancer properties.

Phytosomes are advanced forms of herbal products that are better absorbed, utilized, and as a result produce better results than conventional herbal extracts.

A Quick Guide to Digestive Enzymes

One of the most popular natural digestive aids is enzyme supplements. This quick guide will answer some frequently asked questions on these valuable dietary supplements.