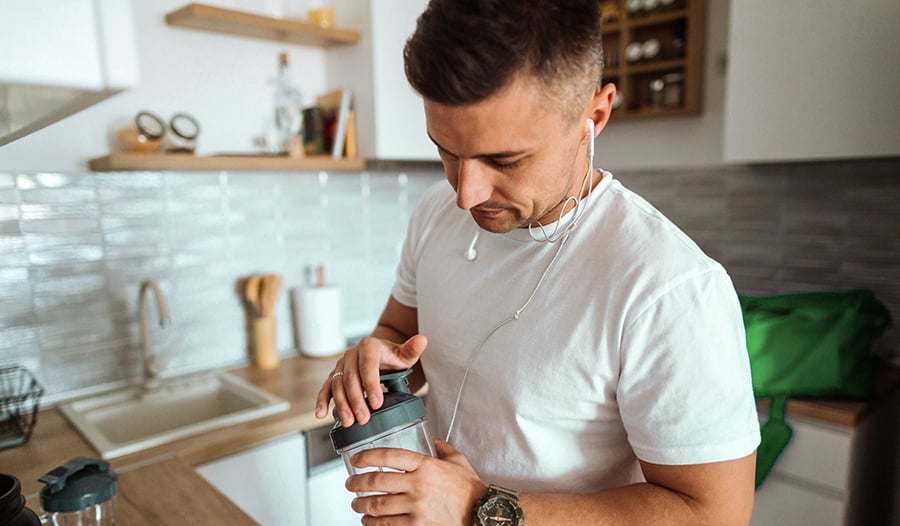 There are a few who would disagree that human milk is the preferred source of nutrition for a newborn baby. All-female mammals make milk, which has exactly what is necessary for healthy development during the most critical phase of life. Part of what gives mother’s milk its nutritional value is a substance called colostrum, the substance secreted by all female mammals the first 48 hours after giving birth. Some refer to colostrum as the “Elixir of Life”.

Antimicrobial and Antibacterial Effects of Colostrum

In addition to immunoglobulins and growth factors, colostrum also contains antimicrobial peptides, specifically, human beta-defensin-2 (hBD-2). These antibacterial proteins protect a baby from harmful infections such as salmonella and e. coli, which can be life-threatening if contracted early in life. While breast milk also has antimicrobial properties, colostrum has a relatively higher concentration of hBD-2.

Scientists have learned that colostrum is a key component in helping support a healthy immune system, specifically enhancing disease-fighting cells, which are appropriately named “natural killer” or NK cells. A 2014 study in Nutrition Research showed that colostrum could help NK cells fight off the influenza virus in addition to other viruses that cause upper-respiratory infections.

Studies also show that lactoferrin can bind to toxins secreted by harmful gram-negative bacteria, such as e. coli. This is important as the secretion of these toxins from bacteria is what causes sepsis, a blood infection which is the leading cause of death in those admitted to the intensive-care unit.

Fortunately, scientists have been able to isolate colostrum from cow’s milk and use it as a dietary supplement. This allows its health benefits to be realized by those beyond the weaning period.

NOTE: Those who have a true dairy allergy should consult with their doctor before using colostrum. Most with lactose sensitivity do not have issues when consuming colostrum.

Colostrum can have benefits for the following conditions.

More than 2,200 years ago, Hippocrates, the father of modern medicine, realized that “all disease begins in the gut”. Today, we are finally realizing the importance of gut health and the role it plays in systemic health. By age three, adult-equivalent gut biodiversity is frequently achieved in the human body. When it is not optimal, one is at increased risk for auto-immune conditions such as rheumatoid arthritis, lupus, multiple sclerosis, and other auto-immune diseases.

Those with anxiety, depression, fibromyalgia, and chronic fatigue syndrome are more likely than not to have digestive issues. Optimizing intestinal health is paramount to achieving overall health and wellbeing. Ideally, gut health should first be attained through diet with the consumption of vegetables and foods that have prebiotic and probiotic properties. Frequently, supplements are also needed. In addition to probiotics supplements and L-glutamine, colostrum appears to also benefit gut health.

Leaky gut, present when one has increased intestinal permeability, is a common problem many face, especially those with irritable bowel syndrome, or IBS. A 2017 study in Nutrients showed that colostrum could help repair this important intestinal barrier, helping to heal a leaky gut membrane. In addition, colostrum may help reduce inflammation in the gut by inhibiting the NF-kappa B pathway, a primary cause of intestinal inflammation.

A 1995 study showed colostrum could be beneficial in protecting children against rotavirus, a common cause of children’s diarrhea worldwide.

Stomach ulcers affect more than 60 million people worldwide. A common cause is the routine consumption of aspirin and non-steroidal anti-inflammatory drugs (NSAIDs include ibuprofen, naproxen, meloxicam, diclofenac, etc.). While these medications are helpful for many with chronic pain and arthritis symptoms, they also increase the risk of bleeding ulcers. Prescription acid reducers are also beneficial but are not without side effects. Research has shown that colostrum, when taken daily, may be beneficial in preventing stomach ulcers.

Those undergoing chemotherapy for cancer treatment also frequently sustain colon inflammation, resulting in diarrhea. Colostrum may be an option and has been shown beneficial in animal studies.

Lastly, a 2000 study in the American Journal of Clinical Nutrition discussed colostrum’s benefit in treating those with inflammatory bowel disease (IBD) such as Crohn’s disease or ulcerative colitis. Again, the likely mechanism is reparation of an inflamed leaky gut.

Ligaments are the tissues that hold our bones together while muscles are the organ responsible for movement. However, we rarely pay attention to the nutrients needed to ensure these systems are functioning appropriately. As we age, the body’s ability to absorb nutrients diminishes. When we combine that with the fact that many of our foods are nutrient-poor, we increase the risk of ailments or injury. Athletes are especially at risk for injury due to the high demands they place on their bodies.

Athletes frequently take colostrum in hopes of attaining a competitive advantage. One study showed athletes had increased IGF-1 during strength and speed training. IGF-1 helps the body repair and renew itself. In fact, the NCAA (National Collegiate Athletic Association) does not allow collegiate athletes to consume colostrum while the World Anti-Doping Agency advises against it in those competing at the elite level.

A 2002 study in athletes did not show an increase in IGF-1 but did eventually note a 5.2 percent increase in exercise capacity after eight weeks of supplementation. A 2001 study in Nutrition showed that men and women who supplemented with high-dose colostrum (20 grams/day) in combination with exercise training had an increase in lean body mass.

A healthy immune system is important for overall health and wellbeing. The immune system is not only responsible for protecting against infections from bacteria, viruses, and fungi but also detects and destroys abnormal cells which may be cancerous.

One’s immune system can be weakened as a result of poor nutrition and/or environment toxins and stressors. Deficiencies in zinc, B-vitamins, vitamin D, vitamin C, and other nutrients, immunity can be impaired, and a person may be more susceptible to an acute infection and chronic illness.

Since chronic stress can also suppress the ability to fight off infections, finding healthy ways to manage life’s challenges is key. Regular exercise is one tool that can help one accomplish this goal.

A 2007 study compared two groups of adults. Both received the influenza vaccine, while one half was given a colostrum supplement and the other was prescribed a placebo. The researchers concluded that colostrum combined with vaccination was three times more effective in preventing the flu when compared to vaccination alone.

Colostrum has also been shown in various studies to reduce the incidence of upper respiratory infections. A 2016 study of athletes also showed similar benefits.

High cholesterol and fatty liver are common conditions that increase the risk for coronary heart disease and stroke. A 2012 study, using an animal model, showed that oral colostrum could help reduce inflammation seen in fatty liver and could help lower triglycerides, both leading risk factors for cardiovascular disease. Human trials are still lacking, however.

Chronic fatigue is a common issue that limits the ability to live life to the fullest. Finding and reversing the underlying cause is crucial. Many rely on supplements to give them extra energy, including vitamin B12, Co-Enzyme Q10, D-ribose among others. Colostrum can also be added to that list as a 2015 case report showed that colostrum could be beneficial in those with chronic fatigue symptoms. More studies are still needed.

For decades, scientists have observed that children who grow up on farms are less likely to have asthma and allergy symptoms when compared to those who do not live on a farm. It is now believed that part of this reason is exposure to unpasteurized milk and the components it contains.

A 2016 randomized double-blind placebo-controlled study evaluated 38 children with asthma and allergies. Nineteen received bovine colostrum, while the other 19 were given a placebo. After three months, researchers saw a significant reduction in nasal allergy symptoms and an improvement in lung function.

Pet owners frequently give their dogs colostrum and other pet vitamins to help ensure optimal “furry friend” health. The top reasons one uses colostrum for pets include allergies, digestive health, oral health, anti-aging, auto-immune conditions and also joint health. Many report an improvement in their dog’s health as a result.

Monolaurin: Why Supplement with this Natural Antimicrobial?

Monolaurin is a fat that is found in breast milk where it appears to play a role as a naturally-occurring antiseptic. It is also found in coconut oil and can also be formed in the human body from lauric acid, which typically composes about 50% of the fat present coconut oil.

A Pediatrician’s Guide to Vitamins

As a board-certified pediatrician, I’m often asked which supplements or multivitamins I recommend for keeping babies and tots healthy.