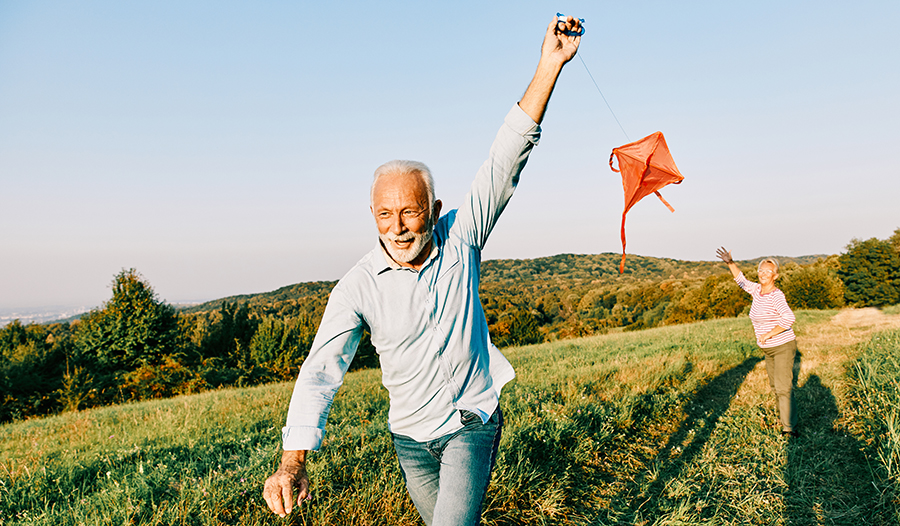 Life on this planet is an amazing process. It involves creating and transferring energy. Quite simply, energy is the currency of life. Let's look at where it comes from and how to have more of it in our own lives.

Plants create energy to fuel their life and growth by transforming the sun's energy into chemical energy through photosynthesis. Humans generate energy from the food we eat with the help of mitochondria, the energy-producing compartments in our body's cells.

Mitochondria are incredible mini energy factories that vary in number from cell to cell based on the energy requirements of the particular cell type. Most cells have about 300 mitochondria, but cells that require a lot of energy, like the liver and heart, have 2,000 and 5,000 per cell, respectively. And some brain cells have close to a million mitochondria per cell.

Consider the following wonder of nature: mitochondria became part of cells in primitive organisms over 1.5 billion years ago as these host cells engulfed an early form of bacteria. Primitive host cells could not destroy the bacterium that became mitochondria, so the two cells (host) and bacterium (future mitochondria) learned how to live together to become one. And interestingly, when humans reproduce, it is the mother's mitochondrial DNA that passes to the child.

Mitochondria produce energy from a combination of the food we consume and the oxygen that we breathe. The energy created circulates in the form of a chemical known as adenosine triphosphate (ATP). Remarkably, collectively, the mitochondria in the body produce an amount of ATP approximately equal to our body weight.

ATP: The Energy Currency That Fuels Us

ATP is the currency of the chemical reactions that make us alive. And how much ATP the collective mitochondria produce determines a person's overall energy level. ATP levels play a huge role in how well the brain functions, how quickly we age, the degree of inflammation in the body, the likelihood of developing chronic diseases associated with aging.

In contrast, when your cells are flush with energy, so too is your life. Everything is brighter, especially your mind. And that is our goal in improving energy levels, mental function, and all health conditions associated with aging.

The brain is the most metabolically active tissue in the body, so low mitochondrial function often is most noticeable there. But it affects every cell and function in the body.

For instance, if the liver cell does not have enough energy, it cannot detoxify the body properly. If the muscles do not have adequate mitochondrial function, they cannot get rid of metabolic waste, making them weak and sore to the touch.

If the mitochondria are not functioning correctly, it is a huge problem and explains many of the symptoms in complex chronic diseases, including chronic fatigue syndrome.

A growing amount of research shows that enhancing mitochondrial function can boost energy levels and protect our health. It is also a key strategy to slowing down the aging process, especially in the brain.

Here are my basic supplementation recommendations for good health and mitochondrial needs:

Like an orchestra, it is critically important to have all these dietary compounds to make beautiful music in the form of ATP. Vitamins and minerals are essential nutrients to all of us because our body utilizes them in crucial roles, including mitochondrial energy production and basic cellular functions. And by boosting these functions through supplementation with nutrients like B vitamins, vitamin C, iron, magnesium, and zinc, these same nutrients have all been shown to boost our mood and mental and physical energy levels.1

And beyond essential nutrients, mitochondria also benefit from the following dietary supplements that give mitochondria an extra boost in function.

Coenzyme Q10 and Pyrroloquinoline Quinone (PQQ) are two critical dietary supplements for boosting mitochondrial function that works synergistically together. They work together in acting as a spark plug to ignite the gasoline in a car's engine. Just as a car cannot function without that initial spark, mitochondria in the body cannot produce energy without the spark of CoQ10 and PQQ, igniting dietary fats into energy. One of the additional benefits of PQQ is that it also promotes the spontaneous generation of new mitochondria, a process known as mitochondrial biogenesis. This effect is why PQQ is so exciting as a mitochondrial enhancer.5 PQQ is not made by the body and is a true essential nutrient for all mammals, including humans. In a clinical trial of healthy subjects, PQQ improved cellular energy levels. Meaning cells may function better and feel more energized with increased PQQ levels.6,7

Although the body can make CoQ10, considerable research shows lower body production in certain situations and significant benefits with CoQ10 supplementation used to restore proper levels in the body. This fact is especially true in those with decreased cardiovascular function, high blood pressure, or those taking statin-type cholesterol-lowering drugs. These situations are associated with low CoQ10 levels, and supplementation will restore normal CoQ10 blood levels.8,9

In addition, older people, in general, have increased CoQ10 requirements as CoQ10 levels are known to decline with advancing age. And that is not a good situation, as it means less energy is being produced, which leads to fatigue, reduced cellular function, and impaired brain function.8 Fortunately, the combination of 200 mg of CoQ10 with 20 mg of PQQ daily improved memory and brain function in middle-aged subjects much better than either nutrient alone.10

Carnitine functions similarly to a fuel injection system in the mitochondria. But instead of burning gasoline, the mitochondria use fat, specifically long-chain fatty acids, as the fuel source in energy production. Carnitine is required to transport these long chains of fat into the mitochondria.11 I recommend the acetyl-L-carnitine form. It is a mitochondrial rejuvenator.12

Alpha-lipoic acid is a sulfur-containing, vitamin-like substance that plays an essential role as the necessary cofactor in two vital energy-producing reactions in the mitochondria involved in ATP production. Lipoic acid promotes improved liver health and metabolism. I like the stabilized R-Lipoic Acid as the best form.13

I cannot stress enough how a good night's sleep could improve our energy levels, mitochondrial function, overall health, and ability to fight infections. One nutrient that is critical to considering supplementing is magnesium. Low magnesium status can produce fatigue due to decreased mitochondrial function. So, it boosts true energy. It also creates a calming effect and promotes restful sleep, especially if taken at bedtime.14

Magnesium is a critical nutrient that most people do not consume enough. Boosting levels will often produce significant improvements in energy levels, especially in those who battle fatigue.1,15

Magnesium is available in several different forms. Absorption studies indicate that magnesium is easily absorbed orally, especially when it is bound to citrate and glycine (bisglycinate), aspartate, and malate. Inorganic forms of magnesium such as magnesium chloride, oxide, or carbonate are generally well absorbed but are more likely to cause diarrhea at higher dosages.

Previous Article
3 Supplements That Can Benefit Beginner Lifters
Next Article
What Is Pterostilbene? Here Are 7 Potential Health Benefits

10,568 Views
A common complaint you hear from people these days is about how tired they are. Indeed, with not enough time in the day, people sleeping less and eating worse, there is a short supply of energy. However, sometimes those six cups of coffees a day can start to take a toll. If you feel this way, maybe it’s time to consider these natural energy hacks.

91,301 Views
Low energy (also known as fatigue or sometimes chronic fatigue syndrome) is a common reason for doctor visits. Sometimes finding the cause for constant sluggishness is simple while other times it can be elusive for both doctor and patient alike. There are many medical reasons a person may be fatigued.

9 Natural Ways to Enhance Your Mind

46,591 Views
Nootropic is a term used to describe so-called “smart drugs” or “smart supplements” that can improve cognitive function.