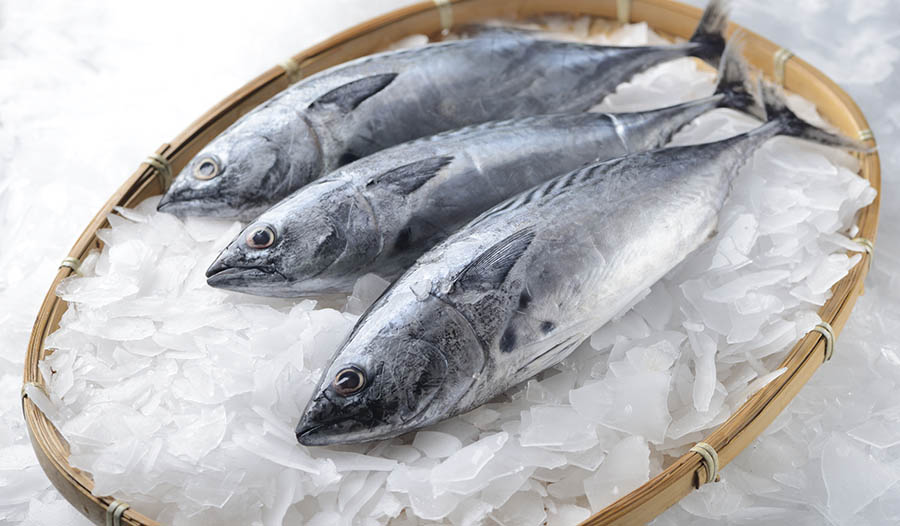 High blood pressure directly kills over 50,000 people in the United States each year and contributes to another 200,000+ deaths. Obviously, it is a HUGE problem. Compounding the matter is that the various drugs used to treat high blood pressure often make patients feel worse because of side effects. Fortunately, there is an amazing new natural approach that is both safe and effective in helping to lower blood pressure.

What are Fish Peptides?

Fish peptides are composed of a purified mixture of 9 small peptides (proteins) derived from muscle of the fish bonito (a member of the tuna family). This natural supplement is available at health food stores under the name of PeptAce™ Fish Peptides. PeptAce™ is free from heavy metals (e.g. lead, mercury, etc.), pesticides, and other contaminants.

How does it work to lower blood pressure?

Fish peptides work to lower blood pressure by inhibiting ACE (angiotensin converting enzyme). This enzyme converts angiotensin I to angiotensin II – a compound that increases both the fluid volume and the degree of constriction of the blood vessels. If we use a garden hose model illustrate the pressure in your arteries, the formation of angiotensin II would be similar to pinching off the hose while turning up the faucet full blast. By inhibiting the formation of this compound, Fish peptides relax the arterial walls and reduce fluid volume and exert the strongest inhibition of ACE reported for any naturally occurring substance available. 1,2

How do Fish peptides differ from the drugs?

The ACE inhibiting drugs are emerging as the preferred drug for the treatment of high blood pressure. The reason is that unlike other drug treatments (e.g., diuretics and beta-blockers) ACE inhibitors actually improve heart function and increase blood and oxygen flow to the heart, liver, and kidneys. This effect may explain why ACE inhibitors are the only antihypertensive drugs that appear to reduce the risk of having a heart attack. Unfortunately, they do not have any effect on reducing the risk for strokes.

The downside to the ACE inhibitors is their side effects including the development of a dry nighttime cough, dizziness, light-headedness, and headache. ACE inhibitors can also cause potassium buildup and kidney problems, so potassium levels and kidney function should be monitored. And, all of the ACE inhibitors appear to be capable of producing a severe allergic reaction that can be life-threatening.

Fish peptides do not appear to produce any side effects according to human safety studies. The typical daily dosage is 1.5 grams, (or 3 tablets daily of PeptACE™ Fish Peptides) but even at a daily dosage of 30 grams per day, not a single subject experienced any side effect including the dry nighttime cough so typical with the ACE inhibitor drugs.

Why doesn’t the fish peptides produce side effects?

The probable reason is that its mechanism of action in inhibiting ACE is different than that of the drugs. Research bears this theory out. The drugs basically indiscriminately block ACE by interfering with its action while the fish peptides interact much differently. ACE converts angiotensin I to angiotensin II by cleaving off a small peptide. Drugs work by directly blocking this action. Fish peptides work differently.

Are there other naturally occurring peptides that inhibit ACE?

Yes, there are other sources of peptides that have been shown to inhibit ACE including peptides from milk, chicken, and other fish. What makes a supplement like PeptACE™ Fish Peptides unique and superior to these other is that while other show activity in test tube studies when they are administered to animals (or humans) they are not active. The difference appears to be the fact that the fish peptides are absorbed intact when taken orally while the others are broken down by digestive enzymes.

What kind of clinical effect has been seen with PeptACE™?

(NOTE: People who do not respond to PeptACE™ after a two-month trial should try Celery Seed Extract [discussed below]). The degree of blood pressure reduction in these studies was quite significant, typically reducing the systolic by at least 10 mm Hg and the diastolic by 7 mm Hg in people with borderline and mild hypertension. Greater reductions will be seen in people with higher initial blood pressure readings.

What is the proper dosage?

The typical dosage is three 500 mg capsules daily. No side effects were reported in the clinical studies and a safety study showed no side effects with dosages as high as 30 g daily. PeptACE™ does not affect blood pressure in people without hypertension.

What else should a person do to help lower blood pressure?

Just like other degenerative diseases including atherosclerosis, the development of high blood pressure is closely related to lifestyle and dietary factors. Some of the important lifestyle factors which may cause high blood pressure include stress, lack of exercise, and smoking. Some of the dietary factors include obesity; high sodium to potassium ratio; low fiber, high sugar diet; high saturated fat and low omega-3 fatty acid intake; and a diet low in calcium, magnesium and vitamin C.

Special foods for people with high blood pressure include celery, garlic and onions, nuts and seeds or their oils for their essential fatty acid content, cold-water fish (salmon, mackerel, etc.) or fish oil products concentrated for EPA and DHA, green leafy vegetables for their rich source of calcium and magnesium, whole grains and legumes for their fiber, and foods rich in vitamin C like broccoli and citrus fruits.

Celery Seed Extract is often an important companion to a product like PeptACE™. It contains a substance – 3-n-butylphthalide (3nB) – that can also lower blood pressure. In animals, a very small amount of 3nB lowered blood pressure by 12 to 14%.5 3nB appears to help lower blood pressure by both acting as a diuretic and vasodilator in a similar manner to drugs known as calcium-channel blockers. The dosage for Celery Seed Extract is based upon the level of 3nB. For the extract standardized to contain 85% 3nB the dosage is 150 mg daily.

Garlic and onions are also important foods for lowering blood pressure. In addition, taking a garlic supplement that delivers at least 4,000 mcg of allicin daily may also be of benefit. 6 Anyone with high blood pressure should also be on a high potency multiple vitamin and mineral formula to ensure optimal levels of key nutrients, especially magnesium.

Can I take PeptACE™ if I am on blood pressure lowering drugs?

Yes. There are no known adverse effects with PeptACE™ including adverse drug reactions. PeptACE™ will not lower blood pressure below the normal range even in people on blood pressure lowering drugs.

Should I stop taking my blood pressure medicines and switch to PeptACE™?

Billions of people fly every year, and tens of millions of these travelers have high blood pressure.

What Does The Research Say About Omega-3 Fatty Acids and Heart Health?

When it comes to heart disease, reducing risk factors like high blood pressure, cholesterol, and diabetes is important. Omega-3 fatty acids may also be key to a healthy heart.