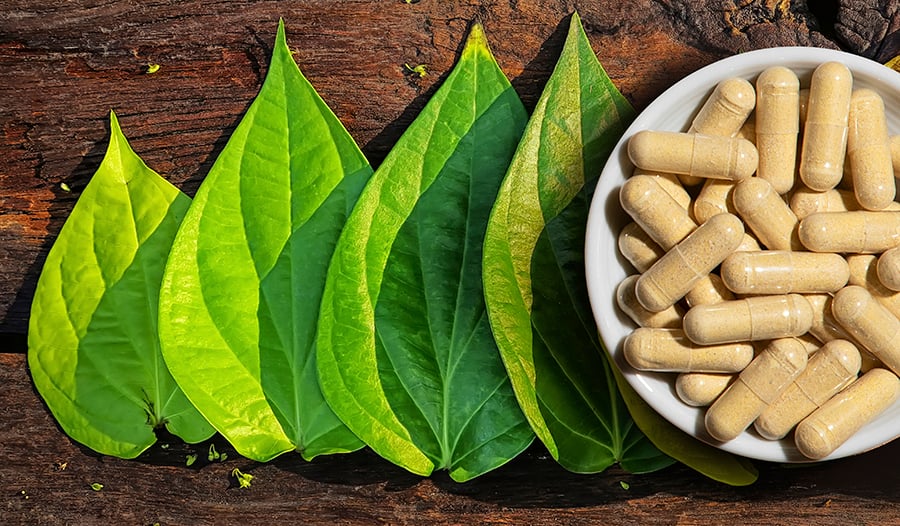 Kava (kava kava or Piper methysticum) is an herb with a long history of ceremonial use in Oceania. The traditional drink was prepared from kava roots using a cold water maceration. Consumption of kava typically provides a distinctive relaxation effect without being intoxicating or hallucinogenic, although excessive amounts can cause vomiting and headache. Traditional use of the plant in Oceania is popular and has continued to this day.

Kava contains compounds known as kavalactones. While our current understanding is incomplete, kava appears to have several relevant activities that contribute to its relaxing properties and effects.

Like other traditional nervines including valerian, passionflower, lavender, and lemon balm, kava also displays effects on the gamma-aminobutyric acid (GABA) neurotransmitter. GABA is the main inhibitory neurotransmitter in the central nervous system, slowing down brain activity. While kavalactones bind to GABA receptors only weakly, they appear to strongly enhance the binding of other molecules. Through enhancements in the binding of these molecules, kavalactones likely enhance GABA activity.

Early animal studies back in the 1960s initially started to demonstrate significant anti-inflammatory effects of the herb. The research showed reduced inflammation with kava from exposure to numerous compounds and ultraviolet light.

Tumor necrosis factor-alpha (TNF-alpha) is a major inflammatory cell signaling molecule. In several autoimmune conditions, standard pharmaceutical treatment involves inhibition of TNF-alpha. Several kavalactones from kava appear to suppress TNF-alpha. Endotoxins are compounds found in the outer membrane of gram-negative bacteria that strongly induce inflammatory responses. In mice given a lethal dose of endotoxin, kava was able to make mice immune to what is normally a lethal inflammatory response.

A double-blind placebo-controlled trial evaluated kava for anxiety-related sleep disturbances. Researchers found that kava improved sleep and reduced anxiety over the four weeks of the study. A large internet-based study found that kava was not significantly better than placebo for insomnia, although again due to the placebo treatment providing large effects. Both kava and placebo reduced insomnia severity scores by almost half in the study.

More research is needed to fully evaluate the effects of kava on insomnia. However, recognizing that kava has well-established anxiety-reducing properties in the published research, it seems likely that kava may provide some symptom relief, at least in a subset of patients with sleep disturbances. 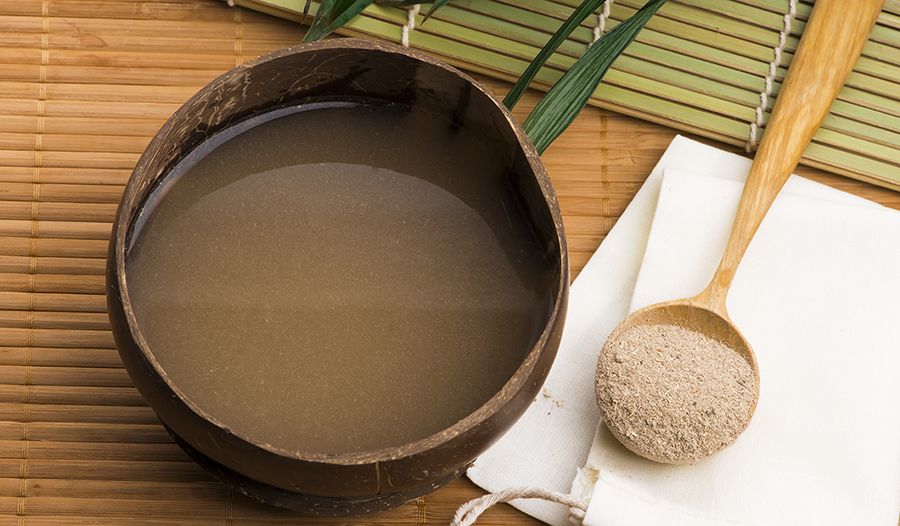 ‌‌‌‌Research on the Anti-Anxiety Effects of Kava in Humans

Studies of the anti-anxiety benefits of kava in humans appear to show fairly consistent effects. Recommendations for the use of the plant therapeutically for anxiety stem back more than 100 years based on observations of traditional use.

One of the earlier initial double-blind trials was from Germany in 1991. The study found a significant reduction in anxiety after just one week, and improvements continued through one month. The treatment was well tolerated without adverse events. A larger trial in 1997 went even longer, 25 weeks, and found significant benefits again with minimal side effects.

A separate double-blind placebo-controlled trial evaluated transitioning from standard anxiety meds, benzodiazepines, to kava as an alternative. They found good efficacy, tolerability, and improved anxiety in the transition to kava.

While one small trial of kava for generalized anxiety disorder did not find significant benefits, the study was small, and the placebo response was robust. Individuals in the study with anxiety improved with kava; although, so did individuals on placebo treatment. A separate small study on postmenopausal women found reduced anxiety with kava at one month that reduced even further by three months. One of the largest outliers was an internet trial that found minimal significant effects of the herb.

A larger, lower-dose trial, using half the standard treatment amount of kavalactones also found some benefits for neurotic anxiety. However, with the lower dose, improvements were not as robust as in previous trials. Following on, a later study evaluated lower-dose kava treatment for anxiety states. Even with lower doses, they still found the treatment to be effective in reducing anxiety and well-tolerated.

While some additional negative trials exist, reviews have generally confirmed that kava appears to reduce anxiety, with one author stating that kava has an “unequivocal anxiolytic effect.” More recent reviews state that while more research is needed, kava may hold promise for treating anxiety and might be an option for short-term anxiety treatment from between 4 and 8 weeks.

Any discussion of the medicinal use of kava must include a discussion on safety. While traditional use of kava has not been associated with liver problems, rare events of liver damage, liver failure, and death have been reported with some kava extracts. While concerning, it is worth keeping in mind that these events are rare, much rarer than liver toxicity from some standard medications in common usage including antibiotics, antiepileptics, and non-steroidal anti-inflammatory drugs (NSAIDS).

Of the case reports for liver toxicity, the World Health Organization reviewed the data in 2008. There were 93 cases with only 8 considered probable due to kava consumption; 53 other cases were possible, although they included confounding factors.

On review of the cases, it was noted that concurrent alcohol intake combined with kava may be a predisposing factor for liver damage. For anyone consuming kava, it is recommended to abstain from combining the herb with alcohol.

It also appears likely that preparations that caused problems were produced with methods different from traditional use and using plant varieties not normally utilized for human consumption. Traditionally, preparations were cold water macerations of roots from “noble” kava plants.

The cases of liver toxicity also appear to follow a change in the type of kava being grown and exported. Noble kava was used for traditional ceremonies, with noble kava taking at least four years of growth until harvest. Unfortunately, due to high demand, one of the major kava extract producers began exploring other varieties of the plant that grew on Vanuatu—the main island of commercial kava production.

After chemical analysis, they found that “two-day” kava grew more quickly and contained higher kavalactone content. This variety of kava was illegal to export for human consumption and was never used in traditional ceremonies. However, the regulations were ignored and the plant was utilized to make acetone kava extracts. The first cases of liver toxicity appeared shortly thereafter.

Clinical trials of kava that have shown safe and effective use of the herb were almost exclusively alcohol extracts from noble kava plants. Of all the clinical trials, 14,114 individuals were given kava preparations without any indication of liver toxicity or problems. The studies generally found kava safe and well-tolerated. With all that being said, out of an abundance of caution, individuals with known liver problems should still avoid kava products. The dosage of kava should also never exceed recommended values.

Kava is a fascinating herb with a long history of safe, traditional use. The research appears to indicate significant anti-anxiety effects, although it may be best for short-term use. When the appropriate plants are used and processed properly, kava appears safe.

While there are rare cases of liver toxicity, the literature suggests these cases are associated with two-day kava varieties, possibly prepared through acetone extracts, that were never authorized for export and human use. As with any herbal product, acquiring the herb from reputable producers is important to minimize risks.

Previous Article
Natural Solutions for a Flaky, Irritated Scalp
Next Article
The Best Supplements to Support Memory and Brain Health As You Age

Ayurvedic medicine involves using natural and holistic approaches to health and wellness. A doctor explains the top ayurvedic herbs from ashwagandha to turmeric.