Lift Your Mood, Lower Your Pain, Light Up Your Brain—Naturally with SAMe 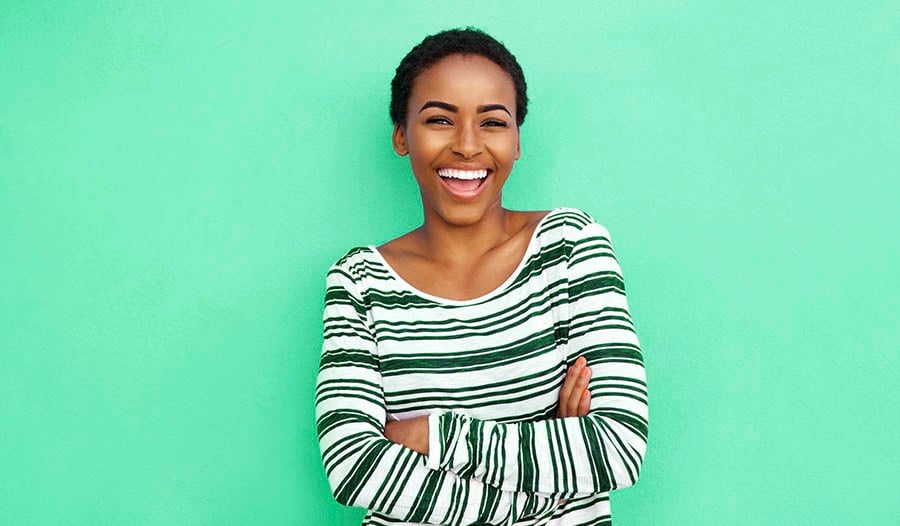 To us, SAMe (SAMe, SAM-e, S-adenosylmethionine, S-adenosyl-L-methionine, Adomethionine) is the most natural antidepressant because it participates in at least 100 biological pathways within the cells throughout our bodies. SAMe donates methyl groups (3 hydrogen atoms bonded to a single carbon atom) and other molecules to build proteins, phospholipids for cell membranes, antioxidants, neurotransmitters that regulate mood, and other important cellular components. The methyl groups SAMe donates to DNA bases can turn gene transcription “on” or “off.” Abnormal methylation has been linked with depression and dementia (Bottiglieri, 2017). For these and other reasons, it is important to maintain adequate SAMe levels. SAMe is generated naturally in our bodies, but many people need to obtain additional SAMe from foods and supplements, especially when they have depression, certain physical illnesses, or excess stress. Because SAMe exists throughout the body it can help to heal many different organs and tissues, including brain, liver, and joints.

The US FDA Agency for Healthcare Research and Quality (AHRQ) review of clinical studies of SAMe concluded that SAMe was as effective as prescription antidepressants for the Treatment of Depression. AHRQ also found it to be beneficial for osteoarthritis and liver disease (2002), noting that additional studies were needed to confirm the findings. The greatest benefits were seen in severe Major Depressive Disorders as compared to milder forms of depression.

SAM-e was shown to be safe and effective for the treatment of Major Depressive Disorders in more than 40 clinical studies. In a recent review of SAMe by the Council on Research of the American Psychiatric Association (Sharma et al., 2017) confirmed that SAMe is very low in side effects when compared with prescription antidepressants and it does not have adverse interactions with other medications. Actually, SAM-e can protect the liver from the toxic effects of other medications, alcohol, and infections such as hepatitis. In addition, studies indicate that SAM-e can accelerate and improve treatment response when combined with standard antidepressants (including MAO inhibitors) (Alpert et al., 2004; Berlanga, et al. 1992; Torta et. al., 1988).

A recent multi-center randomized controlled study of depression failed to find significant differences between SAMe, escitalopram and placebo (Mischoulon et al., 2014), perhaps due to a high placebo response rate, the participation of people with milder (rather than severe) depressive disorders, or the use of a less potent form of SAMe. A re-analysis of the data from one of the two trial sites found that improvements in depression with SAMe were equivalent to the improvements with escitalopram and both were significantly greater than with placebo (Sarris et al., 2014). The difference in findings may also be due to differences in the proportion of women to men at the 2 sites, differences in patient selection, or other factors.

Not All SAMe is the Same

It is particularly important to use the best quality SAMe products. Because SAMe rapidly interacts with oxygen, the tablets should be wrapped in individual blister packs rather than sold loose in bottles. Without this protection, tablets will lose their potency while sitting on store shelves. For the same reason, SAMe tablets must be very carefully manufactured to preserve potency over time.

Side Effects of SAMe

Usually, SAMe is taken at least 30 minutes before breakfast and lunch to assure good absorption. However, if mild nausea occurs, it can usually be relieved by eating a light snack before taking SAM-e or by taking ginger capsules. Abdominal pain, indigestion, loose bowels, and headaches can also occur. Because SAMe is activating, it can occasionally exacerbate anxiety, panic, or agitation, as can any antidepressant.  As with other antidepressants, SAMe, can trigger hypomania or mania in patients with bipolar disorder (manic-depressive) disorder. Rarely, in patients who have irregular heartbeats, the symptoms may worsen with SAMe. Unlike many prescription antidepressants, SAMe does not cause sexual side effects, sedation, weight gain, or interference with cognitive functions. In geriatric populations, SAMe works well and is more tolerable than prescription antidepressants.

If you search for SAMe online you will find a great deal of information, some of it true, some of it not. One myth comes from a study in which a solution of SAMe was injected directly into the brains of rats without a comparison control. Not surprisingly, the injected solution irritated the brain causing tremors. This was misconstrued to suggest that taking oral SAMe could worsen Parkinson’s disease. It also led to the false notion that SAMe could interfere with the therapeutic effects of L-dopa. In fact, SAMe is not only safe, but it is also beneficial for people suffering from Parkinson’s disease (see below). To date, there is no proof that SAMe interferes with L-dopa. Really, it is the other way around—the chronic use of L-dopa can deplete SAMe stores which then need to be replaced by supplementation.

Another frequently repeated myth is that SAMe increases levels of homocysteine (a risk factor for cardiovascular disease). In fact, a randomized controlled study at the Mayo Clinic demonstrated that SAMe did not change plasma homocysteine levels (Thompson, et al. 2009).

People who are elderly or who have significant anxiety, gastrointestinal problems, or serious medical conditions, may need to start on a low dose of 200 mg/day SAMe. Relatively healthy individuals can begin with 400 mg/day. If no problems occur, after 3 to 7 days the dose may be increased by 400 mg weekly to a maximum of 800 mg before breakfast and lunch. The typical dose for mild depression is 400-600 mg/day; moderate depression 600-1200 mg/day; severe depression 1200-1600 mg/day; very severe treatment-resistant depression 1600-2400 mg/day.  Your physician and someone experienced in prescribing SAMe should be consulted before taking doses above 1600 mg/day.

Getting the most out of your SAMe with B Vitamins

SAM-e methylation (donating methyl groups) pathways require cofactors: B12 (methylcobalamin) and folate. Deficiencies of these vitamins, which may reduce the effectiveness of SAMe, can be corrected with 1,000 mcg/day B12, 800-1,000 mcg/day folate, and 50-100 mg/day B6.

SAM-e improves liver function in patients with cirrhosis or hepatitis due to alcohol, drugs, toxins, infections, or gallstones (including during pregnancy) (Lieber 1999, 2005; Mato et al. 1999). Prescription antidepressants, particularly SSRI’s, can cause liver dysfunctions. Statin drugs (used to lower cholesterol), when combined with prescription antidepressants, can increase the risk of liver dysfunction. Moderate to severely elevated liver function tests can be reduced by using SAM-e 1200-1600 mg/day in combination with polyenylphosphatidylcholine, and, if needed, Betaine (trimethylglycine), B vitamins and alpha-lipoic acid (Lieber 2005; Efrati et al. 2003; Kharbanda et al. 2005). Additional benefits have been found in treating depression in patients with HIV/AIDS (Shippy et al. 2004).

Although there are no published controlled studies on the safety and efficacy of SAM-e in children, a few case reports show that it has been used successfully to treat depression in children and adolescents (Schaller, Thomas, & Bazzan, 2004).

People who wish to minimize the use of stimulant medications in managing attention deficit disorder could consider SAMe. One small study found significant improvements in symptoms of Attention Deficit Disorder in men given a trial of SAMe. These benefits may be further enhanced with certain herbs, particularly Rhodiola Rosea (Brown, Gerbarg, & Muskin 2009).

A substantial body of research supports the safety and efficacy of SAMe for treating depression, osteoarthritis, and diseases of the liver. A smaller number of studies suggest that SAMe may also have therapeutic value in the treatment of Parkinson’s disease, attention deficit disorder, neurocognitive disorders, Alzheimer’s disease, HIV/AIDS, and substance abuse.

Consumers need to obtain information on how to find the best quality SAMe and to be alert to misinformation that appears frequently on the Internet (Brown, Gerbarg & Muskin, 2009; Sharma et al. 2017).

Previous Article
The Supplement “Starter Kit” for Your New Year’s Fitness Resolutions
Next Article
What Is CocoCardio? Cordyceps and the Benefits of Dark Cocoa

The Health Benefits of SAMe

One of the very interesting effects of many natural compounds is their ability as a solitary agent to exert beneficial effects on a wide range of health conditions. One of the best examples of this “pleiotropic” effect is S-adenosylmethionine or as commonly known SAMe. Like coenzyme Q10, carnitine, alpha lipoic acid, and many other valuable dietary supplements, our body can manufacture SAMe. But, sometimes it does not manufacture enough or can be aided greatly through supplementation.

A Quick Guide to Vitamin B Complex

B vitamins are essential nutrients required to build healthy cells and are involved in many key biological processes in the body including energy metabolism.

Maca root is a Peruvian plant that's been used for centuries as a natural remedy for a variety of issues. Here are nine health benefits of maca you should know!