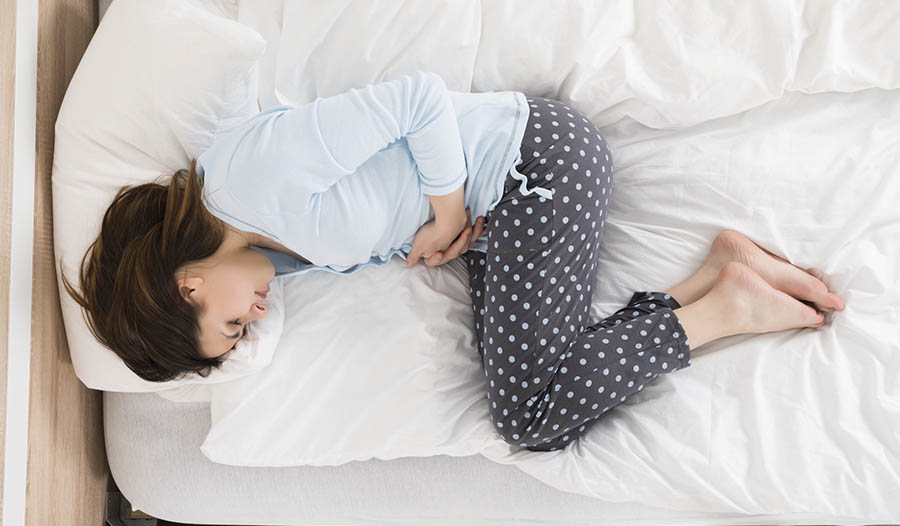 Think PMS is a normal part of being a woman? It doesn’t have to be! You can feel better—less moody, bloated, and fatigued, for example—by trying a few select nutrients

Premenstrual syndrome (PMS)—a recurrent condition that develops 7-14 days before menstruation—affects 30-40 percent of women, with peak occurrences among those in their 30s and 40s. In most cases, symptoms are relatively mild, but they can be quite severe.

Scientists now believe that PMS is the result of alterations in brain chemistry that influence the brain’s sensitivity to hormones—the chief of which may be low levels of the neurotransmitter serotonin. Not surprisingly, then, conventional medicine has focused on antidepressant drugs to treat PMS, particularly selective serotonin reuptake inhibitors such as Prozac and Zoloft—with their significant side effects. Fortunately, many natural agents also show the ability to relieve symptoms and provide PMS relief.

Vitamin B6 has been shown to be effective in relieving PMS symptoms in over a dozen double-blind clinical trials. It may work in part by boosting the accumulation of magnesium within cells–magnesium deficiency has been implicated as a contributor to PMS.

Studies have shown that when PMS patients are given a supplement containing high doses of Magnesium and B6, they experience a substantial reduction in symptoms. Recommended daily dosages are 25-50 mg of B6 and 300-450 mg of magnesium.

5-HTP is the “intermediate” compound between tryptophan and serotonin. It is more helpful in boosting serotonin levels than tryptophan, and has also shown greater effects in improving mood and reducing sugar cravings. The typical dosage recommendation is 50–100 mg three times daily before meals.

The benefits of Chaste Berry in PMS appear to be related to its effects on hypothalamus and pituitary function. As a result, the herb (also called chaste tree berry or vitex) is able to normalize the secretion of various hormones.

One double-blind trial compared a daily dose of vitex (20-mg tablet) with a placebo in 170 women. Over the course of three menstrual cycles in a row, the women were asked to rate changes in their PMS symptoms. Women taking vitex reported a 52-percent reduction in symptoms, compared with only 24-percent for those taking placebo. The recommended dosage of chaste berry (often standardized to contain 0.5 percent agnuside) is 175–225 mg per day in tablet or capsule form, or 2–4 mL (1/2–1 tsp.) per day for liquid extracts.

Is your diet to blame? Women suffering from PMS typically eat a diet that is even worse than the much-maligned standard American diet. Compared with symptom-free women, PMS sufferers typically consume:

Hot flashes are a sudden feeling of feverish heat and generally connected to menopause.

Tinnitus refers hearing a constant ringing, roaring, clicking or hissing sound. It is extremely common as millions of people in the U.S. alone have tinnitus. People with severe tinnitus may have trouble hearing, working or even sleeping. Causes of tinnitus include hearing loss, exposure to loud noises or medicines (particularly Valium-type drugs [benzodiazepines] as well as non-steroidal anti-inflammatory drugs like aspirin and ibuprofen). Tinnitus may also be a symptom of other health problems, such as allergies, high or low blood pressure, tumors and problems in the heart, blood vessels, jaw and neck.