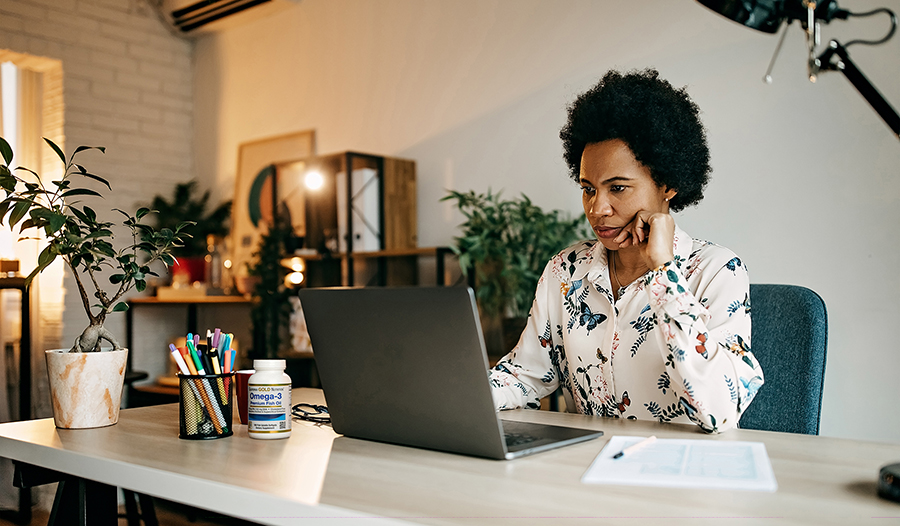 The brain is the body’s most advanced organ. It can take in and process information and calculate billions of calculations per second, control daily body functions and movements without actively thinking about them, and store a lifetime of memories that no current computer can match.

Nootropics represent supplements that have the potential to boost brain power in healthy individuals. Brain health, a multi-dimensional concept, refers to the ability to concentrate, remember, learn, play, and maintain a clear and active mind.

These supplements can support healthy cognitive function, memory, creativity, and motivation. During every stage of life, it is important to care for the only supercomputer that your brain has, and nootropics can help both the software and the hardware aspects of your brain. Consider five supplements that will boost your brain’s performance.

Fish oil comes from the tissue of oily fish. The main components of fish oil that have health benefits include omega-3 fatty acids like eicosapentaenoic acid (EPA) and docosahexaenoic acid (DHA). Omega-3 fatty acids help normal brain growth and development, function, and minimizes physical tension. These oils are classified as essential because we need them for our development and get them from our diet because the body cannot make them.

Omega-3 fatty acids have the potential to help throughout the lifespan of a brain. In school-age and teenage children, supplementation with EPA and DHA may have the ability to help with concentration, spelling, attention, and hyperactivity. In young adults, EPA and DHA may help with managing emotional well-being. During middle age, consuming omega-3 fatty acids at a dose of 2200 mg per day had positive effects on the recollection of placement of missing objects.

In older adults, consumption of 2400 mg EPA + DHA may have an improvement in working memory. Most importantly, throughout these findings, the consumption of omega-3 fatty acids showed individuals having higher contents of membrane fluidity with brain cells in membrane intact — allowing for better transmission of brain impulses. Consuming Omega-3s (also antioxidants) may help in reducing the oxidative stress that many of our cells, particularly brain cells, have during their lifespan — implicated as the cause of a variety of brain health conditions.

Resveratrol, a type of polyphenol, comprises grapes and red wine. It has potent antioxidant properties and anti-inflammatory properties. Resveratrol protects plants against UV radiation, chemical stressors, and microbial infections. In individuals who have conditions that affect memory, researchers have found high levels of inflammation and reactive oxygen species. Due to its anti-inflammatory properties, resveratrol inhibits pathways in the body’s inflammatory cascade, and the regular consumption of products containing resveratrol may help in preventing cognitive decline.

In a systemic review by Cicero, Ruscica, and Banach, the researchers found that the regular consumption of resveratrol for 6-12 weeks showed improvement of brain perfusion — the ability to have enough blood go to the brain to provide it with the nutrients and oxygen it needs to function to full capacity. Decreased brain perfusion due to plaques in the arteries that supply the brain has been associated with rapid cognitive decline and dementia.

Additionally, the researchers observed that consuming resveratrol for 26 weeks leads to heightened cognitive performance compared to individuals taking a placebo. Researchers also found that the consumption of resveratrol helped in the brain’s connectivity with other parts and strengthened the ability of the brain to utilize glucose, the brain’s main source of fuel.

Ginkgo Biloba Extract, derived from the dried leaves of the Ginkgo biloba tree, has been utilized for nearly 5,000 years in traditional Chinese medicine for various ailments. Studies have shown that in healthy individuals, consumption of 120 mg per day of Ginkgo biloba extract may help to boost individuals' working memory and ability to do tasks.

One of the ways that the Ginkgo biloba extract has been shown to help in improving memory has been through its antioxidant properties, which may have neuroprotective effects. Ginkgo biloba extract may perhaps help increase the release of neurotransmitters in the brain that work to send information and signal throughout different parts of the brain.

According to a JAMA review, Ginkgo biloba has been found to protect brain neurons from oxidative stress and decrease injury to brain cells. Given these findings in animal models, clinicians should consider the plausibility of Ginkgo biloba to help prevent further cognitive decline in individuals who suffer from it.

Caffeine — one of the world's most consumed products (mainly in the form of coffee) — represents the second most traded commodity in the world, just behind petroleum. For those that consume caffeine, you will note that one of the primary benefits include feeling more alert, stimulated, agile, vigilant, and maybe even smarter. Caffeine gives this boost of energy to individuals since it has a similar structure to the inhibiting molecule that signals receptors in the body to rest. When caffeine binds to these receptors, it inhibits the brain’s neurons and other regulatory systems from resting — leading to feeling awake and wired.

Be careful in over-consuming caffeine greater than 400 mg per day, or about 4 cups of coffee. Too much can leave you feeling jittery, having sleepless nights, and even triggering fast heart rates called arrhythmias. While you can’t get your daily dose in coffee, caffeine can also be found in chocolates, teas, energy drinks, and tablets. Just like anything else, moderation remains key to getting the full health benefits of caffeine.

Do not substitute sleep for caffeine as a lack of sleep can lead to more harm than caffeine’s benefits can overcome. Be mindful of what you put in your coffee or tea, since adding lots of sugar or cream, or getting caffeine via sugar-sweetened soda, may counter any benefits. Avoid the overconsumption of energy drinks as they tend to have more sugar than the recommended daily average.

Creatine naturally occurs in the body with the reaction of amino acids. It gained popularity with the use of athletes to increase their performance since it stimulates energy supply to the muscles. Through in vitro studies, creatine has been shown to help with increased energy demands of brain cells as well by replenishing the cell’s powerhouse energy source, adenosine triphosphate (ATP).

Supplementation with creatine in healthy individuals has been shown to help with short-term memory and executive functions when it comes to reasoning. Other types of cognitive benefits that have been found with creatine include positive effects on mental fatigue, reaction time, and word fluency. It is important to note that these findings depended on a dose of creatine of 5 grams per day. Creatine levels fluctuate between different individuals due to different dietary habits. Creatine levels in the body have been noted to rise higher in vegetarian individuals after supplementation because the nutrient is mainly found in meat and fish.

Whether you are a college student, an athlete, working hard for that next promotion, or just looking to keep your wits about you for as long as you can, a healthy diet supplemented with any of the above nootropic supplements could help achieve your goal. Remember, these supplements will not give your superhuman abilities. They may offer an edge in performing daily tasks or help you remember more often where you last put your keys.

Before trying to get the edge on your cognitive abilities, ensure that you have mastered getting enough sleep, eating a nutrient-rich diet, and focusing on managing stress and well-being. Remember, if you start your morning with a cup of tea or coffee, you already used a nootropic agent to get your day started. So, if you are thinking about adding another supplement to your daily health routine, make sure to consult with your healthcare provider and introduce one at a time.

Harness the Health Boosting Power of Plants with Polyphenols

Get a more complete picture of what polyphenols are, where to find them, and what they can do for you.

3 Supplements To Boost Your Health Routine In The New Year

If one of your New Year's resolutions for 2021 is to give your overall health a boost, consider adding these doctor-approved supplements to your routine.