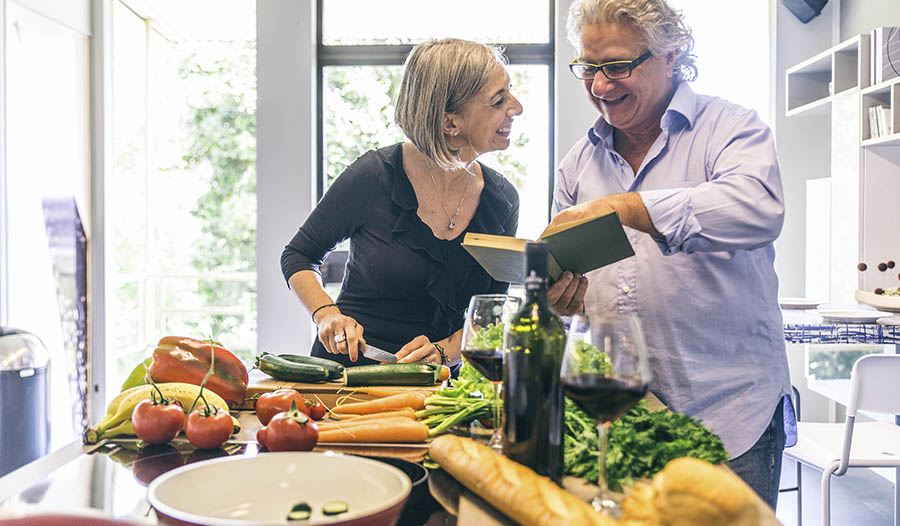 When a person is diagnosed with high cholesterol, a physician will usually advise the patient to improve their diet and increase their exercise. When that is not enough, a prescription medication may be advised. However, many who take the prescribed drugs are concerned about pharmaceutical drug side effects and are searching for something more natural to help improve their health. Red Yeast Rice (RYR) is an option many consider.

Red Yeast Rice (RYR) has been used for almost 2,300 years. It originated in China and has been used as both a food coloring and a medicinal herb. In around 800 AD in China, it was taken internally to “invigorate the body, aid in digestion and revitalize the blood”. RYR has also been used in Traditional Chinese Medicine (TCM) to help the spleen, eliminate phlegm, and improve blood circulation.

In Japan, Red Yeast Rice is called hoji, which translates to “grain or bean overgrown with mold”. RYR is made by fermenting rice with a species of yeast known as Monascus purpeus and contains compounds called monacolins. These chemicals inhibit the production of an enzyme doctors call "HMG-CoA reductase", which when blocked, stops the body from producing cholesterol.

In the 1970s, Merck & Company scientists isolated the chemical monacolin K. Shortly after, they learned how to synthesize this chemical in the lab. They called it Lovastatin (Mevacor, Altoprev, Altocor), a drug that would forever change the way doctors treated high cholesterol and eventually heart disease. A 1987 article in the New York Times explained that this drug would cost up to $3,000 dollars per year for high-risk patients—about $6,500 in today's dollars. Suddenly, this natural chemical used for over 2,000 years was labeled a drug, and the Federal Drug Administration prohibited the sale of all RYR supplements that contained it as an ingredient. Products with elevated levels of monacolin K or those claiming cholesterol-lowering effects were pulled off the market.

Many of the formulas that do remain on the market today avoid being flagged by the FDA because they have minimal levels of monacolin K. In addition, their labels do not make any mention of having a cholesterol-lowering effect.

One common, quality brand has the following description:

“Red Yeast Rice is a natural product that has been used in Asian traditional herbalists since approximately 800 A.D. Produced by fermenting Red Yeast (Monascus purpureus) with white rice, Red Yeast Rice is commonly used in cooking applications to enhance the color and flavor of foods. Peking Duck is an example of the coloration and flavor imparted by Red Yeast Rice.”

The question is often asked, “Should I take a cholesterol-lowering drug or are their alternatives? Before I answer that, let me explain a few things.

Cholesterol is required to make the following:

Studies have shown that if blood cholesterol is too low, a person is at increased risk for depression and suicide. This likely is due to its effects on hormones and the nervous system. In addition, a very low LDL (bad) cholesterol can prevent heart attacks, but it also appears to increase risk for a hemorrhagic stroke (bleeding in the brain)

The first blockbuster cholesterol-lowering drug, known as Lovastatin (Mevacor), was released in 1987. Over the next decade, other blockbuster drugs were formulated and released, including simvastatin (Zocor in 1992) and atorvastatin (Lipitor in 1994). Statin drugs have generated over $200 billion in total sales since 1987. In 2012, it was estimated these drugs generated $29 billion dollars worldwide—they became very popular not only with doctors but with patients also.

Although statin drugs can be helpful when taken for the right reason, many are concerned about the side effects they may pose when taken long term.

According to Epocrates.com, a resource that medical students and doctors frequently use to assist them when prescribing medications, the following adverse reactions can occur from cholesterol-lowering drugs. Most of these serious reactions are very rare and almost never seen by most doctors.

In addition, for every 50 people treated with a statin, it is estimated that one person will develop diabetes as a side effect from taking the cholesterol-lowering drug. There's also the side effect of memory impairment, made well known by US Astronaut and family physician Duane Graveline in his 2005 book, Lipitor, Thief of Memory.

Cholesterol-Lowering—What is the Best Way?

First off, let me be clear: diet and exercise are the most important things a person can do to improve their cholesterol numbers and lower the risk of heart attack and stroke. A diet high in fresh fruits and vegetables is crucial to maintaining a healthy cholesterol level while also reducing one’s risk for cardiovascular disease, stroke, dementia and more. Exercise is also crucial. However, for some, that may not be enough.

A person will need to consult with his or her physician to discuss whether to take a statin drug.    Some may choose dietary supplements, such as Red Yeast Rice. However, for those at high risk, a supplement is not advised.

When deciding if statin is the right prescription, doctors often consider if the patient taking the drug is using it for primary prevention or secondary prevention.

Primary prevention refers to the act of trying to prevent a condition from occurring.  For example, a doctor may prescribe a cholesterol-lowering medication to a person with high cholesterol, in order to prevent a heart attack or stroke from happening. In these situations, alternatives, including lifestyle changes may be considered. As always, check with your doctor prior.

Secondary prevention is the process of treating a person who has already had a heart attack or stroke for the purpose of trying to prevent a “second event” from occurring. This person is considered to be “high risk”.  In this case, the standard of medical care is for these patients to take statin cholesterol medications. Studies have shown the benefits of statin therapy outweigh the risks, in most cases.

However, not everyone can take a prescription statin drug due to the side effects listed above. A 2009 study in the Annals of Internal Medicine studied patients who were unable to tolerate statin medications due to muscle aches, a common side effect. The results showed that Red Yeast Rice could efficiently lower LDL (bad) cholesterol. A 2009 study in The American Journal of Cardiology showed 92 percent who could not tolerate statin medication due to side effects did well with Red Yeast Rice and lowered their cholesterol.

A 2008 study showed that RYR, when combined with lifestyle changes and omega-3 fish oil supplements, LDL (bad) cholesterol could be lowered by up to 42 percent—a result similar to drugs like Lipitor.

Another 2008 study from China reported in the American Journal of Cardiology, included nearly 5,000 people who all took Red Yeast Rice for almost 5 years. The researchers concluded that longer-term therapy with RYR significantly reduce recurrence of heart attacks, prevented new heart attacks, and lowered the risk of dying by 33%. They stated that RYR was safe and well tolerated.

A more recent 2014 study which reviewed 13 other studies, a combined total of 809 patient results, showed Red Yeast Rice lowered total cholesterol, LDL (bad) cholesterol, and triglycerides (fat which circulates in the blood). It did not raise the HDL (good) cholesterol.

A 2015 study showed similar findings, leading researchers to conclude “…RYR might be a safe and effective treatment option for dyslipidemia (high cholesterol) and cardiovascular risk reduction in statin-intolerant patients”.  To translate, they concluded that RYR could not only lower cholesterol but may reduce risk of heart attacks in patients who could not tolerate cholesterol-lowering statin drugs.

Who Should Take Red Yeast Rice?

To be clear, the person who may benefit most from the cholesterol-lowering effects Red Yeast Rice include those at low cardiac risk (non-smoker, no diabetes) and those who have no history of heart attacks, coronary stents, or strokes. In addition, those who are unable to tolerate the side effects of statins frequently take Red Yeast Rice. Consult with your doctor before trying alternatives if a prescription statin drug was advised.

Can Red Yeast Rice be Dangerous?

Like with any supplement, making sure you get a quality product from a quality manufacturer is important. There have been rare reports of Red Yeast Rice containing the fungal toxin citrunin, which can cause kidney failure.  Leading brands have made sure this chemical is not in their formula.

Women who are pregnant or lactating should not consume this supplement. Further, those on statin cholesterol-lowering drugs, fibrate drugs, cyclosporine or anti-fungal drugs, RYR should be avoided. Those with liver disease should avoid RYR as they may be unable to efficiently metabolize the supplement.

Red Yeast Rice is usually dosed at 600 to 1200 mg twice per day.  If you are taking this to lower your cholesterol, you should consider a repeat cholesterol and liver test 3-4 months after starting the supplement to ensure you are responding.  Further, consider adding Co-Enzyme Q10 to your supplement regimen.  Some manufacturers also sell Red Yeast Rice and Co-Enzyme Q10 together in one capsule.

Red Yeast Rice is frequently taken with Omega 3- Fish Oils by those who want to optimize heart health and lower their triglycerides.

Healthy Cholesterol Tips from a Doctor: Supplements, Lifestyle, and Nutrition

Cholesterol and cholesterol treatment can be controversial. In cases where cholesterol needs to be addressed, natural treatments may be an effective option.