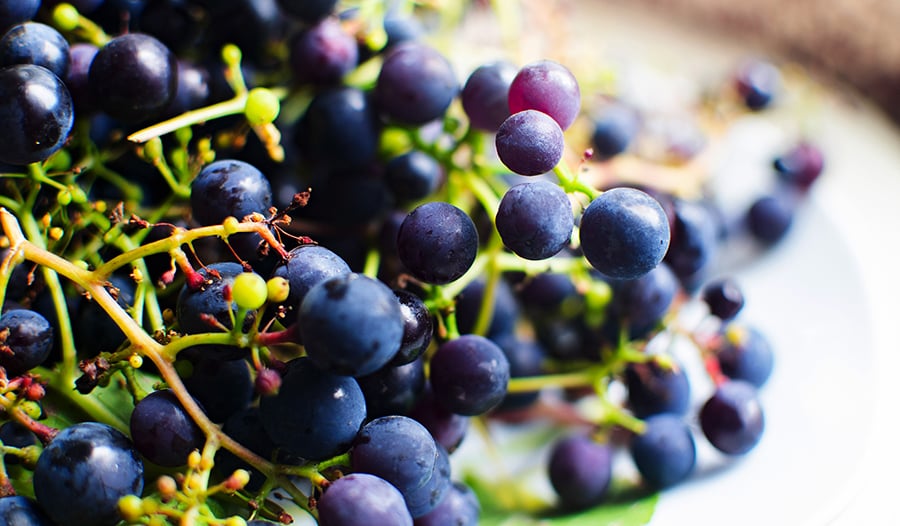 Over the last 30 years, the number of people with dementia worldwide has doubled. This number is expected to continue to rise as the average age of the world population increases. Lifestyle choices such as diet and regular physical activity are an important component in keeping the brain healthy and functioning at an optimal level.

Most have heard that red wine may be good for one’s health, especially brain health. But why is that? According to scientists, it contains a life-preserving compound known as resveratrol.

A 2015 study shows that resveratrol may have the ability to help destroy abnormal cells, prevent vascular disease, and help prevent brain disorders like dementia.

Note: It is important to note that more than moderate alcohol consumption may also be detrimental to one’s health and brain. Therefore, consuming resveratrol from non-alcohol sources should be considered).

Resveratrol is a phytonutrient, a naturally occurring, plant-based compound found in red wine, grapes, berries, and nuts. Its antioxidant properties protect brain cells and other components of cells from oxidative damage.

Resveratrol’s heart benefits are due, in large part, to its ability to reduce LDL (bad) cholesterol and generate nitrous oxide, a chemical that helps blood circulate through the arteries of the body more efficiently. This effect can also help improve blood flow to the brain, which may explain the benefit seen in the study discussed below.

A Study Looks at Resveratrol and Brain Health Benefits

A 2020 study in Nutrients evaluated 129 postmenopausal women whose ages ranged from 45 to 85 years. The women were randomized into two identical groups. 66 of the women were given a placebo pill to take twice per day while the remaining 63 women were given 75 mg of resveratrol to take twice per day. The study lasted for a duration of 12 months. The researchers evaluated resveratrol’s effect on cognition, blood flow to the brain, blood pressure, cholesterol levels, and blood sugar.

After conducting a final analysis, the researchers concluded that regular consumption of resveratrol can improve cognitive brain function in post-menopausal women and could potentially slow cognitive decline in women as they age. Specifically, researchers noted an improvement in the brain’s processing speed, cognitive flexibility, and overall cognitive performance. Blood Flow Velocity (BFV) to the brain was also improved.

They also noted a small improvement in blood sugar levels but no change in other metabolic markers.

These promising findings suggest that regular consumption of foods rich in resveratrol and possibly resveratrol supplements themselves can provide beneficial effects to the aging brain and optimize brain performance and function.

Learn more about resveratrol by visiting my prior article.

Cranberries are a common small, dark red berry with many health benefits. Cranberries are so rich in antioxidants and vitamins that many are making this special—and powerful—fruit a regular part of their diets beyond that holiday cranberry sauce.

Resveratrol – The Fountain of Youth?

On April, 2nd 1513 the Spanish explorer Juan Ponce de León (1460-1521) and his fellow conquistadors landed in what is now known as the state of Florida. Legend has it, he was searching for the "fountain of youth". Obviously, he never found it, but the good news is that scientists have been working hard for decades in search of the “secret formula”.