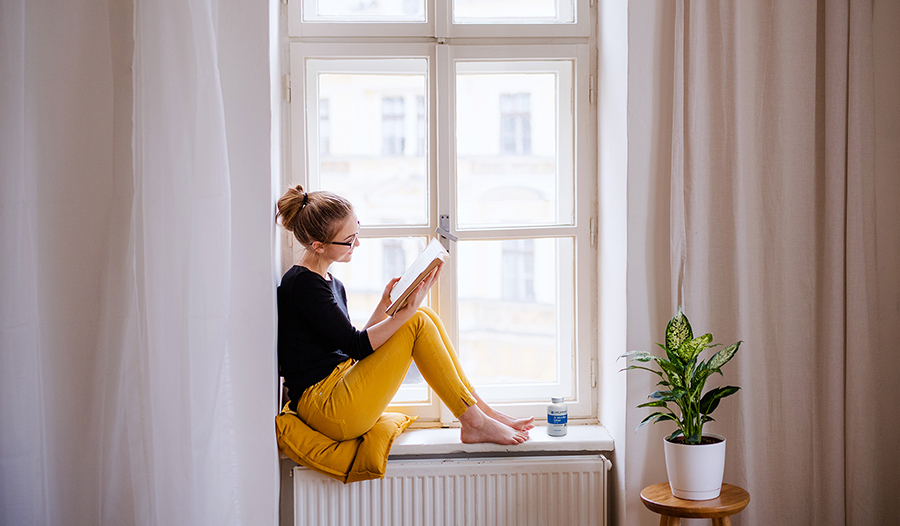 From the time of the ancient Greeks through the Middle Ages, many people believed St. John’s wort possessed near-magical powers in improving mood. On the basis of this long history of use and some preliminary research, in 1984 the German Commission E, a scientific advisory board of the Federal Institute for Drugs and Medical Devices in Germany (the equivalent to the Food & Drug Administration in the United States) published monographs that permitted the use of St. John’s wort (St. John's Wort) as an approved mood-elevating agent.

The German Commission E attested St. John's Wort as both safe and effective. With this designation, when St. John's Wort was prescribed by a physician it was reimbursed by insurance. This system led to several companies achieving success and they invested their profits in funding clinical research. The clinical results from this research led to even greater acceptance by German physicians and soon St. John’s wort became the most widely prescribed approach to improving mood in Germany.

St. John’s wort (Hypericum perforatum) extract is one the most well-studied botanical dietary supplements of all time. There is a lot that is known about the benefits of this important plant and its ability to improve mood based upon over 40 double-blind studies involving over 7,000 subjects. The quality of this research over the past forty years has been judged as being acceptable by even the strictest criteria.

St. John’s wort is a shrubby perennial plant with numerous bright yellow flowers. The term wort is an old English term for the plant. Its naming after St. John was based on the claim that red spots, symbolic of the blood of St. John, appeared on the leaves of the plant on the anniversary of the saint's beheading. Native to Europe, Asia, and the United States, St. John’s wort is now cultivated worldwide. It grows especially well in northern California and southern Oregon.

St. John's Wort’s effects are complex. It exerts a modulating effect between the communication of the immune system and centers in the brain that control mood. It also has an effect on increasing levels of serotonin in key areas of the brain. Serotonin is one of the chemical messengers (neurotransmitters) that carry signals between brain cells. When serotonin levels are low, people feel down, anxious, and tend to crave carbohydrates. St. John's Wort blocks the reabsorption (reuptake) of serotonin into brain cells. As a result, there is more serotonin binding to the adjoining nerve cell and passing on the signal from serotonin.1

St. John's Wort extracts standardized for hypericin (0.3%) have considerable support in the medical literature in elevating mood.1 Large technical reviews known as a meta-analysis have been performed on St. John's Wort extract over the years. The largest to date evaluated the results from 35 studies with 6,993 subjects.2 Detailed analysis showed remarkable efficacy and safety in improving mood, particularly in mild to moderate low mood. In these clinical studies, efficacy is primarily determined by using very detailed questionnaires that assess subjective feelings related to mood, sleep quality, energy levels, physical symptoms, and quality of life ratings. St. John's Wort improves all of these parameters and is generally very well-tolerated with no significant side effects noted.

Despite the positive results in the majority of studies with St. John's Wort extract, two studies showing little effect published in the JAMA (Journal of the American Medical Association) in 2001 and 2002 were highlighted extensively by the media.3,4 These studies, and the subsequent media storm they produced, successfully derailed the growing popularity of St. John's Wort. However, both of these studies seemed to have been designed to produce the results achieved. They both utilized a lower dosage than the effective level for subjects with more severe low mood scores. While some studies showed St. John's Wort extract is effective at a dosage of 900 mg per day, in more severe cases of low mood, a higher dosage of 1,800 mg per day is required.5 The two studies in more severe low mood published in JAMA in 2001 and 2002 used a lower dosage than 1,800 mg. Interestingly, the first negative study was funded by the drug company marketing the best-selling antidepressant drug at that time. And in the second study, St. John's Wort extract was compared to sertraline (a popular antidepressant drug) and results showed that the drug was also not effective in raising the mood in these patients, though the drug did produce significant side effects while St. John's Wort did not.

Furthermore, analysis of the data from the second study showed that there was significant bias by both patients and physicians in their perception (i.e., guess) as to what treatment the patient was receiving that influenced the outcomes considerably.6,7 This bias overpowered the objectivity of the trial and explained the lack of treatment effect.

The results from these two studies derailed the popularity of St. John's Wort in the United States. Total sales in 2020 are less than 5% of what they were in 2001. Despite this loss in popularity, the irony is that the clinical studies since 2002 have continued to show very good efficacy and safety in boosting mood scores.2

‌‌‌‌What Is The Recommended Dosage Of St. John's Wort?

The majority of the clinical studies used St. John's Wort extract standardized to contain 0.3% hypericin. Although hypericin is a key component, a wide range of compounds constituting the remaining 99.7% of the extract also contribute to the mood-elevating effects. To achieve the benefits noted in the clinical trials, it is difficult to recommend any other forms beyond extracts of St. John's Wort standardized to contain 0.3% hypericin.

‌‌‌‌What Are The Side Effects And Drug Interactions Of St. John's Wort?

St. John's Wort extract has shown no significant side effects in the published clinical trials. In general, side effects have not been more frequent than the placebo. At this time because of a lack of definitive studies, St. John's Wort is not recommended for children and pregnant or nursing mothers.

St. John's Wort contains a flavonoid, hyperforin, that has also shown positive mechanisms on improving mood, but it also increases the breakdown of many drugs.9 St. John's Wort extracts that have a hyperforin content of >1% may decrease the blood levels of a variety of drugs such as alprazolam, amitriptyline, digoxin, cyclosporine, indinavir, irinotecan, methadone, nevirapine, simvastatin, tacrolimus, theophylline, warfarin, and oral contraceptives. In particular, women taking birth control pills should avoid taking St. John's Wort extracts with a hyperforin content >1% because hyperforin may increase the breakdown of the birth control hormones, thereby nullifying the effect on birth control.10

St. John's Wort extracts standardized at 0.3% hypericin and with a hyperforin content, less than 1% like this one are recommended to people taking prescription drugs who want to use St. John's Wort.

For those not taking any prescription medications, St. John's Wort extracts standardized at 0.3% hypericin and 2% hyperforin can be used safely.

If you want more medicinal mushrooms in your diet, you have a lot of options. A dietitian explains the most common types, and why you should try them.