Supercharge Your Diet with these Healthy Peruvian Superfoods 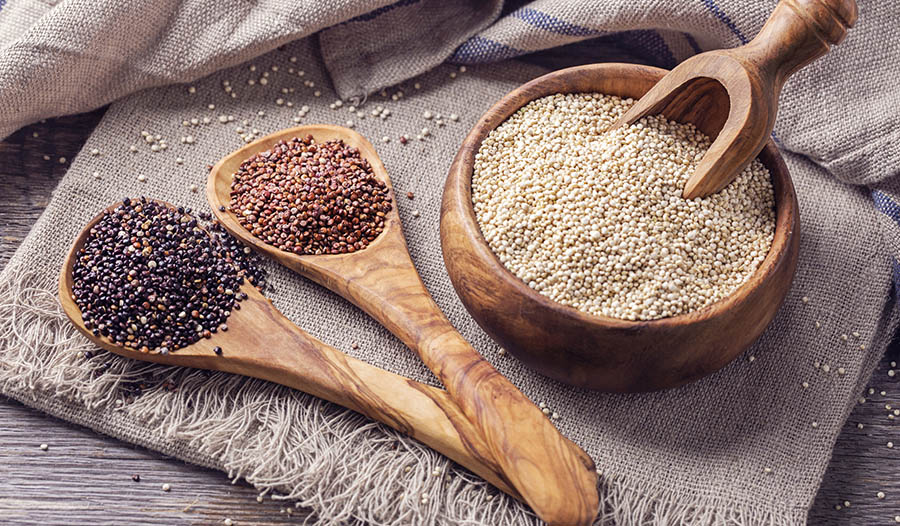 Peruvian superfoods have garnered an enormous amount of attention in the past few years. Health enthusiasts and food professionals alike celebrate the perks of Peruvian ingredients. Grown in the rich soil of the Amazon rainforest and the clean air of the Andes Mountains, these foods are often high in phytonutrients, vitamins, minerals and antioxidants.

In addition, the nutrients in these superfoods produce anti-aging and revitalizing effects in the body. Fortunately, one does not have to traverse the Amazon or Andes to reap the health benefits of these superfoods. Instead, these superfoods are now available as powders, seeds or syrups. A look at the most popular Peruvian superfoods, including camu-camu, sacha inchi, lucuma, maca, quinoa, and yacon, can offer insight into incorporating these ingredients into diet regimens or meal plans.

Camu-camu is edible fruit from the Myrciaria dubia plant in the Amazon rainforest. Ranging in color from light pink to a vivid red-orange, this fruit contains an exceptionally high concentration of vitamin C and bioflavonoid antioxidants. Studies have shown that one serving of camu-camu can contain 60 times more vitamin C than an orange.

Experts recommend eating camu-camu to help boost the immune system, fight free radicals and toxins, and promote longevity. In addition to the antioxidant vitamin C, camu-camu also contains carotenoids and anthocyanin that may reduce inflammation within the body. Traditional Peruvian remedies also incorporate this cherry-like fruit as a natural mood booster. Camu-camu can come in a convenient powdered form, making it easy to add to smoothie, juice and soup recipes. The fruit has a naturally tart flavor that pairs well with sweeteners.

In addition, the oil in sacha inchi is high in alpha-linolenic acid, which is a chemical compound required for metabolic reactions and cerebral health. Sacha inchi translates from the indigenous Peruvian language as "the Incas' seeds," and these kernels have been used for centuries in tribal medicine for their reputed healing benefits.

Lucuma is a tropical and subtropical fruit harvested from the Andean valley. Known for vivid orange flesh, lucuma fruit is the main source of beta-carotene in Peruvian cuisine. As a flavonoid antioxidant form of vitamin A, beta-carotene offers benefits ranging from promoting eye health to reducing the risk of cardiovascular disease.

In addition, the starchy fruit also supplies potassium, magnesium and plant calcium. Locals describe the fruit's flavor as a blend of maple, sweet potato and fresh caramel. As a result of its naturally pleasing taste and aromatic notes, lucuma is the most popular ice cream flavor in Peru.

Maca is a rich herbaceous plant harvested from the high Andes region of Peru. In North America, maca arrives in the form of whole-plant powder that retains its antioxidant properties. Research has shown that maca works as an adaptogen in the body that may boost adrenal function and thereby reduce fatigue and stress. Traditional Peruvian herbalists used maca root powder to boost libido, increase semen volume and reduce the visible effects of menopause. In the Western world, many people use maca to improve endocrine glands and increase energy levels. In addition, its high antioxidant content may provide anti-aging benefits for the skin, nails and hair.

Quinoa is an edible seed native to the Andean mountain range in Peru. Although it is more closely related to beets and spinach than to oats, the grain+-like traits of quinoa make it a useful ingredient for meals ranging from breakfast to dinner. Quinoa is rich in dietary fiber and amino acids that are great for the digestive system and may help lower LDL cholesterol levels.

Because it is not actually a grain, quinoa also offers a solid alternative for people with grain or gluten sensitivities. Quinoa seeds are composed of 18 percent plant protein, resulting in a nutrient-dense food that may help the stomach feel fuller longer. Due to its vitamin density and restorative properties, both the United Nations and the U.S. Department of Agriculture have cited quinoa as one of the most important foods for fighting malnutrition and hunger.

Yacon is a root native to the Andes region in Peru. The root has a naturally sweet flavor that native Peruvians used to sweeten foods and increase the feeling of satiety after meals. Because yacon syrup can be effective in helping individuals feel full, yacon is one of the most promising ingredients for weight loss programs.

The yacon plant derives its sweetness from a high insulin content in the form of fructooligosaccharides. These unique molecular compounds taste sweet but do not get absorbed by the body. As a result, yacon syrup sweetens dishes with fewer calories and side effects than traditional sugar. Because it acts as an insulin, the probiotic fructooligosaccharide compound may also reduce the amount of glucose generated in the liver and help individuals who are currently on anti-diabetic diets.

After harvesting, most of these superfoods are freeze-dried and then ground into whole-food powders. This packaging makes it easy to use and store the ingredients without sacrificing their nutrient properties.

Regardless of whether the ingredients are powders, whole seeds or syrups, the following recipes provide ideas on how to get the most out of Peruvian superfoods.

A smoothie is a great way to get the antioxidant benefits of Peruvian superfoods without stressing over a complicated recipe. Drink this smoothie for an energy boost or a delicious alternative to caffeine in the morning.

This nutrient-packed recipe may help satisfy a sweet tooth while supplying the body with a great source of fiber, vitamins, minerals and protein.

Yacon has a naturally sweet flavor that indigenous people have used to sweeten recipes for centuries. Because it contains fructooligosaccharides, the plant reduces the absorption of calories and sugar, and it may also lower the overproduction of insulin within the body. In its convenient liquid form, yacon syrup has practical uses for numerous recipes within the kitchen. Some suggested applications for yacon syrup include:

The Top 16 Superfoods to Incorporate into Your Diet

Superfoods are a group of foods rich in vitamins, minerals, and plant-based nutrients with antioxidant properties called phytonutrients. Corporate food companies have gone to great lengths to create and market foods that have little to no nutritional value, what we usually refer to as “junk food”. The products are created by food scientist and designed to be addicting, and it's worked—many people in the United States and a growing number of countries around the world are eating processed foods, which increases the risk for many diseases.

A Dermatologist Breaks Down the Best Diet for Your Skin Type

Want great skin? Consider your diet. A dermatologist breaks down the best foods for acne, dry skin, and anti-aging.

Acai is a superfood with many purported health benefits, but which are actually backed by science? A registered dietitian dives into the latest research.