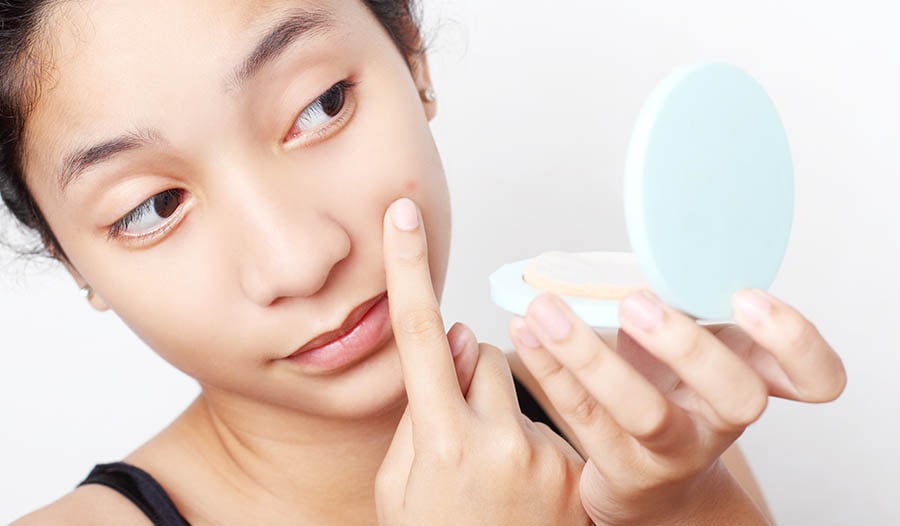 The five most important vitamins and minerals for teenage skin, plus how fish oil protects young brains

Nutrition isn’t a priority for most teens, even though the onslaught of hormones and stress of a growing body make good nutrition a must for a variety of reasons. Take acne, for instance. While theories about direct dietary influences on acne are controversial, there’s no denying that proper nutrition can support healthy skin. In addition to a generally healthful diet, a few specifics are in order for the teenager with acne: Eliminate (or at least limit) all refined and/or concentrated simple sugars, and limit intake of high-fat and fried foods. Of course, that’s easier said than done for anyone, least of all teens. And that’s where supplements can help.

A quality multivitamin/multimineral formula is the best foundation. Here are just a few of the nutrients found in such formulas that play a role in healthy skin. For moderate to severe acne, these nutrients can be taken in addition to using a multi.

Zinc Studies that use bioavailable forms of zinc to treat acne have showed effects similar to those of the antibiotic tetracycline. The majority of patients who responded to zinc required 12 weeks of supplementation before achieving results, although some showed immediate improvement. A typical dosage is 30–45 mg daily. Use zinc bound to picolinate, citrate, acetate, or monomethionine for better absorption.

Chromium is known to improve glucose tolerance and enhance the sensitivity
of the skin cells to insulin. There have been reports of chromium supplementation producing rapid improvement in patients with acne. Take 200–400 mcg daily.

Vitamin B6 is required to break down hormones in the liver. In teenagers, low levels of vitamin B6 can contribute to not only acne, but also mood swings and sugar cravings. It has also been used successfully to treat acne flare-ups during the premenstrual period. Typical dosages are 25–100 mg daily.

While healthy, good-looking skin is only one of many reasons why nutritional supplements and a good diet are crucial during the teenage years, it’s also the benefit that appeals most to teens—especially those suffering from acne. My recommendation to parents is to use this information to full advantage when trying to convince your kids to eat right and take appropriate supplements. They may thank you for it now—and they will definitely thank you for it later.

Fish Oil for the Teenage Brain

Most of us know by now that omega-3 fatty acids in fish oil support brain health. But what you might not know is that an imbalance of fats in adolescence may have long-lasting effects on learning and memory, according to two new studies.

When researchers at San Pablo University in Spain fed adolescent mice a normal-calorie diet that was high in saturated fats, the mice displayed significantly impaired memory and learning. But adult mice on the same diet showed no decline. The researchers examined the brains of the adolescent mice and found changes in the hippocampus (brain regions related to memory) caused by changes in the structure of brain cells. They also found a partial loss of leptin, a hormone released by fat tissue that helps support cognitive function.

In a review of 185 studies, scientists from the University of Liverpool found that fish oil can minimize the negative effects that junk food has on the brain. Recent research has indicated that fatty junk food–packed diets could disrupt a process called neurogenesis, the generation of new nerve cells. But diets rich in omega-3s could prevent these effects by stimulating the area of the brain that controls feeding, learning, and memory.

These studies provide more evidence to support the idea that fish oil is important for teens. The recommended dosage is 1,000 mg of EPA and DHA daily.

5 Ways to Help Your Skin Glow During the Summer Months

See how 5 supplements can help your skin glow and stay young and healthy as you enjoy the sunshine during the summer months.

How to Fight Acne Naturally

If there’s one medical issue that afflicts teenagers and young adults more than any other, that condition is acne vulgaris, the medical term for acne or, simply, the condition of having too many pimples.

Detox and Beautify Your Skin and Hair with Activated Charcoal

Activated charcoal has numerous benefits for the body. Plus, it can be used to improve the health and beauty of hair and skin.