The Health Benefits of Aloe Vera 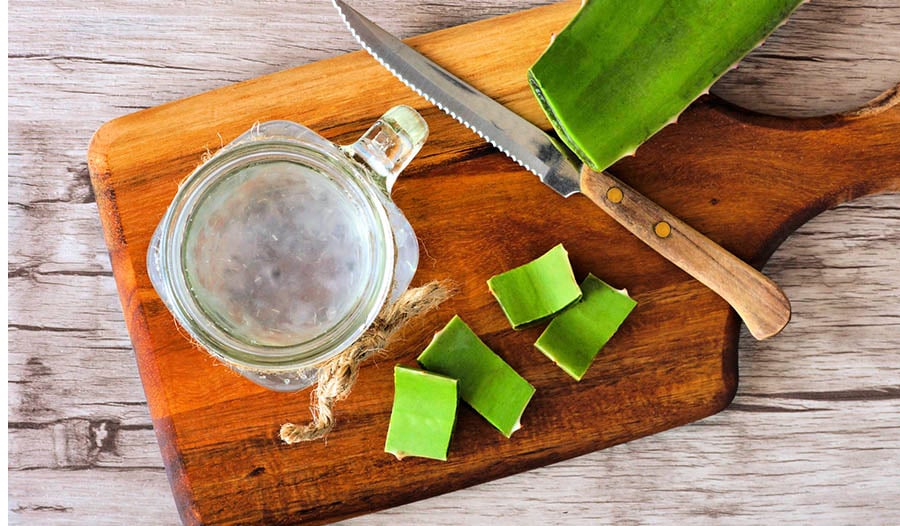 Aloe vera is a prickly succulent plant that has been popular for its medicinal uses in a variety of cultures for thousands of years. Named Aloe barbadensis in scientific literature, its short stem and thick, spiky, green leaves make it easily recognizable.

There are two main parts of the aloe vera plant that are extracted for their beneficial properties. The first is the translucent gel inside the leaves, which is 96% water.  The gel also contains vitamins A, B, C and E, a protein comprised of 18 essential amino acids, and other organic and inorganic compounds. The other useful substance in the plant is the sap, which is also called aloe latex. This sticky yellow residue is found just under the outer part of the plant leaf. Aloe gel is ingested or applied topically. Aloe latex is taken orally, usually to manage constipation.

While aloe vera is best known for having healing effects on the skin, the list of potential health benefits is long. There are several benefits supported by research:

Aloe gel contains polyphenols, which are powerful antioxidants. They can help prevent the growth of certain bacteria that can cause infections in humans. Because of its antioxidant activity, aloe gel can improve inflammation as well.

Studies have shown that applying aloe gel twice per day for eight weeks might help reduce symptoms of oral lichen planus, an inflammatory condition that affects the inside of the mouth.

Speeds the Healing of Burns

Back in 1959, the United States Food and Drug Administration approved aloe vera as an over-the-counter medication for skin burns. It is also highlighted as a burn treatment in the World Health Organization’s monograph of medicinal plants. Studies have shown topical treatment to be effective for first- and second-degree burns. It is recommended to apply a pure aloe vera gel to the affected area three times daily.

Study results support the topical use of aloe gel to decrease the healing time of recurrent aphthous stomatitis, commonly known as canker sores. There is also evidence that pain associated with the sores also improves.

Aloe gel with its antioxidant properties can have a calming effect on the skin, reducing itchiness and inflammation.

It has been used in mild to moderate psoriasis to reduce redness, scaling, and itching. You may need to use it topically several times per day for a month or more to see a noticeable improvement.

Aloe latex contains aloin, which is the compound that gives aloe vera its laxative properties.  A common dose is 50-200 milligrams of aloe latex or juice.

Some concerns have been raised about safety issues with frequent use.  It should not be taken for more than 10 days. Adverse effects may include abdominal cramping and diarrhea. There is also evidence that in high doses, it can cause kidney damage.

Topical use of aloe vera is generally considered safe.  Regarding oral use, there are some caveats:

Thousands of years ago—before incense, gongs and mala beads—people meditated to slow down the mind and center themselves. Today, people all around the world meditate. Why the interest? Meditation is transformative and benefits the body, mind, heart and spirit.

Every major advance in nutritional medicine generally starts out as an unknown entity. That is certainly true for PQQ (short for pyrroloquinoline quinone).