The Health Benefits of Rosemary 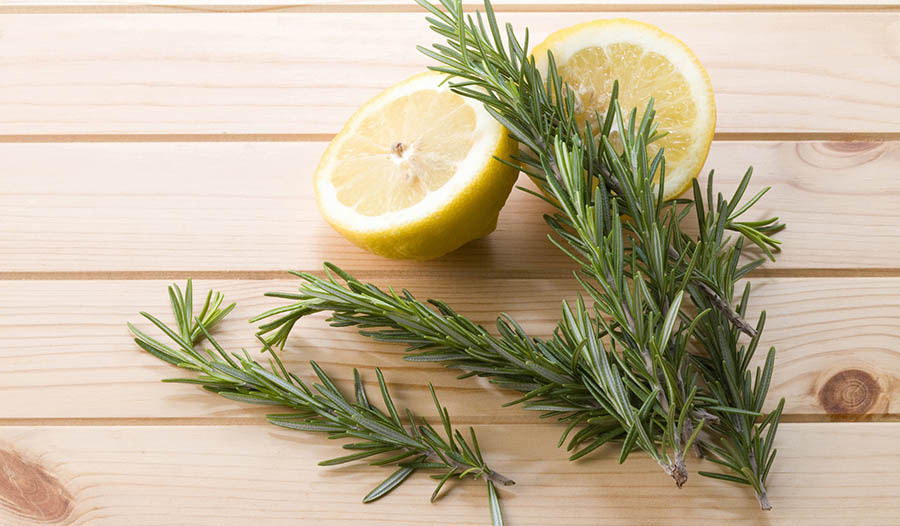 Rosemary is a perennial evergreen herb native to the Mediterranean region. With its fine, needle-like leaves and flowers, it resembles the lavender plant and is related to the mint family.

Rosemary has a distinctive smell and can be grown both outdoors and indoors, as long as adequate sunlight is present. The plant commonly grows along the coastal regions of the Mediterranean sea, simply from the moisture from the ocean. It’s quite a resilient herb and a potent antioxidant.

The ancient Greeks recognized rosemary’s benefits for memory. It has been connected with the Titaness Mnemosyne, the goddess of memory, and it has even been said that ancient scholars would wear wreaths of rosemary during exams to optimize recall.

In modern times, rosemary has been shown to have many health benefits and, according to an article in the New York Times, rosemary plays a big part in the diet of one of the world’s healthiest and oldest living populations—those who reside in Acciaroli, Italy

If you have not cooked with rosemary, now is a good time to start. Rosemary has been used in culinary arts since at least 500 BC and is still used worldwide. It can add plenty of flavor to food — it is frequently added to vegetable soups, casseroles, stews, and salads. Use it in your poultry dishes. It also goes well with rice, mushrooms, and other grains.

Rosemary is rich in the following nutrients:

It is also a rich source of antioxidants, specifically rosamarinic acid and carnosic acid, which are believed to provide many of the herb’s health benefits. When consumed as a food, rosemary is a good source of dietary fiber, which aids in digestion and bowel regularity.

Premature hair loss is a common concern for both men and women. While the cause may be genetic in some cases, stress and hormone imbalance can also contribute to loss of hair. No matter the cause, trying to slow down the loss or encourage new hair growth is a goal for many. Rosemary may be a natural approach one can take to assist with this goal. A 2015 study compared rosemary with the FDA approved drug minoxidil (Rogaine). Results were similar in that rosemary showed improved hair growth, just like the drug, when applied topically to the scalp. It took six months, however, for growth to be seen, so patience is required.

Optimizing memory and brain health is crucial. Developing dementia is one of the biggest fears people have when it comes to aging. Finding novel approaches to maintain memory and sharpen brain speed is critical.

While the Greeks recognized rosemary’s memory benefits thousands of years ago, a 2012 study showed doses of 750 mg per day could be beneficial in cognition while doses up to 6,000 mg had the opposite effect. A 2015 study using rosemary extract (40% carnosic acid) showed a beneficial effect on memory, using an animal model.

A 2017 study concluded, “Inhalation of the rosemary essential oil increased the memorization of numbers” (inhalation can be done using an essential oil diffuser). A 2016 study using animals showed improved brain function in brain-injured subjects while a 2018 study, which added rosemary extract to pure water, noted test subjects had improved cognition when compared to the group who consumed plain mineral water.

May Help with Alzheimer’s

Alzheimer’s disease is the most common cause of dementia in the aged population. It is caused by the formation of beta-amyloid plaques in the brain. Preventing the formation of these plaques and assisting in their removal is key to minimizing memory loss.

In a prior article, Natural Approaches to Alzheimer’s. I explained how a comprehensive approach is fundamental to optimizing brain health and memory. Rosemary may play a role, according to scientific studies.

A 2009 study in Psychogeriatrics revealed that aromatherapy with rosemary could be beneficial in those with Alzheimer’s disease. A 2016 study in Neurochemical Research showed that carnosic acid, an active ingredient in rosemary, could help prevent the formation of beta-amyloid plaques from forming in the brain. This is central to the prevention of Alzheimer’s disease.  More studies are forthcoming.

The sun is vital for overall health and wellbeing. In addition to assisting in the production of vitamin D, the sun provides energy for every living object on earth. However, excessive exposure to the sun’s ultraviolet light can cause skin damage and accelerate the aging process. Finding natural ways to protect the skin is the goal of many as the overall benefit of sunscreen has been called into question over the last several years with some studies challenging its overall cancer-protecting benefits.

A chest or head cold, also known as an upper-respiratory infection, is the most common type of infection worldwide. There are more than 200 viruses that can cause infections of the respiratory tract. Treatment is primarily aimed at symptomatic care such as reducing congestion and assisting one to breathe as easily as possible. To date, there is no “cure” for the common cold.

Inhalation of an herbal mixture containing rosemary can minimize symptoms of upper respiratory infection, according to studies using essential oils. This essential oil can be aerosolized using a vaporizer.

Diabetes is becoming more common as the world population becomes more overweight. Diet and lifestyle choices play a big role in the development of diabetes. According to a 2017 study in Nutrients, rosemary has diabetic-fighting properties. Another 2017 study also showed the benefits of rosemary in the treatment of diabetes. For the many diabetics who develop nerve-related pain, topical rosemary may be helpful for pain management, according to a 2017 study.

Heart disease is a leading cause of premature death worldwide. Those who survive a heart attack are commonly left with severe disability. A 2017 study using rats who had experienced a heart attack, rosemary was beneficial in their cardiac recovery. Human studies are still needed to see if the benefit carries over to people.

Natural approaches to protect one against pathogens are being sought due to a concern of increasing antibiotic resistance. Rosemary is one such substance which has these properties. A 2007 study demonstrated rosemary’s anti-bacterial and anti-fungal properties. A 2017 study also showed rosemary’s antibacterial properties against staph infections, Pseudomonas, and Enterococcus strains of bacteria. Others studies have looked at adding rosemary to food in an attempt to prevent food-borne illnesses from pathogens.

Other Benefits of Rosemary

A 2018 study in Frontiers in Pharmacology showed that rosemary also had beneficial effects on depression and can help rebalance the gut microbiome.

Overall rosemary is safe. However, when applied topically, it can sometimes cause skin irritation, a condition doctor’s call dermatitis. A 2014 study encouraged healthcare professionals to consider this in patients with skin issues. Taken in amounts larger than recommended on the label can cause seizures, pulmonary edema, nausea, and vomiting. If using as an essential oil, dilution is required. There are no known prescription drug interactions with rosemary.

Essential Oil- Directions: Use with a diffuser. Place 2-3 drops in diffuser along with water. Inhale. A few drops can be added to a glass of water to consume orally. Rosemary blends well with lavender and peppermint oils. Learn more about other essential oils.

The Benefits of Elderberry

Elderberry (Sambucus sp.), a flowering plant, has been used for hundreds of years for medicinal purposes by native populations all over the world.

Ginger is a flowering plant also known as Zingiber officinale.

Flower essences, also called flower remedies, are infusions made from the flowering part of a plant.