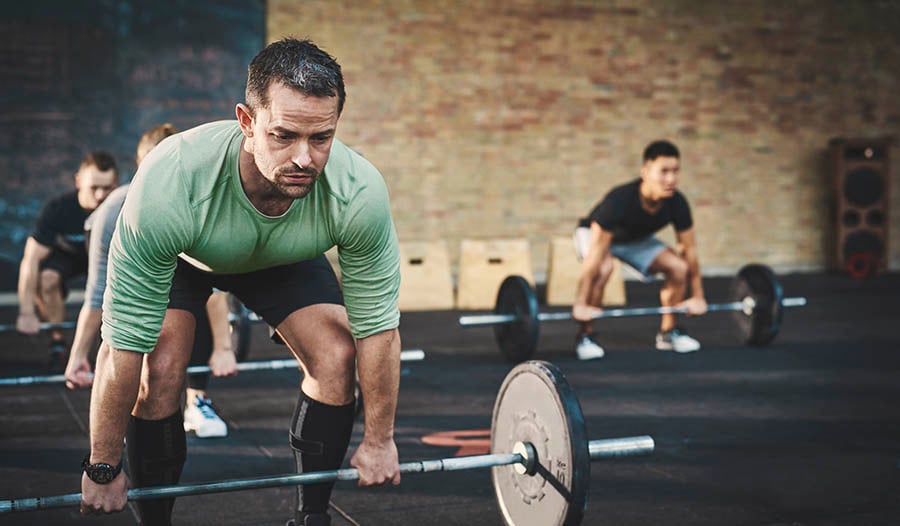 When choosing which supplements to take, there are two main considerations: 1) will the supplement be effective for my goals? And 2) if yes, when should I take the supplement? With thousands of different supplements out there—and tons of opinions about them—deciding on which supplements to use and when to use them can be a bit overwhelming. Fortunately, we can refer to the most up-to-date science to answer those questions. Although supplements have been classically placed into the strict categories of pre- and post-workout, there are several supplements that fit into the “anytime” category, in which the timing isn’t particularly critical so long as you consume a certain threshold amount daily.

Protein is arguably the most important supplement; not because supplementing with protein is necessary, but because consuming sufficient protein (~2g/kg/day) is necessary to optimize muscle building from exercise.1 The reality is that for many individuals, consuming that much protein strictly from dietary sources can be challenging. It can also pose a challenge from a caloric perspective, as protein powders typically contain a very high percentage of protein relative to the number of calories. For example, a typical scoop of protein powder may have around 25g of protein and about 130 calories; an equivalent amount of protein consumed in a steak may have more than 500 calories. Historically, protein has been recommended as a post-workout supplement due to research conducted in the 1990s demonstrating a synergistic relationship between protein consumption and resistance exercise leading to increased muscle building.2 Despite the long-held belief that protein is a necessary post-workout supplement, it appears as though the consumption of protein post-workout is not as crucial as once thought, and the most important factor seems to be achieving a sufficient amount of protein on a daily basis. 3,4 A 2017 study found no difference in strength or muscle mass over a 10-week period in a group that consumed protein before vs after training.5

The two most common types of protein are whey and casein, with the latter being a slower-digesting form which is often recommended for consumption while sleeping to keep a steady flow of amino acids to the muscles. Consistent with the general data on protein timing, the benefits of a specific timing for casein are likely overstated. When consuming sufficient daily protein, casein protein supplementation in conjunction with resistance training did not have any appreciable difference in body composition if consumed in the morning compared to the evening.6

Creatine, which is typically supplemented in the form of creatine monohydrate, provides a source of energy within the muscles. It is naturally occurring, though it is nearly impossible to consume enough from dietary sources to maximize stores within the muscles. Creatine can either be supplemented at 5g/day which will maximize muscle stores within about a month or to expedite that, one can consume 0.3g/kg/day for 5-7 days and then 5/g day thereafter. Most research does not emphasize the timing of creatine, and rather emphasizes daily dosing. A single 2013 study indicated a small benefit to creatine consumption post-workout, though that was a single small study with methodological flaws.7 It certainly won’t hurt to consume creatine post-workout, though most of the research hasn’t shown a significant difference so it’s probably not worth worrying about when to take it; the most important thing is consuming it every day.

Beta-alanine is a non-essential amino acid, that when consumed in sufficient quantities can increase the ability of the muscle to buffer acid within the muscle that builds up because of strenuous exercise. Performance improvements from beta-alanine are typically limited to exercise lasting between 1 and 4 minutes (more likely to benefit a training style closer to CrossFit rather than powerlifting).8 One of the most common side effects is a tingling sensation around the mouth (this is easily mitigated by consuming in smaller doses throughout the day). Likely due to the tingling sensation associated with beta-alanine it is commonly included in pre-workout supplement mixes, as the users will often “feel” it working. The reality, though, is that beta-alanine has no advantage if consumed pre-workout. Like protein and creatine, the most important factor is consuming a sufficient amount daily, in this case, around 4-6g/day. If you prefer a pre-workout mix that has beta-alanine in it, there’s nothing wrong with that, though it’s important to check the amount included as most pre-workout mixes do not have an adequate amount of beta-alanine to effectively improve exercise performance.

The stimulant caffeine is by far the most ubiquitous pre-workout supplement. Although caffeine is found in many pre-workout blends, coffee and energy drinks, it’s important to be aware of the dosing. Most studies that have shown improvement in strength and power typically use around ~ 5mg/kg.9 How much caffeine is that? For an average-sized man that would be 400mg of caffeine or roughly four cups of coffee. The effects will be variable from one person to the next, and it’s probably not a great idea to start off with 5mg/kg in one single dose if you’re not accustomed to that—start with around 100mg of caffeine and work your way up as tolerated to a higher dose. Just don’t expect Incredible Hulk-like transformations after an 8-ounce cup of coffee.

Citrulline malate (CM) is a combination of the amino acid citrulline with malate (from malic acid). It hasn’t been studied as extensively as some of the other supplements as it hasn’t been around as long, though some of the initial research shows some promising results when consumed pre-workout under specific circumstances. The research studies that have shown a performance advantage have been conducted using very intense training sessions with multiple sets taken to failure.10-12 In general, it is not sound training advice to exercise with that degree of intensity on a routine basis, though if you’re incorporating that sort of higher volume and intensity training strategically into an exercise program, CM can likely help squeeze a few more reps out.

Contrary to the prevailing belief that post-workout routines must involve a cabinet full of supplements, the reality is there aren’t any supplements that must be consumed immediately post-workout. Protein is commonly marketed as a post-workout supplement to aid in recovery and start building new muscle. As discussed earlier, protein should be consumed anytime, and since the goal of ~ 2g/kg is a fair bit of protein, that will likely involve consuming protein within a few hours before and after training. A whey protein shake is a convenient way to consume high-quality protein, though don’t feel obligated to down one immediately at the end of every workout. Additionally, creatine may have a marginal benefit consumed post-workout, though this was only seen in a single small study and as such it’s probably not worth the mental anguish worrying about getting your creatine in after a workout—just worry about getting enough every day.

In closing, as more robust research has come out on various supplements, it appears the classical views of pre- and post-workout supplementation have been a bit overblown. The good news, though, is that for the supplements that must be consumed daily to see a benefit (protein, creatine, beta alanine) the timing isn’t critical. Quite frankly, it can be hard enough to remember to reach your daily goal, let alone worry about timing it just right.

Are Pre-Workout Supplements as Good Without the Caffeine?

From average gym-goers to professional athletes, pre-workout supplements have become a billion-dollar business.

Those who hit the gym regularly know how important it is to fuel the body with protein before or after a workout session. A healthy amount of protein helps to heal the micro-tears created when exercising, helping individuals to more efficiently build those muscles. A whey protein shake is one of the quickest and easiest ways to get the protein needed, especially for those who are also busy with a job and other obligations.