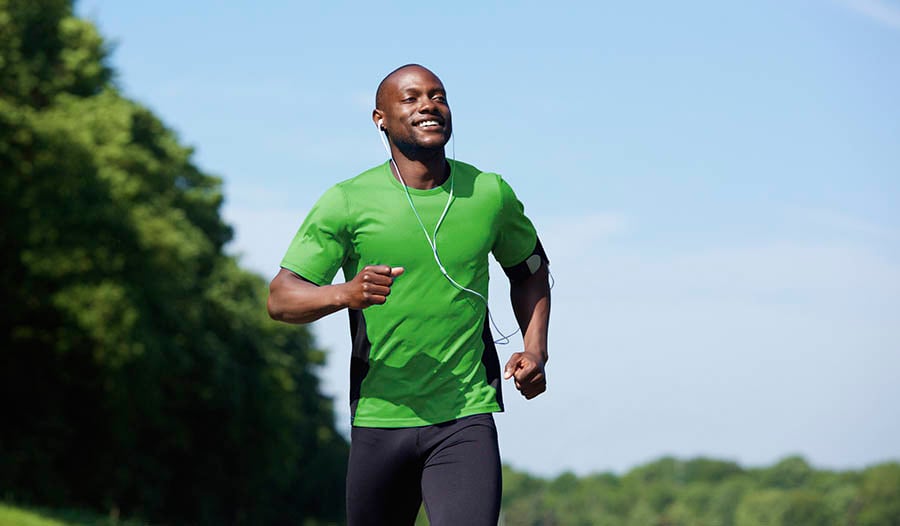 Worldwide, it is well established that men will die at a younger age than their female counterparts. In some countries, the gap can be a close as a year while in others, like Russia for example, men will die almost 12 years before their female peers. Taking positive healthy actions is a step in the right direction to optimize men’s health and minimize this discrepancy.

There may be a few things men can do to help increase their life expectancy. However, before we try and find the solution, we need to understand the top causes of death amongst men. Once we understand that, we can begin making changes.

Heart disease and strokes are leading threats to men’s health in the United States, Europe, and Asia. Heart attacks occur when a  main artery in the heart muscle becomes blocked. This reduced blood flow and oxygen causes the affected part of the heart to become damaged, which may cause the heart to stop pumping or may lead to a deadly heart rhythm.

Strokes occur in the brain when blood flow to healthy brain tissue is also blocked. Eighty percent of strokes are caused by a blood clot in an artery while 20 percent of strokes are due to a ruptured artery, resulting in a bleed in the brain. If not fatal, this can lead to inflammation and certain brain cells dying, which may result in arm and leg weakness as well as speech deficits.

Unfortunately, as more countries adopt the Western lifestyle in place of their ancestral diets, heart disease and strokes will continue to progress. In the United States, alone, deaths due to heart and vascular disease unnecessarily kill more than 1 million people every year. Worldwide, more than 17 million die yearly.

There is also some evidence that gut bacteria may increase risk for heart disease and stroke.  Scientists have shown that when certain gut bacteria digest foods, such as red meat, eggs, dairy and other animal products high in L-carnitine and choline, they make a chemical called TMA (trimethylamine). The liver then transforms TMA into TMAO (trimethylene N-oxide), which causes oxidative damage to blood vessels. It is believed that optimizing gut microbiome health with a diverse-foods diet can help reduce excess TMA from being generated. It is possible that doctors may recommend prebiotics and probiotics in the near future as a method to help prevent vascular disease.

Choosing the right food to consume is one of the most important ways to prevent heart disease while lowering inflammation in the vascular system. The heart benefits of a Mediterranean diet have been proven by multiple studies. A 2013 study in the New England Journal of Medicine, for instance, concluded, “Among persons at high cardiovascular risk, a Mediterranean diet supplemented with extra-virgin olive oil or nuts reduced the incidence of major cardiovascular events.”.

A diet that includes generous servings of nuts, seeds, coconut oil, green tea, fresh fruits and vegetables plays an important role in overall heart health and helps one get adequate vitamins and minerals. When diet is not adequate, supplements may also be considered.

Supplements taken for  a Healthy Heart

Learn more about Natural Remedies for a Healthy Heart.

Lung cancer is one of the world’s most common cancers leading to premature death. Tobacco use causes 85 percent of all lung cancers, and pollution and workplace exposure are also big contributors. Worldwide, Hungarians, Armenians, and Macedonians have some of the highest rates of this devastating disease. Those living in other European countries and North Americans are also at heightened risk while those in Africa, Latin America and the Caribbean have some of the lowest rates of lung cancer.

Risk Factors according to the American Cancer Society

If you are concerned that you may have symptoms of lung cancer, consult with your physician. Most doctors will recommend a chest x-ray. Depending on your risk factors, a CT scan of the chest may also be considered. Those with chronic fungal lung infections can sometimes appear as if they have a lung cancer, so a biopsy is necessary if an abnormality is found.

A 2003 study showed that a diet rich in fruits and vegetables, which has a lot of protecting antioxidants, could reduce lung cancer risk by 25 percent. This likely occurs because antioxidants help protect against toxins. Further, a 2014 meta-analysis study of 8,938 patients showed that diets high in vitamin C (ascorbic acid) were protective against lung cancer. There was a 7 percent reduction in risk for every 100 mg/day of vitamin C consumed. Consumption of vitamins from foods is best but, for some, that may be a challenge. In that case, supplements are considered.

Supplements which may be protective:

Worldwide, tobacco use is a leading risk for developing pneumonia and, even more seriously, chronic obstructive pulmonary disease (COPD),  a chronic lung disease caused primarily by tobacco use. Millions are hospitalized each year for its complications. Stopping tobacco use is the main thing a person can do to help prevent premature death from lung infections.

Tobacco use also reduces vitamin C levels in the blood while also allowing toxins to enter into the bloodstream through the lungs.

A 2016 study by Dr. Shin concluded that pine bark extract could be a potential treatment for COPD while a 2017 study showed those with COPD could slow progression when taking pine bark extract.

Other studies have shown that those with COPD who have lower levels of vitamin D in their blood are at increased risk of breathing difficulties.

A high-fiber diet, rich in generous servings of fruits and vegetables, is crucial to help prevent colon cancer. High-fiber foods help ensure one empties their bowels regularly, which reduces the number of time toxins spend in the colon.

Studies have also shown that a diet heavy in folate, which is found in foliage like green leafy vegetables, can also prevent colon cancer.

Doctors frequently recommend a screening colonoscopy test be done at age 50. Those with a family history of colon cancer in a first-degree relative, such as one’s parents or siblings, may need to undergo colon cancer screening earlier.

A 2017 study also showed that probiotics, specifically lactobacillus reuteri, could possibly help prevent and treat colon cancer using animal models. More research, however, is needed before this can be recommended as a common approach. The good news is there is no evidence of harm from probiotic usage.

There is a lot of controversy as to whether red meat actually increases the risk of colon cancer. Some argue that those who eat a large amount of red meat simply consume fewer fruits and vegetables, which may explain the perceived increased risk. If possible, selecting grass-fed, hormone-free meat is ideal.

Alzheimer’s disease is a brain disorder that generally affects older adults. The condition was named after Dr. Aloysium “Alois” Alzheimer,  a German psychiatrist who in 1906 diagnosed dementia in a woman who had died from a “strange mental illness”. Alzheimer’s disease usually affects those 65 years of age and older, with less than one percent of cases occurring prior to this age. Scientists predict that one in nine people 65 years of age are at risk for this frustrating condition.

Alzheimer’s is believed to be caused by the deposition of a protein in the brain called Amyloid Beta (or Aβ). This Aβ protein creates a type of “scar tissue” in the brain, which results in memory loss and other symptoms common in Alzheimer’s. Preventing Aβ protein from depositing itself may be the answer to both prevent and possibly reverse this horrible disease.

Herbs and other Supplements

Learn more about Natural Approaches to Alzheimer’s and Dementia

Saw palmetto (serenoa repens) is one of the top 10 supplements taken by men to help optimize health.

Asthma is an inflammatory lung disease that occurs when the muscles surrounding the lung tissues constrict. Worldwide, 300 million people are affected while almost 250,000 people die from complications of the condition annually. Asthma can cause symptoms like wheezing, coughing, and shortness of breath.