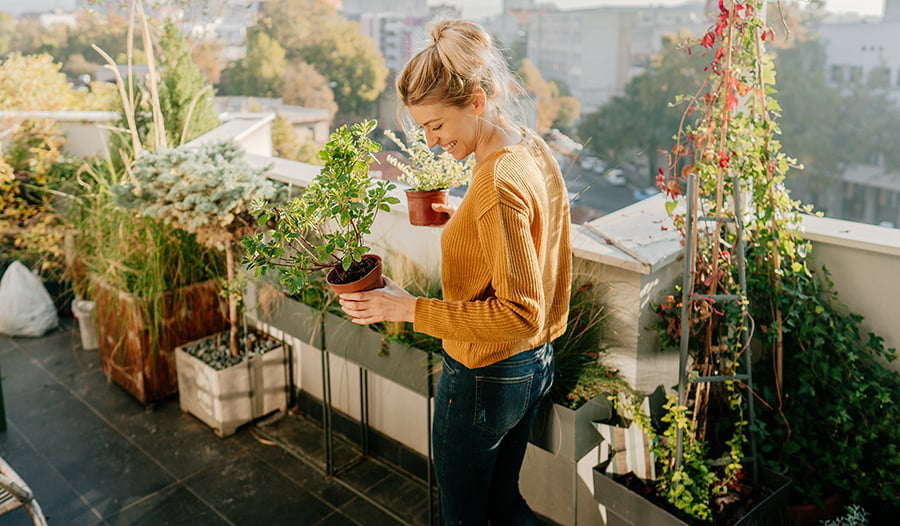 Vitamin D receives a lot of research attention because deficiency is prevalent worldwide, and low levels can have wide-ranging effects. People of all ages and with many different conditions can be at risk for deficiency. Let’s learn more about how vitamin D benefits us.

Do You Get Vitamin D From Being in the Sun?

Our bodies make vitamin D, which is actually more like a hormone than a vitamin when our skin is exposed to sunlight.

This is why people who spend a lot of time indoors or live at higher latitudes are more likely to be deficient in vitamin D. It is also harder for your skin to make vitamin D while wearing sunscreen.

Prevalence of skin cancer has encouraged the recommendation to limit direct sun exposure, but this recommendation may have inadvertently caused vitamin D deficiency to become more prevalent. The key is being balanced.

Short-term sun exposure to make vitamin D is important. Between five and 30 minutes of sunlight directly on the skin between 10 a.m. and 3 p.m. on the face, arms, legs, or back twice weekly is recommended by the National Institutes of Health.

The angle of the sun’s rays affects the ability of our skin to make vitamin D. Decades ago it was noted that there was an increased risk of death from various chronic diseases for those who live at latitudes further from the equator. Both men and women who were exposed to more sunlight throughout their lives had a lower risk of dying from chronic and serious diseases.

What Foods Are High in Vitamin D?

Other than sunlight, you can get vitamin D from certain foods. Oily fish like salmon and mackerel have the most, but egg yolks, beef, cheese, and certain mushrooms also contain it.

Many food products such as milk, orange juice, and cereal are fortified with vitamin D because rickets, a bone disorder in children, used to be very common and are caused by vitamin D deficiency. Supplementation can be an important part of having optimal vitamin D levels, but it is impossible to know what dose you should take without a blood test to see your levels. Ask your doctor about getting a test to see if a supplement would help you.

What Does Vitamin D Do?

A 2012 review and meta-analysis of 24 clinical trials that studied a total of 2,827 participants found that supplementing vitamin D resulted in a significant reduction in the likelihood of developing dental cavities in children and adults. Another 2012 study found that children who already had dental cavities were very likely to be vitamin D deficient. Out of 102 children with cavities, 66% were deficient, 27% were borderline, and only 7% were sufficient in vitamin D levels.

Vitamin D cannot reverse tooth decay that is already present. Talk to your dentist if you have active problems with your teeth.

A 2010 randomized trial looked at vitamin D supplementation and influenza in schoolchildren and found that children who supplemented 1,200 international units of vitamin D daily were less likely to be diagnosed with influenza A during flu season. Another effect noted in this study was that the incidence of asthma attacks also decreased in the treatment group but not the placebo group.

In a 2017 study, vitamin D deficiency was linked to increased risk of autoimmune disease and susceptibility to infections, while optimal vitamin D levels supported immune function. A 2017 systematic review and meta-analysis of 10,933 study participants in 25 randomized controlled trials concluded that vitamin D supplementation is helpful in preventing acute respiratory infections, especially in patients who were very deficient before.

Hair Health Studies have found that patients with autoimmune disorders that affect hair growth such as alopecia are often deficient in vitamin D and supplementation may help grow hair. Women with female pattern hair loss and telogen effluvium, a scalp disorder, have been studied in relation to vitamin D, and results are conflicting.

More research is needed to see if vitamin D is important in these conditions.

A study in rat cells showed that vitamin D maintained proper serotonin (a neurotransmitter associated with well-being) levels in the brain. Certain genetic markers indicate that vitamin D is responsible for making serotonin and can potentially act similarly to antidepressant medications.

A review of studies from 1995 to 2017 found that supplementing vitamin D alongside conventional antidepressant medication may improve the effectiveness of the medication, but there was no clear benefit on other specific mental health conditions.

A different 2017 review article found supporting evidence for vitamin D as a complementary treatment for children and adolescents with mental health issues, but results for mental health issues in adults were conflicting. Seasonal affective disorder (SAD) is sometimes suggested to be related to vitamin D deficiency.

This has been studied, but like many other mental health disorders, the results are mixed and inconclusive. Supplementing vitamin D may be helpful in maintaining a positive, healthy attitude, and a sense of mental well-being. However, more research is needed to confirm if this is a beneficial treatment for mental health disorders.

Calcium is widely known as an important building block for bones and muscles, and vitamin D is the nutrient that may help calcium get absorbed properly in the small intestine. When vitamin D is insufficient, we may not absorb enough calcium even if our intake is adequate. This may lead to various bone disorders and muscle weakness. Studies have shown that supplementing vitamin D may help maintain strong bones.

Another 2013 study found that patients with celiac disease who are also vitamin D deficient are more likely to have psoriasis and anemia. Research has found that inflammatory bowel disease, including Crohn’s disease and ulcerative colitis, may give patients an increased risk of being deficient in vitamin D, especially those who live at higher latitudes and in winter months.

This research has concluded that vitamin D is important for maintaining healthy intestines, may have an effect on the microbiome, and is important for intestinal immune health. However, it is unclear whether deficiency is a result or cause of inflammatory bowel disease.

It is well established in the research that obesity is correlated with low vitamin D levels. This may be because it is fat-soluble, so vitamin stores actually hide out in fat tissue and do not show up in blood tests. Potential mechanisms suggest vitamin D supplementation may help maintain a healthy weight. However, studies attempting to look into this relationship have not drawn strong enough conclusions to make this recommendation.

Can I Have Too Much Vitamin D?

Vitamin D may be toxic if you have too much; it may cause heart arrhythmias, calcification of the arteries and related damage to organs, and kidney stones. It may not be possible to have too much vitamin D from sun exposure. The most likely way to have too much is by taking supplements at too high a dose for too long.

There is significant variation among medical professionals in how to supplement vitamin D. Some providers use a large dose once weekly while others recommend a smaller dose every day. The best way to know you are getting the right dose is to visit your doctor and ask for a blood test and to be recommended for the proper dosage. Your doctor will also help you with dosing so that there are no drug interactions. Some drugs, including steroids, weight-loss drugs, and epilepsy medications can interfere with vitamin D.

Previous Article
5 Gut Health Tips: Stay Regular When Your Schedule Fluctuates
Next Article
The Best Health and Wellness Habits from the Pros

In an open letter to public health officials, doctors, and healthcare workers, leading medical experts came together to make a strong statement regarding vitamin D’s benefits to immune function.