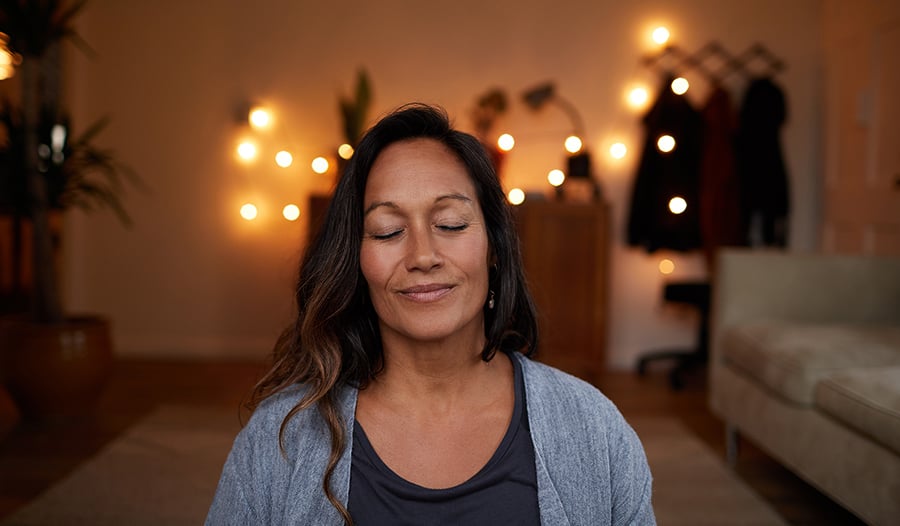 In research, mindfulness has often been associated with a positive impact on mental health and psychological well being. It’s defined as a mental state that focuses awareness in the present. Often mindfulness comes with an awareness of your thoughts, feelings, and emotions without judgment.

Mindfulness has been practiced for thousands of years, having roots in the Buddhist faith. In the Western Hemisphere, mindfulness has been correlated with Jon Kabat-Zinn since the 1970s. Kabat-Zinn encouraged physicians to refer patients who were experiencing chronic pain. He coined the term “Mindfulness-Based Stress Reduction” and found his technique very successful for a variety of different ailments.

Learning mindfulness can be simply explained by “the Mindfulness ABCs”. The letter A stands for awareness. When learning this technique, a body scan is usually the first step. As mindfulness students learn to scan the body, they might be told to mentally focus on their legs, then their feet, etc. When their mind naturally wanders, they are told to come back to thinking about their body. This helps to train the mind to be present.

Lastly, the letter C stands for choices. By being aware of when our mind wanders and training it to be present, we can choose to be present. These two first steps allow us to make better choices when we are faced with difficult emotions or decisions.

Mindfulness has been used clinically as a tool to work through depressive mood and anxiety symptoms. It can be used to change the relationship someone has with certain thoughts and emotions that may be barriers to goals or to moving forward in life.

‌‌‌‌What Can Happen If I Don’t Practice Mindfulness?

Emotional suppression has long been linked to poor health. It’s as if not dealing with or accepting negative emotions can hurt your body. Emotional reappraisal is more commonly known as reframing or looking at something in a new way so a negative response isn’t elicited.

A relatable example is when someone cuts you off in traffic. You may respond by thinking the person is entitled and inconsiderate; you may even yell at this driver. If you reframe the situation and think “Wow, this person must be overwhelmed and stressed to not pay attention. I can relate to that.” Then you let it go. This reframe allows you to not have the negative emotion or the stress that comes with that emotion.

Worry is our response to danger, while rumination is a concern of loss and failure. Studies have shown that worry can correlate with anxiety symptoms and the inability to regulate strong emotions. Rumination, on the other hand, is associated with depressive symptoms and is defined as the repetitively thinking about negative consequences.

Without a practice of mindfulness, it may be easy to slip into these mediators of depression and anxiety symptoms.

‌‌‌‌What Lifestyle Adjustments Can I Make to Support Mindfulness?

Physical activities like yoga, exercise, and Tai Chi have been studied for their usefulness in supporting mindfulness. A positive correlation has been seen between these activities and the reduction of anxiety symptoms.

L-theanine is an amino acid found in green tea. This compound may have protective effects, as it is high in antioxidants. It may also reduce the effects of stress on the way we think and reduce anxiety symptoms.

Ashwagandha, also known by its Latin name Withania somnifera, is a well-known herb categorized as an adaptogen.

Adaptogenic herbs help to support healthy levels of cortisol, our stress hormone, in the body. Ashwagandha has been studied to support symptoms of stress and anxiety. It also can support a healthy inflammatory response and has antioxidant properties.

Blueberry extracts have been long studied for their neuroprotective characteristics. Vaccinium angustifolium, or wild blueberry extract, is rich in antioxidants like polyphenols.

The antioxidants found in blueberries may prevent damages to our central nervous system from unhealthy levels of inflammation due to anxiety or depression symptoms. These extracts are also theorized to support learning and memory.

Gamma-aminobutyrate acid (GABA) is an amino acid that acts as a calming neurotransmitter. This compound is thought to act on a part of the brain called the amygdala, which plays a role in emotion and behavior.

It has been theorized that anxiety symptoms may come from too many excitatory neurotransmitters being released or greater sensitivity to these neurotransmitters. GABA may help to balance these excitatory compounds in the brain and exert a calming effect.

Rhodiola, or Rhodiola rosea, is an adaptogenic herb similar to ashwagandha, but it has unique properties of its own.

This herb has been studied as a support for memory and learning and has been shown to potentially reduce anxiety symptoms. It has also been theorized to support concentration, reduce mental fatigue, and its antioxidant properties may prevent damage to important nervous tissue.

Phosphatidylserine is an essential phospholipid or fat that helps construct neurons or brain cells. This compound is the most abundant fat in the brain.

A reduction in phosphatidylserine has been correlated with decreased attention span, learning, and cognitive processing. The body understands the importance of this fat, so its creation is highly regulated to make sure the brain has enough to function at its best.

Ginkgo, or Ginkgo biloba, is an extract of the Maidenhair tree, which is indigenous to Asia. This plant is rich in flavonoids containing antioxidant properties.

Research theorizes that Ginkgo extract may support cognition by encouraging healthy blood flow to the brain. Flavonoids may protect against damage to brain tissue and may support healthy neurotransmitter production.

Bacopa, or Bacopa monnieri, is a native plant to India and parts of Asia. It may help to support healthy cognition, memory, and learning. Bacopa may also have a role in reducing anxiety symptoms.

Its antioxidant properties give it the ability to support a healthy inflammatory response.

Mindfulness seems to be a good solution to mitigating the effects of negative thoughts and events in our lives. Thankfully there are lifestyle and supplement recommendations to support this process.

Previous Article
Casein vs Whey Protein: When to Use Each to Support Performance
Next Article
Milk Thistle: The Best Supplement to Support Liver Health

Ashwagandha is an adaptogenic herb known for its stress relieving benefits. It may also help with brain function, muscle mass, thyroid problems and reproductive health.

Anxiety and stress remain common problems. Some of the latest research supports different natural approaches that may help