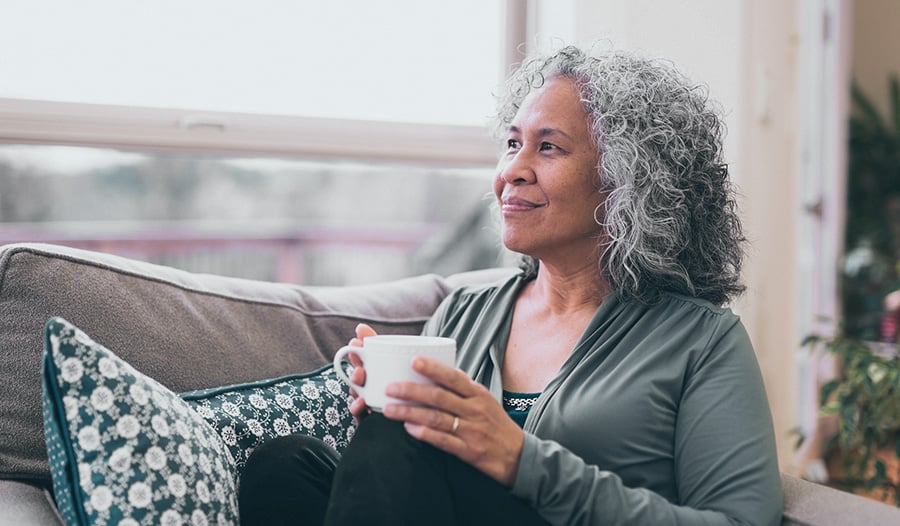 Anxiety plagues millions of people worldwide. It can present in different forms with varying symptoms and severities. It is not uncommon for patients to visit an emergency room because they are experiencing chest pain, headaches, abdominal pain, or even heart palpitations only to find out that they are suffering symptoms of anxiety.

Anxiety may induce feelings of fear, excessive worry, and nervousness – usually strongly enough to interfere with a person’s daily activities. Common symptoms can manifest in different parts of the body, from the heart and muscles to the intestinal tract and beyond. If you are experiencing symptoms you believe to be associated with anxiety, it is still important to consult with your physician to ensure that a more serious medical issue is not involved.

There are two main classes of prescription medications used.

The first are benzodiazepines, which include alprazolam (Xanax), lorazepam (Ativan), and diazepam (Valium). Generally used on an as-needed basis, these medications have been associated with an increased risk of developing dementia, according to a 2014 study in the British Medical Journal. Other common reactions to this class of drugs include addiction, fatigue, confusion, depression, dizziness, and amnesia. Despite the risks, they are sometimes very appropriate to use.

The second class of medications is selective serotonin reuptake inhibitors (also known as SSRIs). These medications include sertraline (Zoloft), citalopram (Celexa), fluoxetine (Prozac), and escitalopram (Lexapro), among others. While helpful and life changing for many, these medications can also cause concerning side effects for some, including fatigue, agitation, dizziness, and decreased libido. Rare and serious side effects can include serotonin syndrome and increased suicidal risk.

Many people who suffer with anxiety choose to avoid these medications altogether and seek a more natural alternative. However, if you are taking a prescription medication, you must consult with your physician before stopping as withdrawal symptoms may occur.

Here are some natural alternatives that some may choose to consider.

Black cohosh was discovered and utilized by Native Americans over 300 years ago. A tall, flowering plant that grows in rich, shadowed woods, black cohosh is part of the buttercup family. Today, black cohosh is commonly used in the United States and is also widely used in Europe by those who want a more natural approach to common women's health concerns, such as hot flashes and anxiety.

Black cohosh has been shown to decrease symptoms of anxiety in women. A study in 2007 concluded that black cohosh notably helped those with anxiety as well as depression. A 2011 study of women with a history of breast cancer who were being treated with the drug tamoxifen showed that black cohosh could help reduce symptoms of anxiety, which is common in those undergoing intense medical treatment. A 2018 study also supported its use for anxiety symptoms. Suggested dose: As directed on the label.

Lemon balm is a popular herb used by millions. Scientists call it “melissa officinalis" (the word “melissa” comes from the Greek word meaning "honey bee"), but it also goes by many other names, including "nectar of life”, "cure-all", "balm mint", "sweet mary" or simply, "honey plant”.

Lemon balm is a member of the mint family and is native to Europe. It is bright green in color and has small, heart-shaped leaves with clusters of white and yellow flowers similar in shape to mint leaves.

Lemon balm is considered a calming herb and has been used for medicinal purposes for more than 500 years.

There are several studies showing that lemon balm may reduce anxiety symptoms. It is believed that lemon balm helps increase a brain chemical called GABA (gamma-aminobutyric acid). This chemical pathway plays an important role in the treatment of anxiety and is actually targeted by some prescription medications. A 2017 study in Phytotherapy Research analyzed the effects of lemon balm on GABA pathways and found that the herb could help with anxiety.

An article published in 2016 also looked closely at the compounds that make up lemon balm and concluded that it contains GABA-stimulating receptors. Another study showed that the presence of rosmarinic acid in lemon balm is responsible for helping reduce symptoms of anxiety.

Overall, these research studies show that lemon balm may be used as a safe and effective source in treating anxiety. Do not combine lemon balm oil with anxiety medications without first consulting your doctor.

Omega-3 fatty acids are also known as PUFAs or polyunsaturated fatty acids. They play an important component in human health and have numerous benefits, especially when it comes to the brain and heart.

A 2018 meta-analysis in JAMA, which included 2240 participants from 11 countries, concluded the omega-3 fatty acids could help reduce symptoms of clinical anxiety. Other studies have reported similar findings. Suggested dose: 1,000 to 4,000 mg per day.

Probiotics are beneficial bacteria that are consumed to help maintain a healthy intestinal flora. They can be an important aid for those with abdominal bloating, irritable bowel syndrome, or colon inflammation. Those who take acid reducers, or who have been on recent antibiotic therapy, may also benefit as these medications can disrupt a healthy intestinal environment.

A 2019 study compared to those who took a prescription anti-anxiety medication and a probiotic with those who took only the prescription anti-anxiety medication and a placebo. Those who took the probiotic had fewer anxiety symptoms when compared to the other group. Another 2019 study found probiotic supplements had similar benefits for controlling symptoms of anxiety. A large body of research has shown a healthy gut is important to an individual’s overall wellbeing.

Maca root is an adaptogenic herb cultivated in the Andes mountains of South America. It grows at elevations of 13,000 to 16,000 feet (4-5 km) above sea level. Maca has been used by the Incas for hundreds of years and is believed to have numerous medicinal benefits. The Incas have used it primarily to improve both libido and fertility. However, modern medicine has found it may also be useful for those with anxiety and depression.

A 2008 study in Menopause showed that women who took 3.5 grams (3,500 mg) per day of maca root had a reduction in anxiety and depression-related symptoms when compared to women who took a placebo pill. A 2015 study also reported maca’s benefits for those with anxiety. Suggested dose: A recommended on the label.

Rhodiola is an adaptogen which appears to have numerous health benefits. Used for thousands of years by ancient healers, Rhodiola, like other adaptogens, is an herb that helps protect cells and tissues from oxidative stress and damage caused by day-to-day living. Because adaptogens grow under challenging climates and weather extremes, they learn to protect themselves, passing their properties on to those who consume them.

A 2012 study demonstrated Rhodiola could help reduce stress levels when taken as a supplement. A 2016 study in Phytomedicine showed Rhodiola could be an effective treatment for those suffering from depression. A 2015 study by Dr. Mark Cropley concluded Rhodiola users “...demonstrated a significant reduction in self-reported anxiety, stress, anger, confusion and depression at 14 days and significant improvements in total mood”.

Lastly, a 2018 study in Gut Pathology demonstrated that Rhodiola exerts a beneficial effect on the gut microbiome, which likely explains its benefit in helping with anxiety symptoms.

Since the beginning of human civilization, people have realized the benefits of essential oils for treating many ailments. The ancient Egyptians used them during ceremonial celebrations and the mummification process.

These oils continued to be highly valued and frequently used as fragrances, given as gifts, and even traded as a type of currency. Over the years, many have found some essential oils, including chamomile, grapefruit, and lavender, to be beneficial in reducing symptoms of anxiety. These oils can be placed on the skin or in a diffuser.

Drinking a hot cup of tea can also be beneficial for those with anxiety symptoms. The top six teas for anxiety include chamomile, lavender, kava, peppermint, ginseng and lemon balm.

Feelings of anxiety from stress are common. Supplements like valerian root, kava kava, ashwagandha, rhodiola, and more may provide a natural form of relief.

Natural Approaches and Supplements to Deal with Anxiety

We are all probably a little more wired to stress than we used to be, and it shows: anxiety disorders affect more than 40 million Americans, and global rates of anxiety and anxiety-related disorders have risen nearly 50% in the last two decades, according to the World Health Organization.

4 Natural Approaches to Psoriasis According to a Naturopathic Doctor

Psoriasis is an autoimmune disorder that affects over 125 million people worldwide. Learn more about psoriasis and how a natural approach may benefit this challenging illness.