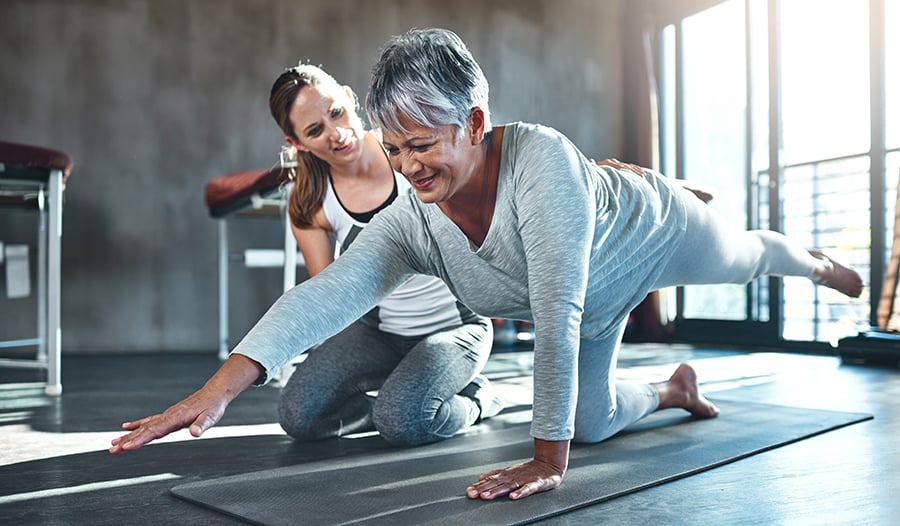 There are more than 2 billion people in the world who are obese or overweight. So, it is no wonder that everyone seems to be looking for the best ways to burn fat and lose weight.

Even in 2020, the traditional approach–a healthy diet and lifestyle which includes adequate exercise–remains the mainstay of an effective fat loss strategy. There is no “magic pill” to achieve your goal weight, but there are natural supplements that can help speed the process.

Known as fat burners, these supplements can boost the effectiveness of your diet and exercise regimen by bumping up the number of calories you burn each day, steadily reducing your body weight over time.

How Do Fat Burners Work?

Supplements that are called fat burners help drive fat metabolism, which is the breakdown of dietary fat to create energy. Fat burners can also exert their effects by increasing weight loss, blocking fat absorption, enhancing the conversion of fat to energy during exercise, and producing long-term adaptations in your body that support fat metabolism.

The term “fat burner” is actually a misnomer because fat is oxidized, not burned. In order to break down fat effectively, the body needs oxygen. Oxidation is the process through which the body uses oxygen to convert fat into energy.

What Are Some Common Natural Fat Burners?

Caffeine is a stimulant of the central nervous system that can boost a person’s metabolism. It is able to increase the body’s metabolic rate by increasing the number of catecholamines in the blood. These chemicals transport fat from its storage in fat cells to the tissues where it’s oxidized (converted into energy). So, by increasing the basal metabolic rate–the energy the body uses at rest–caffeine can accelerate fat loss.

Cautions: Possible side effects of caffeine use include jitters, anxiety, and shakiness. At a dose of 15 mg/kg, it may begin to have toxic effects like nausea, vomiting, rapid heart rate, seizures, and brain edema. When used in combination with other stimulants, caffeine can make these adverse reactions even worse.

Capsaicin is the most common form in a class of compounds called capsaicinoids. These compounds are found in chili peppers (Capsicum annuum species), conferring the heat you experience when eating them. Capsaicin can be useful in weight management because of its ability to depress appetite, increase the feeling of fullness, and reduce the insulin response after eating. It also increases energy expenditure and fat oxidation, thus boosting metabolism.

Cautions: Gastrointestinal distress, increased serum insulin, and reduced high-density lipoprotein (HDL) levels are among the undesirable effects that may occur with capsaicin use. Otherwise, capsaicin appears to be relatively safe as a supplement.

Carnitine compounds (including L-carnitine) are composed of the amino acids lysine and methionine. The body is able to produce carnitine, so it’s not essential to get from dietary intake. Most cells in the body contain carnitine and it plays a role in fat transport and oxidation.

Cautions: Carnitine supplements are generally safe if you limit doses to no more than 4 grams/day. For the most part, carnitine is well-tolerated, although it can cause nausea, vomiting, diarrhea, abdominal cramps, and a “fishy” body odor. Rarely, muscle weakness may be a side effect in patients who have uremia. Another rare effect is seizures for those with seizure disorders.

Chromium, in its trivalent form (chromium III), is an essential trace mineral that enhances the effect of insulin. Research has suggested that chromium can increase lean muscle mass and support fat loss. The recommended intake for chromium for non-pregnant, non-lactating adults is 20–35 mcg/day (according to the Academy of Medicine at the National Academies of Sciences, Engineering, and Medicine).

Cautions: Research studies did reveal some possible side effects, including nausea, vomiting, weakness, headache, vertigo, constipation, watery stools, and urticaria (hives). But overall, the trivalent form of chromium appears to be tolerated fairly well. Hexavalent chromium, on the other hand, is toxic and is not found in food or dietary supplements.

Conjugated Linoleic Acid (CLA) is an omega-6 fatty acid that can not be synthesized by the human body, but can be consumed through foods like beef, lamb, and dairy products. CLA supplementation is believed to improve the body’s muscle-to-fat ratio. CLA achieves this effect by enhancing insulin sensitivity. This allows glucose and fatty acids to move away from fat tissue and into muscle cells.

Garcinia cambogia is a fruit tree that grows in Asia, Africa, and the Polynesian islands. High levels of hydroxycitric acid (HCA) are found in the pulp and rind of its fruit. HCA has been shown to inhibit the conversion of sugar to fat. It can also suppress appetite by releasing serotonin in the brain.

Cautions: Studies of Garcinia cambogia and HCA have revealed possible side effects that are mild in nature, including nausea, headache, gastrointestinal complaints, and upper respiratory tract symptoms. A few cases of mania have also been noted, perhaps related to HCA’s action on serotonin release. Symptoms of mania include irritability, pressured speech, and reduced need for sleep.

Green tea (and green tea extract) can aid in boosting metabolism and fat oxidation. The active components in green tea that can contribute to reducing body weight are caffeine (as discussed above) and catechins. One of the main catechins is epigallocatechin gallate (EGCG), which is a flavonoid.

Catechins are polyphenols with antioxidant activity. Studies have shown that they can help reduce abdominal fat and improve triglyceride levels. By inhibiting an enzyme that breaks down adrenaline and noradrenaline, catechins allow these catecholamines to transport fat and increase basal metabolic rate.

Cautions: When consumed as a beverage, there have been no reported adverse effects of green tea. However, those who are caffeine-sensitive should be cautious and may want to opt for naturally decaffeinated versions. For green tea extract, mild to moderate side effects have been noted in clinical trials, including nausea, constipation, abdominal discomfort, and elevated blood pressure.

There has been growing evidence that green tea extract may cause some liver damage. A study of 1,021 postmenopausal women who consumed green tea extract daily for 12 months showed that their liver enzymes were significantly elevated compared to those taking a placebo. Some of the women even developed moderate or more severe liver function abnormalities.

In 2008, the U.S. Pharmacopeia (USP) reviewed the safety of green tea products in 34 case reports and animal studies. The USP determined that consuming green tea products “probably” caused 7 cases of liver damage and “possibly” caused 27 cases. The USP also recommends that green tea extract be taken with food to minimize the possible risk to the liver, as it observed a greater likelihood of problems when green tea extract is taken on an empty stomach.

Guar gum is a soluble dietary fiber that does not function as a typical “fat burner,” but it can be helpful for weight management. It is extracted from the seeds of the Indian cluster bean Cyamopsis tetragonolobus. Guar gum can support appetite control by increasing satiety and decreasing the frequency of snacking between meals. A study on type 2 diabetics revealed that taking 10 g of guar gum daily while following their usual diet resulted in a significantly reduced waist circumference after 4 and 6 weeks.

Cautions: There are few reported safety concerns with formulations that are currently available (up to 30 g/day for up to 6 months). Gastrointestinal complaints are the most commonly encountered of the possible side effects. These include cramps, nausea, diarrhea, abdominal pain, flatulence, and an increased number of bowel movements.

Protein can be considered a natural fat burner because it may help boost your metabolism. A high-protein diet supports muscle-building, especially when combined with strength training. Since muscle “burns” more calories than fat, this can give your metabolic rate a bit of a lift. Protein can also increase metabolism because more calories are used to digest protein compared to those required to digest fat or carbohydrates.

Research has demonstrated that a daily intake of 0.5-1.0 grams of total protein per pound of body weight provides the most benefits to promote weight reduction. Athletes and others who train regularly may need more protein as their goals tend to include building and maintaining more muscle.

Cautions: In the past, there were concerns that a high-protein diet might have adverse effects on kidney function and bone health. However, there is no evidence that high-protein intake in healthy individuals causes kidney damage. However, those who have existing kidney problems may benefit from adopting a lower-protein diet.

Yohimbine is a plant compound found in the bark of yohimbe, a West African evergreen tree. It’s been used primarily as a natural solution for sexual dysfunction in men. It has been proposed to be a fat loss aid because of its ability to increase catecholamines in the blood. However, clinical studies showing that yohimbine causes weight loss are small.

Cautions: There are significant safety concerns with yohimbine. 20 to 40 mg of yohimbine has been reported to cause slight increases in blood pressure. But doses of 200 mg or higher can cause anxiety, headaches, hypertension, elevated heart rate, heart attack, and even death. Due to the serious nature of the possible side effects, yohimbine should only be used with medical supervision.

How Should You Take Fat Burners?

If you like to enjoy a stroll outside as your regular exercise plan, then it’s best to take a natural fat burner in the morning. It will give you a bit of a metabolic boost to start off the day. If you’re looking to enhance your workout and improve endurance, then you should take it 30 minutes before exercise. However, be wary if your exercise session is at night because a stimulant fat burner may keep you awake when it comes time to go to bed.

Given the possible side effects reported for fat burners, it’s wise to consult with your health care provider before beginning supplementation, especially if you have a medical condition. Fat burner supplements can also interact with certain medications, so that should be considered in a health consultation as well.

A Comprehensive Guide to Supplementing with Creatine

Creatine is a naturally occurring substance found primarily in muscle cells. It is obtained from dietary sources, primarily meat and seafood, with a smaller portion produced by the body.

If you’re a woman who exercises regularly, you have probably heard conflicting messages about the best way to fuel your body, specifically when it comes to fat intake. For many years, low-fat, high carbohydrate diets were recommended for weight loss, general health, and exercise performance.