Should You Drink Caffeine Before Working Out?—Here’s What a Strength Coach Recommends 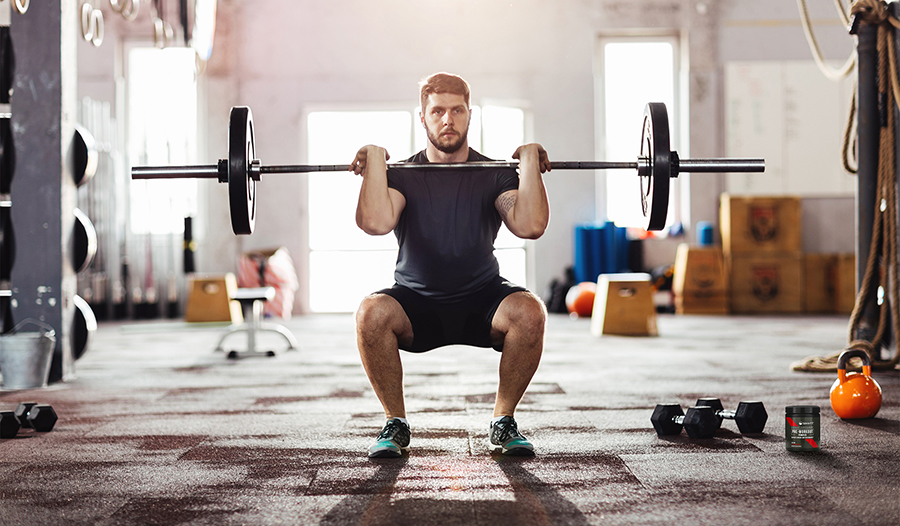 There are a lot of different supplements that lifters can utilize to boost their performance in the gym. Lifters can consume things like protein powder for muscle growth and recovery, creatine for muscle and power gains, and caffeine for a boost in alertness and power output.

Caffeine is one of the few supplements that receive regular research and is suggested to have a positive performance impact for a variety of lifters. This is not to say that caffeine has the same net positive for everyone, but if you’re debating on utilizing caffeine, then you likely will be able to see some positive results in the gym.

In this article, we’re going to discuss everything caffeine and answer a variety of questions including how much to take, when to take it, and how it can impact performance. As always, before consuming any new supplement, it’s always a good idea to first consult a health professional to ensure you’re implementing the supplementation safely.

Ironically, although caffeine is one of the most consumed ingredients in the world, very few who habitually consume it actually know what it is. Whether you’re consuming caffeine for morning ritual purposes or for performance, it’s a good idea to understand what this ingredient actually is.

Caffeine, also known as 1,3,7-trimethylxanthine, is a natural stimulant that is derived from things like cacao plants, guarana berries, kola nuts, coffee beans, and tea leaves. The word caffeine is said to be derived from the French word cafe, and the German word kaffee, both of which mean caffeine. In the context of caffeine’s first uses, historians believe that caffeine was consumed in the form of brewed tea as early as 2,700 B.C.

In the body, caffeine works to provide the brain and nervous system with a heightened level of alertness. This enhanced level of perception is why many will consume caffeine to ward off feeling tired and to increase their abilities to stay alert in the moment. Additionally, moderate caffeine consumption has also been suggested to support feats of physical endurance and to assist with prolonging the onset of fatigue.

How Much Caffeine Should You Consume?

When it comes to caffeine consumption for optimal performance output, the amount varies across a fairly wide range. In fact, some research suggests that this range can be anywhere from 3-9mg per kilogram of body weight for healthy individuals.

If you can understand that caffeine has a fairly wide range of “optimal” consumption for every individual, then you can better strategize consuming amounts that have an actual beneficial effect on you and your performance. Caffeine consumption will generally have two effects on someone and these include ergogenic and ergolytic effects.

There are a lot of factors that can influence the range of how much caffeine one should consume for ergogenic and ergolytic effects. For example, an individual’s biology, environment, history, and performance setting can all influence how different amounts of caffeine will impact them, whether it be positively or negatively.

When dialing in caffeine consumption, it’s imperative to take an objective approach that accounts for individual factors. This means understanding that something like a pre-workout formula that is loaded with 300mg of caffeine may not have the same effect for every lifter. Plus, we also need to account for caffeine tolerance as habitual consumers will likely need more than the normally consumed amount prior to competition to experience ergogenic benefits.

So, this leaves us with the question, how should we determine what’s optimal for us? In a study that looked at lower caffeine consumption amounts, researchers suggested that amounts between 2mg - 3mg per kilogram of body weight produced a 3.9% and 2.9% ergogenic benefit, respectively.

The above can be useful information because if someone is not used to consuming caffeine, then starting with a lower intake could be a better idea for understanding one’s thresholds, and lower intakes have been seen to be beneficial for performance in some contexts.

Contextualizing this information, this could be useful to know for habitual caffeine consumers who would need a slightly higher intake to experience an ergogenic effect from caffeine for performance and 3-6mg could be a good range to experiment with if <3mg per kilogram of body weight is one’s normal.

The takeaway for how much caffeine one should consume for ergogenic benefit is that it varies.

Below are four takeaway points that are worth considering and contextualizing for your needs if you’re a lifter wanting to consume caffeine for performance benefit.

When Should You Consume Caffeine Before a Workout?

Generally speaking, it’s recommended to consume caffeine between 30-60 minutes prior to one’s workout. Caffeine will generally be seen in one’s body roughly 15-minutes following consumption and levels will peak at about 60-minutes, hence the 60-minute recommendation.

Remember, caffeine consumption is individual and the rate at which it's digested by one’s body can vary. Research has suggested that caffeine’s half-life in healthy individuals is around five hours, which means that it takes about five hours for caffeine’s concentration in the body to be just about halved.

To take this point a step further, this is why it’s usually not a good idea to consume caffeine in the later parts of the day. If it takes a healthy individual roughly 10 hours to fully digest and clear caffeine from their system, then it’s a good idea to avoid consuming it during periods of time where sleep could be negatively impacted.

What Can Caffeine Do For Lifting Performance?

When discussing caffeine’s benefits in the weight room, lifters will usually consume this substance for three key reasons and these include:

The big take-home point with caffeine consumption and lifting is that consumption needs to be individual and it’s by no means a must for performance benefit.

Can caffeine be useful? Yes, however, it’s a good idea to understand the individuality that comes with consuming certain amounts and how it relates to your overall performance.

Previous Article
5 Natural Ways To Fade the Appearance of Scars
Next Article
What Is Reverse Dieting? Here’s How To Do It the Right Way According to a Strength Coach

A certified strength and conditioning coach shares his wellness routine and explains why consistent, small gains every day are essential for accomplishing any goal.

What Is Reverse Dieting? Here’s How To Do It the Right Way According to a Strength Coach

Reverse dieting is a widely misunderstood tactic for boosting weight loss. A fitness expert explains how to do it the right way.