What Kind of Makeup Primer Should I Use? 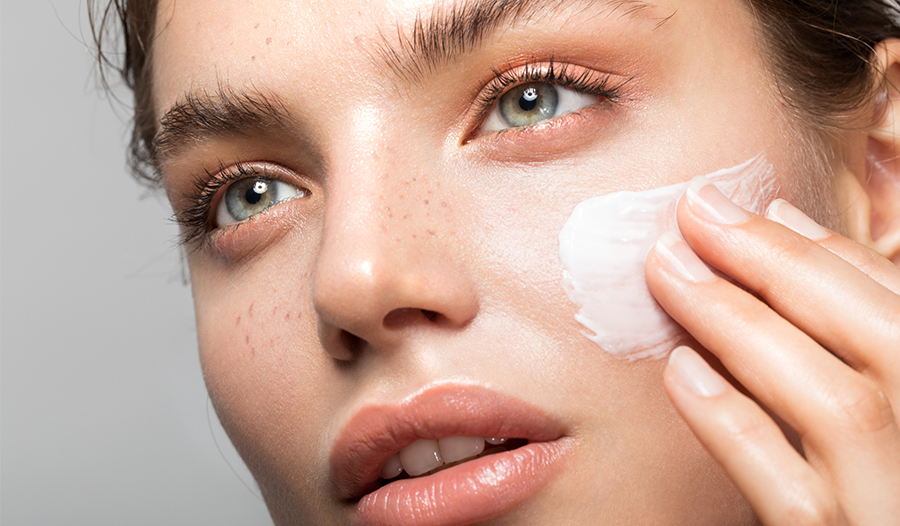 Primers. They’re everywhere. There are so many different kinds of primers. You see them used in millions of makeup tutorials. Every brand of cosmetics offers at least one, and many brands offer several different versions of primers. The sheer volume of options can be overwhelming and confusing. Why do we need primers? Why are there so many different kinds? What does a primer actually do?

‌‌‌‌Your Moisturizer Can Be Your Primer

One of the essential first steps of makeup application is priming the skin. The definition of priming is to prepare for a particular purpose, and with makeup, the objective of priming the skin is to create the optimal skin condition on which to apply foundation and to create a barrier between your skin and your makeup.

Now, here is where it gets a little confusing: The skin must always be primed but to achieve this, a primer isn’t always necessary. What? No, you don’t always need a primer to prime the skin. How is that possible? Well, sometimes all you need is an emollient moisturizer. In fact, most of the “moisturizing” primers are simply just an emollient moisturizing formula marketed as a primer. One of the main goals of priming is to promote an even application and prevent foundation from “catching” on dry patches of skin, where it can bunch up and appear uneven. An emollient moisturizer also creates a hydrated barrier on which foundation can grip to ensure longer wear. 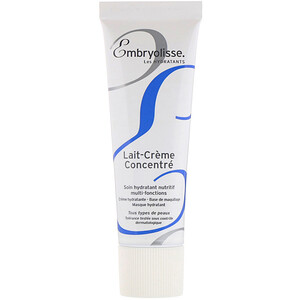 One of the most excellent moisturizers to prime the skin is the legendary Embryolisse Lait-Creme Concentre, a cult favorite of professional makeup artists around the world. Embryolisse is a French pharmacy brand, and the lait-creme formula was developed for sensitive skin over 70 years ago by a French dermatologist. This product is incredibly versatile. Beyond its function as a foundation base, it can be used as a makeup remover. Have you ever needed to correct a lip or eye liner? Some Embryolisse Lait-Creme on a cotton swab is one of your best options to correct mistakes. This product can also be used to soothe skin after shaving. You would have to look far and wide to find a professional makeup artist who does not sing the praises of this miraculous moisturizer.

There are a number of different primer formulas available that address specific skin concerns:

Probably one of the most important common concerns is the appearance of large pores. Foundation tends to settle into pores and without a pore-filling primer, the large appearance of pores can be amplified. A pore-filling primer does exactly as it is described: deposits product into pores to create a smooth surface for foundation and prevent settling. 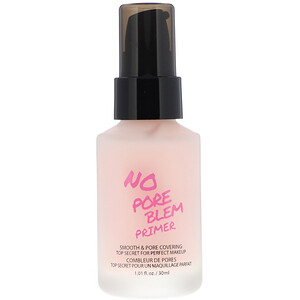 One thing to keep in mind is that you can use pore fillers only where necessary—you do not need to layer it over your entire face. If you have only a small area of enlarged pores, you can prime the face with moisturizer and spot apply pore-filler primer where needed. This technique generally does not create any texture or disrupt the foundation application. An exceptional pore filling primer is Touch in Sol No Poreblem Primer, the K-Beauty sensation, which can be used underneath makeup or alone to reduce the appearance of large pores and fine lines. 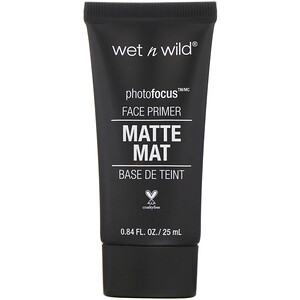 Another very common skin concern that a primer can address is oily skin. Anyone who has oily skin is very familiar with the dreaded midday shine, when after a few hours, the sebaceous glands produce an oily secretion called sebum that cuts right through makeup and sits on top of the skin, resulting in an unwanted shiny complexion. One of the most reliable solutions for that is a mattifying primer, which controls sebum and keeps the shine at bay. An excellent and affordable mattifying primer is Wet n Wild PhotoFocus Matte Mat Face Primer.

A layer of lavender primer under foundation on fair to medium skin tones can brighten up a dull, sallow complexion. To disguise shadowing or discoloration, use a peach-colored primer for fair to medium complexions or an orange for deeper skin tones. Probably the most commonly used colored primer is green for the purpose of canceling out redness. Different colored primers can be confusing and intimidating, but with a basic understanding of color theory, the function of these primers makes a lot of sense.

One thing to remember is that color theory must be considered with all products used, not just the skin and the primer. What does that mean? For example, when using a green to correct redness, theoretically the red will be canceled out. However, the foundation shade being layered over the green must be considered in this process, otherwise you will end up with a gray cast on your complexion. There is definitely a learning curve when using primer for color correction, but once mastered, a flawless complexion can be achieved regardless of any skin concerns under almost any conditions. 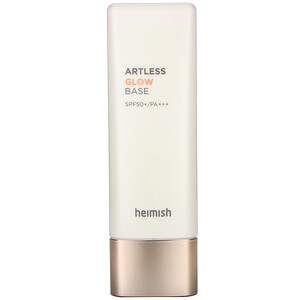 Underpainting with a primer can also be instrumental in achieving one of the one of the biggest complexion crazes in recent years which is “glass skin.” The idea of glass skin is the illusion of clear, smooth, and luminous skin resembling the appearance of glass. A thin layer of illuminating primer underneath makeup can provide a subtle glow that appears to come from within, and is much more natural looking than a powder highlighter applied on top of foundation. A beautiful illuminating primer with the extra benefit of SPF is Artless Glow Base from Heimish, which contains light-reflecting particles that provide a radiant glow while never looking sparkly.

‌‌‌‌How to Choose a Primer

Primers are one of those products where the enormous number of choices can be daunting. Even when you know what kind of primer you want, there are always a seemingly infinite number of options. There are a few basic guidelines that can help narrow down your choices. A good rule of thumb is to pair a primer with a like-based foundation. What does that mean? All foundations have a base, generally water or silicone. If you don’t know the base of your favorite foundation, check the ingredients and see what is listed first. If the first ingredient is water, it is water-based; if the first ingredient is a silicone (silicones typically end with a -cone or -siloxan), you have a silicone-based foundation.

Once the foundation base is determined, try pairing it with a primer with the same kind of base, which will give you better odds of a successful marriage of products. Everyone knows that oil and water don’t mix, and silicone primers can break down water-based foundations very quickly. Is this true 100% of the time? No. Sometimes there are water- and silicone-based formulas that work well together, but those combinations are usually found serendipitously rather than by design.

When selecting a primer, there are also a few different forms to choose from. The most common primer form is a cream, typically packaged in a tube, bottle, or jar. You will also find solids, typically in stick form, that have the consistency of a balm and are best suited for spot priming. Stick primers can also underperform in hot and humid weather, as they can melt from heat. Solid primers can also feel very heavy on the skin. 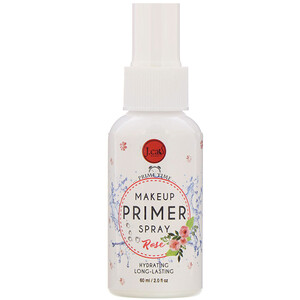 Lastly, there are liquid spray primers that are perfect for hotter weather and those who don't like a lot of product on their face. One such favorite is the J.Cat Beauty Makeup Primer Spray, which primes and moisturizes without having to use any heavy creams or lotions, and comes in Jasmine and Rose scents.

Who among us does not wish for thicker eyelashes? Try layering a silicone-based primer to the lashes with a clean spoolie and apply mascara as usual after the primer has dried. Instant lash growth.

Then, there is chafing. Every person has to deal with some chafing on some part of their body from time to time. A bit of primer can reduce the friction that causes chafing, whether it be from skin-to-skin contact or from clothing. In 2020, chafing is a bigger concern than it ever was before because of face masks. Masks are not the easiest to wear even without chafing, and some primer on the skin can create a barrier that will certainly reduce skin irritation from masks.

Now that you know a little more about primers, you can look forward to a promising future of a flawless complexion, and the knowledge that many makeup problems can be solved with the right one.

Here's a step by step guide to an easy 5-minute "no makeup makeup look" by Glow With Ava.

How to Make Your Makeup Last Under a Face Mask

Makeup artist Michelle Jack shares her best tips and tricks on how to make your makeup last under your face mask.

Looking for a natural but glam makeup look for upcoming parties? This is the one.