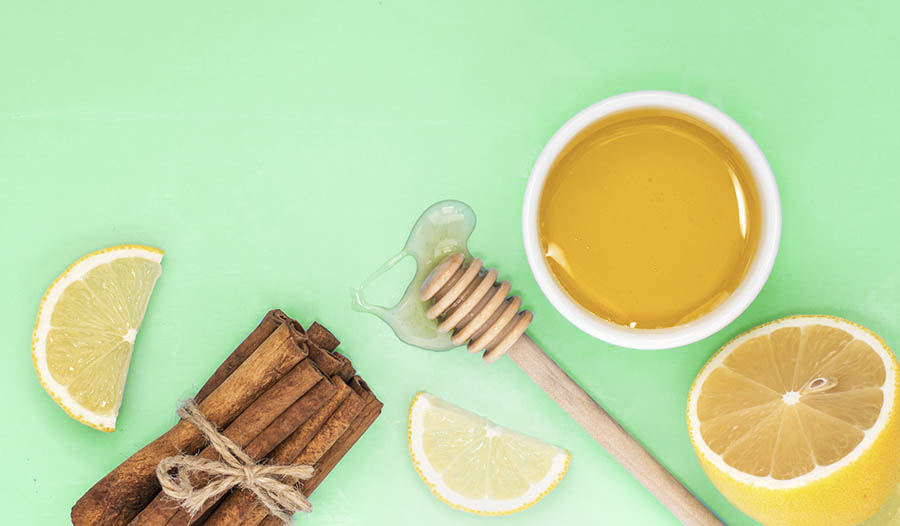 Everyone has had to face their own bad breath or deal with bad breath from a loved one or coworker. There are many different causes of bad breath, including medications, dental health issues, poor oral hygiene, or an abundance of bacteria in the mouth or throat.

Cinnamon, as opposed to mint, kills off the bacteria that cause bad breath instead of simply masking it. People who chew cinnamon gum instead of mint have a 50 percent decrease in oral bacteria, according to the International Association for Dental Research.

Manuka honey contains an ingredient called methylglyoxal, which has antimicrobial properties. Although honey itself makes the mouthwash taste sweeter, it also helps to kill of bad breath-causing bacteria.

Lemon juice is included because it has a powerful scent that can help mask particularly bad cases while the other ingredients are doing their jobs.

Baking soda is an ingredient known for its deodorizing properties. It is often placed in refrigerators to get rid of food smells and essentially does the same thing when inside the mouth and throat. It also has the added benefit of whitening teeth.

Is ALL Fragrance Bad in Your Beauty Products?

Fragrance gets a bad rap in beauty products these days, but do we truly need to avoid all of it?

Cellulite affects 80-90% of women, but scientists still aren't quite sure why it forms. That's why it can be difficult to treat. Homemade cellulite creams, however, may help to minimize the appearance of cellulite.

Homemade natural body scrubs may provide relief from the painful and annoying symptoms of dry skin.