Is a Pescatarian Diet Right for You? 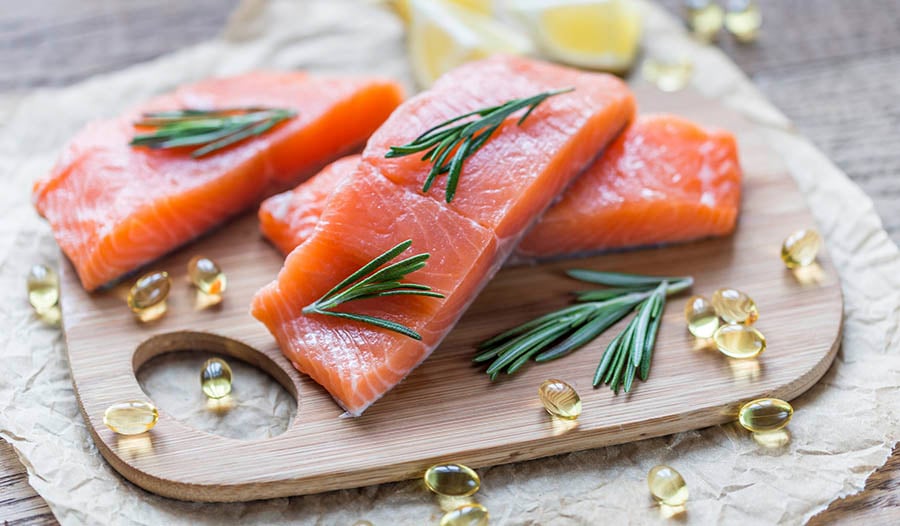 Pescatarian is not a newly discovered Zodiac sign—although it does have something in common with the sign Pisces. Both words come from the Latin word for fish. If you’re a Pisces, it means you were born under a constellation thought by ancient Babylonians to resemble two fishes.

If you’re a pescatarian, it means that you eat fish and other seafood but not poultry, beef, pork or other animal flesh. Pescatarians may include eggs and dairy in their diet as well. Plant foods, including fruits, vegetables, grains, nuts, seeds and legumes (and chocolate, of course) round out the pescatarian diet.

Because it includes some animal flesh, the pescatarian diet is not a vegetarian diet. Nonetheless, it enjoys a similarly good reputation for healthfulness. People who eat more fish have a lower risk of cancer, cardiovascular disease, Alzheimer's disease and depression. Not surprisingly, public health agencies including the World Health Organization recommend including fish in your diet at least twice a week.

Although plant-based diets have many health advantages, plant sources of protein are not as high in essential amino acids as animal sources. In particular, animal proteins have the advantage when it comes to building and maintaining lean muscle mass. A plant-centric diet that includes fish may offer the best of both worlds: high-quality protein without the health risks that accompany diets that are higher in meat.

Unlike red meat and full-fat dairy products, fish tends to be low in saturated fat. At the same time, it can be a great source of omega-3 fatty acids, which are relatively scarce in beef, pork and poultry. A diet that’s lower in saturated fat and higher omega-3s helps reduce inflammation, and has been shown to benefit the heart, brain, joints, immune function and even mood!

One of those omega-3 fats (DHA), is particularly important to the healthy development of an infant’s brain, retina and neurological function. Expecting and nursing moms who eat more fish tend to have healthier babies. Seafood is also one of the primary dietary sources for vitamin D, which helps maintain strong bones and teeth. In addition, seafood—especially shellfish—tends to be a particularly good source of zinc, iodine and selenium (an important antioxidant).

Mercury and Other Contaminants in Fish

Along with the unique nutritional advantages of seafood, there are also a couple of unique concerns. Certain types of fish, particularly king mackerel, marlin, orange roughy, shark, swordfish, tilefish, ahi and bigeye tuna, may contain elevated levels of mercury and/or PCBs, which accumulate in these larger fish over time.

Limit your intake of these fish to once or twice a month (or avoid them entirely if you are pregnant or planning to become pregnant). But don’t let concerns over mercury or other contaminants keep you from enjoying the health benefits of a pescatarian diet. Avoiding the most problematic types of fish will minimize the danger, and studies show that the benefits of eating fish far outweigh the potential risks.

Finally, many of us also want to take into consideration the environmental impact of our food choices. Although a vegan diet (which contains no animal products at all) has the lowest carbon footprint, a pescatarian diet is virtually equivalent to a vegetarian diet in terms of its greenhouse gas emissions.

How to Get More Omega-3 in Your Diet

When you think of omega-3s you might picture a giant platter of salmon or a handful of fish oil capsules. But what is this nutrient and why do you need it in your diet?

Is a Low FODMAP Diet Right for You?

You have probably seen the low FODMAP diet popping up on the cover of health magazines and in your social media feed. What exactly is a FODMAP, and should you be worried about it? Here's what you need to know before jumping on this new diet bandwagon.

How Carbohydrates Support a Healthy Diet

Although carbs often get a bum rap, some of the healthiest foods that you can eat, such as fruits and vegetables are primarily carbohydrate.