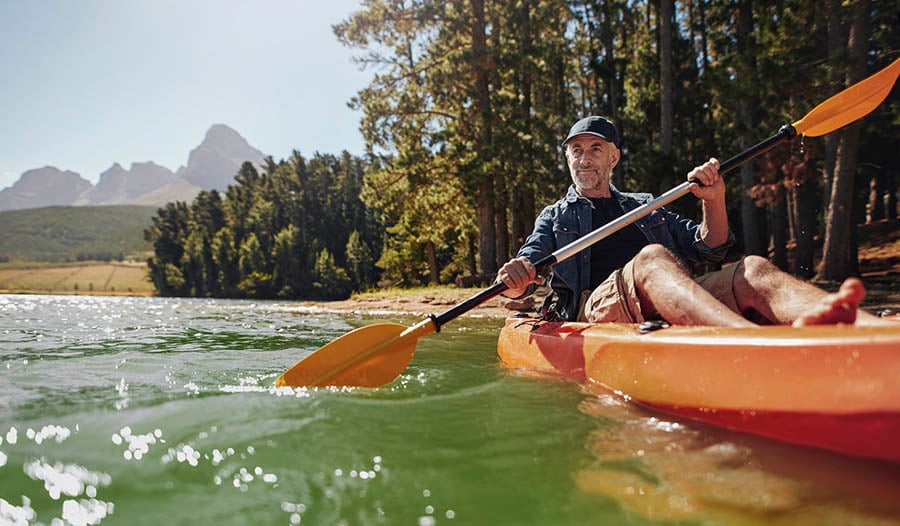 If adequate levels of the amino acid tryptophan (which is also required to make the mood-regulating chemical serotonin) is present, niacin can be manufactured by the body. It is also water soluble, so if too much of the vitamin is present, it is simply excreted through urine. The body not only uses niacin to make NAD as mentioned before, but also to make nicotinic acid, nicotinamide, and nicotinamide riboside, related molecules that all play an important role in overall health and wellbeing.

Ask any medical student or doctor about the symptoms of niacin (vitamin B3) deficiency, and they’ll probably tell you the classic definition of pellagra, an Italian term meaning “dry skin” that’s used to describe niacin deficiency. Symptoms of pellagra also include diarrhea, dementia, and dry skin.

However, if you ask a doctor if they have ever diagnosed such a condition, the answer will almost certainly be no. Although dry skin and dementia are extremely common in those over 65 years of age, and diarrhea also occurs frequently in senior citizens, laboratory tests for pellagra are rarely done by healthcare providers—even in patients with poor nutritional status. It is important that physicians take a good diet history of patients with these symptoms to help ensure one has a diet rich in niacin-containing foods.

Pellagra is most commonly diagnosed in refugee populations in Asia and Africa with reports of almost 2 million cases reported since the 1990s. The recommended daily allowance (RDA) of niacin to prevent pellagra in adults is 11 mg/day, and more may be needed if treating specific signs and symptoms of a niacin deficiency, which may include:

Niacin is involved as a cofactor in over 400 biochemical reactions in the body, primarily helping with energy metabolism by aiding the conversion of food into energy and repairing of DNA, the molecule that carries our unique genetic information.

Without adequate niacin in our diet, we would not be able to break down carbohydrates, proteins, or fats. Niacin is converted by the body into NAD, the active molecule which plays an important role in helping the human body to function as designed.

Alzheimer’s disease is a brain disorder that generally affects older adults. The condition, which was named after Dr. Aloysium “Alois” Alzheimer, a German psychiatrist who in 1906 diagnosed dementia in a woman who had died from a “strange mental illness”. Alzheimer’s has no specific cure and can cause enormous frustration and challenges to both patient and caretakers alike.

Symptoms include forgetting names and confusion in the early stages while late-stage Alzheimer’s can give way to more severe issues, like paranoia and abusive behavior. Fewer than one percent of the Alzheimer’s disease cases occur prior to the age of 65, but scientists predict that after 65, one in nine people are at risk. Preventing Alzheimer’s is critical.

Heart disease is a leading killer in the United States, Europe, and Asia. Unfortunately, as more people around the world adopt the Western lifestyle in place of their ancestral diets, heart disease will continue to progress. In the United States, alone, deaths due to heart and vascular disease unnecessarily kill almost 1 million people every year. Worldwide, more than 10 million die from vascular disease yearly. High blood pressure is one of the leading risk factors for heart disease—more than 1 billion of the world’s 7.6 billion people have this condition.

Consuming a heart-healthy diet, refraining from smoking, and participating in routine exercise are the three of the most crucial actions that can be taken to prevent heart disease—in fact, they are more important than any doctor-prescribed medication ever made. Taking niacin is another natural way a person can help reduce the risk for heart disease. A 1986 study of almost 9,000 people showed that those who took niacin were 11 percent less likely to die from heart disease when compared to non-niacin users.

A 2000 study in JAMA showed that niacin could help increase HDL (good) cholesterol and reduce triglycerides. The authors concluded that niacin is a safe alternative for cholesterol management in diabetics who are unable to tolerate statin cholesterol medications. It is important to note that only vitamin B3 in the form of niacin will help with one’s cholesterol levels. However, this is also the form which causes niacin flush, a harmless but uncomfortable common side effect that can cause redness and itching. The Mayo Clinic considers niacin a safe alternative to lower cholesterol and raise good HDL cholesterol in those who are unable to take a statin medication such as atorvastatin (Lipitor) or simvastatin (Simvastatin).

Basal cell and squamous cell skin cancers are two of the most common forms of the disease.  Fortunately, they are not generally life-threatening, like the more dangerous melanoma.

Sunscreen is frequently used to help prevent sunburns, and it is assumed by many, including some dermatologists, that this will prevent skin cancer. However, recent studies suggest otherwise. A 2018 study in the European Journal of Dermatology reported a meta-analysis, which looked at 29 studies that included over 313,000 people and concluded that regular sunscreen use does not protect against skin cancer.

It is important to note that sunscreen does, however, protect against sunburns, which can be painful. Additionally, a diet rich in antioxidants is useful in prevention of cancer of all types, including those on the skin.

A 2017 study also showed that regular intake of vitamin B3 reduced risk for developing actinic keratosis, a precursor to skin cancer while a 2010 study also supported the benefit of vitamin B3 in skin protection.

Suggested dose: Nicotinamide is the “no flush” version of niacin.  Take as directed on the label. Topical niacinamide is also available.

Oral cancer is becoming more common over the last few decades. Routine dental exams are crucial for early detection, and niacin may be helpful in prevention. A 2000 study reported that elevated niacin intake reduced risk of oral cancer by 38 percent. Another 2000 study also showed that those with higher blood levels of niacin were 50 percent less likely to develop oral cancer when compared to those with lower levels.

Schizophrenia is a mental disorder where one has an abnormal thought pattern. A person may have paranoia, auditory and/or visual hallucinations, or abnormal fear. Frequently, the affected person has trouble distinguishing what is real from what is not real. Those with schizophrenia should be under the care of a psychiatrist medical doctor.

In the 1962s, Dr. Abram Hoffer reported success in using high-dose niacin treatment in those with schizophrenia in Lancet. However, a 1973 study which used up to 3,000 mg of niacin per day did not see any benefit. Interestingly, studies have shown that those with schizophrenia who are more likely to have a skin-flush reaction to niacin also have an increased risk of psychosis when compared to those who do not flush. This appears to be related to essential fatty acids in the cell membranes. A 2015 study explained the mechanism by which niacin could be beneficial. More studies are needed before it can be recommended on a large scale.

According to WebMD, niacin can interact with the following substances, so it is important to consult with your physician prior to taking niacin if you regularly consume the following:

Consider starting at 100 mg once or twice per day. After a few weeks, many increase to 250 or  500 mg twice per day. If no flushing or sides effects occur, many will take up to 1,000 mg twice per day for maximal benefit. Consult with your physician prior to starting if you are on prescription medications or have diabetes.

There is risk of flushing in high doses and possible risk of liver toxicity when taken in doses higher than recommended on the bottle. These effects usually occur when doses of 2,000 mg to 6,000 mg are taken daily. There is also a slight risk that niacin may increase blood pressure in those with diabetes.

There is some mild evidence that the extended release version of niacin may be more problematic when taken in high doses. I found a 2014 case report of a 17-year-old in alcohol rehab who took high doses of niacin in an attempt to hide evidence of illicit drug use (despite no solid evidence of benefit). He developed acute liver failure, which researchers suspected was due to niacin, but I suspect the alcohol and drugs also played a role. My recommendation: take Niacin as directed on the label.