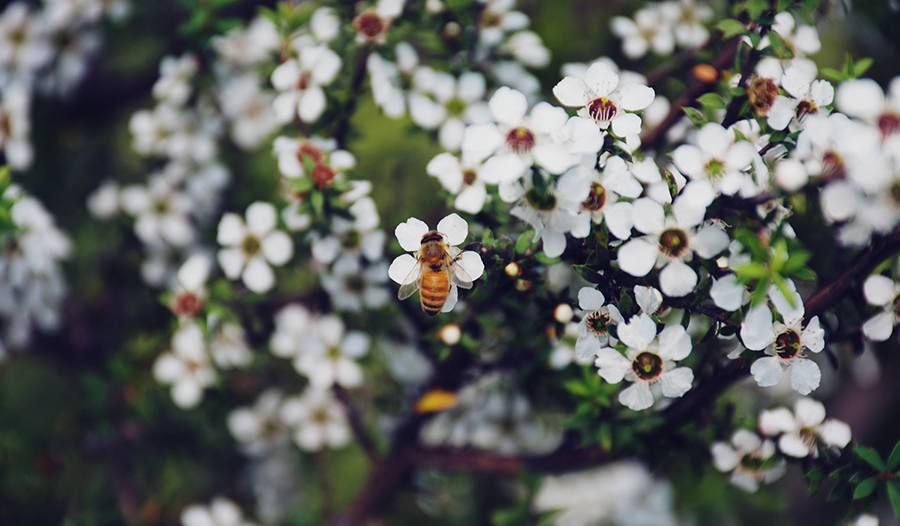 The first mention of honey dates back thousands of years in the writings of the ancient Babylonians and Sumerians. Today, it is the most popular natural sweetener consumed worldwide. It is also used by some as a medical therapy.

Honey is made by bees after consuming flower nectar, which reacts with the enzymes in their stomachs. When the bee returns back to the hive, it regurgitates out a newly formed substance — which we recognize as honey — and stores it in a honeycomb. The primary purpose of the honey is to provide food for baby bees. Commercial beekeepers are able to ensure the baby bees have adequate honey to grow while removing the excess for human use.

Honey’s medical therapy use is beginning to move from alternative practitioners to mainstream medicine. In my own medical practice in Southern California, I have recommended the use of medical-grade honey for my patients with chronic leg wounds due to varicose veins, and to those with diabetic foot ulcers. In addition, I have seen wound specialists in our community recommend such therapy as part of a comprehensive approach to wound care.

‌‌‌‌Where Does Manuka Honey Come From?

Optimizing your immune system is crucial to helping improve health, happiness, and longevity.   Honey has been used by people all over the planet for thousands of years and is regarded for its healing powers. However, not all honey is created equally. Some scientists believe that manuka honey can be especially beneficial to health.

Manuka honey started to gain scientific credibility in the 1980s, thanks to the microbiology research conducted by Professor Peter Molan of Waikato University, in New Zealand. Produced by European honey bees, manuka honey comes from the nectar of the manuka flower (Leptospermum scoparium), which originated in Australia and New Zealand.

This unique honey is considered a monofloral, as it comes only from the nectar of one flower.  However, some manuka honey is considered multi-floral because bees rely on many types of flowers to provide nectar. Those bearing the manuka name must be independently tested to confirm the claim before being labeled as such.

‌‌‌‌What Is In Manuka Honey?

In general, honey consists of fructose, glucose, amino acids, enzymes, vitamins, and minerals. It also contains methylglyoxal, which is considered its active ingredient and not found in other honey. Most honey, including manuka, contain polyphenolic compounds and bee defensin-1, which give it its germ-fighting abilities.

Science has recently helped identify why this variety has been so useful in traditional medicine. Its antioxidant properties, in particular, can be effective for wound healing, cellular regeneration, and possibly even stomach ulcer treatment.

Many people around the world have poor oral health. Studies have shown that those with poor dentition and missing teeth are at increased risk for heart attacks and congestive heart failure. I often tell my patients to make sure they are current with their dental exams, primarily to help keep their heart-healthy. While most worry that the intake of candy and other refined sugars may increase the risk for dental cavities, the use of manuka honey, although sweet, appears to be protective due to its antibacterial benefits.

As a result of these studies, amongst others, there is now natural toothpaste available that contains manuka honey as an ingredient.

The ability to find natural ways to help the body prevent and fight infection is important, and with the concern for antibiotic overuse, researchers are looking for safer alternatives. One of the reasons honey is believed to have antimicrobial properties is that it contains a small amount of hydrogen peroxide, which destroys harmful bacteria and viruses. Manuka honey is believed to be effective against a wide range of dangerous pathogens.

A 2014 study evaluated manuka’s ability to inhibit the influenza virus. The researchers concluded, “…manuka honey has potent inhibitory activity against the influenza virus, demonstrating a potential medicinal value.” However, this study was done using cell cultures, so whether consuming the honey orally will have a similar effect is unknown.

Manuka honey was compared to another type of popular commercial honey in a 2018 study. The researchers showed that manuka had more potent antibacterial properties against two common bacteria, streptococcus mutans, and lactobacillus. Other studies have also shown that manuka honey can help fight pseudomonas and e.coli bacteria. These bacteria are common causes of infections of the skin, blood, and urine.

Honey is known to have wound-healing properties when applied to the skin. This is believed to be due to its antimicrobial properties and its ability to maintain a moist environment. A layer of honey forms a protective barrier when placed on skin. In addition, manuka honey helps enhance both wound healing and tissue regeneration, according to studies. This is beneficial to those with chronic skin wounds.

It is well known that those with diabetes are at increased risk for infection, sometimes even leading to amputation of toes, feet, or legs. A 2014 study of the effect of manuka on diabetic foot ulcers showed benefit. Those who applied manuka honey to their dressings saw their wounds heal 25 percent faster than those without the honey therapy. Another 2014 study out of Saudi Arabia showed similar benefits of manuka honey in helping to heal diabetic wound ulcers on the lower extremities.

I am not sure about your grandmother, but I recall mine recommending honey for cough during times of illness. While not a scientist, she was definitely on to something.

A 2010 study that compared honey to medicine cough syrups showed that children with upper respiratory infections and a cough saw a reduction in coughing when given 2.5 ml of honey. Later, a 2018 study also concluded that honey did a better job relieving coughing symptoms compared to a placebo. Honey also has a soothing effect on a sore throat when taken by the teaspoon.

An upset stomach can have many causes, from taking antibiotics to consuming the wrong foods.  Viral and bacterial infections can also create an imbalance in the gastrointestinal tract leading to rumbling, gas, bloating, or even diarrhea. This intestinal imbalance is a major reason probiotics have gained popularity over the last decade. However, manuka honey may also be a useful tool to help one optimize gastrointestinal health.

Let's consider the bacteria salmonella. Worldwide, almost 100 million intestinal infections occur every year, resulting in 150,000-200,000 deaths. Eighty percent of these infections are foodborne in origin — ensuring access to clean food and water is critical for reducing exposure along with avoiding contact with sick animals. Symptoms can include diarrhea, abdominal cramps, and fever. If the bacteria enters the blood, one may experience joint and muscle aches as well. Symptoms can persist for one week or even longer in some cases.

Studies in 2011 and 2015 suggested that manuka honey may be helpful in killing salmonella bacteria. However, more research is needed before it can be considered part of the treatment as antibiotics are considered the best course.

Clostridium difficile is another bacteria that can cause intestinal infections. People who frequently take antibiotics or are hospitalized for various reasons are susceptible to the overgrowth of this potentially deadly bug. A clostridium infection of the intestines can result in diarrhea, severe abdominal pain, and, frequently, rectal bleeding. I have seen many patients also become severely dehydrated from this microorganism.

A 2013 study concluded, “C. difficile is appreciably susceptible to manuka honey and this may offer an effective way of treating infections caused by the organism.” A 2014 study also showed manuka honey to be beneficial against this bacteria.

A 2008 study using rats showed that manuka honey can help reduce colon inflammation, which could be helpful for those with ulcerative colitis or Crohn’s disease.

Worldwide, millions of people are affected by stomach ulcers while hundreds of millions suffer from gastritis and/or heartburn. Scientists learned in the 1980s that the bacteria called helicobacter pylori caused stomach ulcers, and antibiotics have been shown beneficial as a treatment. However, some may consider honey as a therapy. For example, a 1994 study showed manuka honey could help kill helicobacter pylori bacteria. Further, a 2015 study showed that manuka honey could help prevent gastric ulcers induced by alcohol ingestion. The study used rats as test subjects and no comparable studies have been done in humans, according to my research. One should always consult with their physician prior to self-diagnosing and treating.

Keeping skin smooth and youthful in appearance is the goal of many. Between solar damage and low-grade bacterial infections or acne, finding the right facial cream can be helpful in achieving this goal. Manuka honey has been added to facial cleansing formulations and creams to help optimize the complexion.

Manuka honey is available in its natural form as well as in toothpaste, throat lozenges, facial creams, and oral spray.

Why Taking Zinc and Probiotics May Benefit Immune Health

While zinc and probiotics each offer support for your immune system and healthy digestion, when combined they are even more powerful.

What is the Connection Between Fish Oil, Omega-3s, & Immunity?

Explore the relationship between omega-3 fatty acids and immunity from a developmental and cellular approach.

A Deep Dive on Elderberry and 4 Impressive Health Benefits

Elderberry is a plant part of the Sambucus genus and native to Europe known for its antioxidant and immunity benefits.