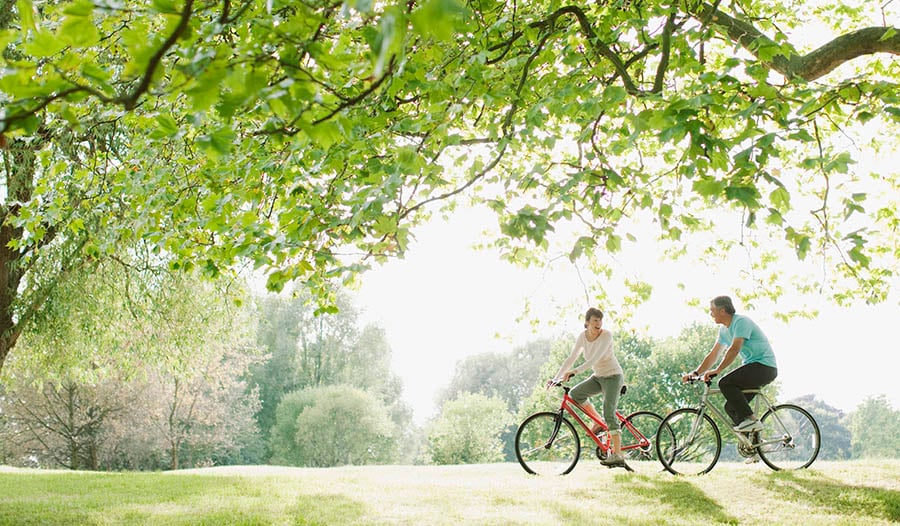 Many men with suboptimal health often find themselves having difficulty with intimate physical relations. There are many reasons this can occur. The most common is that most chronic diseases can negatively affect sexual function and hormone levels. Those with diabetes, obesity, high blood pressure, high cholesterol, and heart disease commonly have low testosterone and subsequently suffer from erectile dysfunction, or ED as it is widely known.  Some studies have also shown that erectile dysfunction, ED, can be an early sign of heart disease, preceding heart symptoms by many years.

Common medications prescribed by physicians to treat chronic health conditions can lead to erectile dysfunction concerns. These medicines include:

Those who are inactive with a sedentary lifestyle are at increased risk for developing not only diabetes and heart disease but also erectile dysfunction. Routine exercise and moderate activity are crucial for vascular health and can help to improve blood flow not only to one’s heart and brain but also to other important parts of the body.

Weight loss in those who are overweight and obese is an important step in helping to improve ED symptoms. A 2003 study showed that overweight men with a body mass index (BMI) of 28.7 or more were 30 percent more likely to have erectile dysfunction when compared to men whose BMI was less than 25, the definition of normal weight. Subsequently, a 2004 study in the Journal of the American Medical Association concluded, “Lifestyle changes are associated with improvement in sexual function in about one-third of obese men with erectile dysfunction at baseline.” Reaching one’s optimal weight should be the primary goal for those wanting to improve their overall sexual health. Many choose a Paleo diet, Vegetarian diet or Keto diet to help achieve this goal.

One of the leading reasons many men suffer from erectile dysfunction is low testosterone levels. Studies have shown that over the last several decades, testosterone levels among men, worldwide, have been declining. There are many reasons why this is occurring, and many blame the introduction of plastics and other chemicals, which can act as a hormone disruptors and result in decreased production of testosterone. Additionally, obesity contributes to lower testosterone levels in men, which occurs primarily because fat tissue converts a man’s testosterone to estrogen.

Reducing body fat and eliminating toxins from one’s diet are crucial steps that can be taken to increase testosterone levels in men. Sometimes, however, that is not enough. For this reason, many will seek medications or supplements to help boost libido and testosterone levels. At times, they can be appropriate.

Doctors frequently prescribe testosterone replacement for men with low testosterone levels. However, the root causes of low testosterone are rarely addressed. Too infrequently, doctors recommend diet and lifestyle changes which may help one get to the underlying problem.  Instead, they focus on pharmaceuticals.

When testosterone is low, replacement is often advised. This medication comes in many forms, including testosterone injections, testosterone creams, and implanted testosterone pellets. While initially, they can be helpful, if the root cause is not addressed, the benefits will be short-lived.

There are also medications that have been developed by pharmaceutical companies specifically to treat erectile dysfunction. They include sildenafil (Viagra), tadalafil (Cialis) and vardenafil (Levitra). Again, these medications can be helpful for many, and I frequently prescribed them. However, attempting to get the root cause of the problem and restore health and balance should be the primary goal for both patient and doctor alike.

Due to concerns of medication side effects and cost, many will seek more natural alternatives as discussed below.

L-arginine is an amino acid crucial for the circulation of blood throughout the body—a precursor to nitric oxide, L-arginine is a molecule that promotes healthy blood flow. A 2014 study demonstrated this amino acid to be helpful for angina, vascular disease, and erectile dysfunction.

A 1999 double-blind, placebo-controlled study showed L-arginine, when taken in doses up to 5,000 mg per day, helped improve symptoms of erectile dysfunction when compared to those men who took a placebo pill. However, according to another 1999 study in Urologia Internationalis, doses of 1,500 mg per day were not effective.

A 2015 study showed that L-arginine when taken with the supplement Pycnogenol (see below), helped improve both erectile function and sperm quality. Another 2015 study in The British Medical Journal showed similar findings when the combination of Pycnogenol and L-arginine were taken.

Suggested dose: as directed on the label

Ashwagandha is an adaptogenic herb that can be helpful in managing chronic fatigue and libido concerns. Native to Asia, specifically India and regions of China, ashwagandha is common in Ayurvedic medicine and has been used for thousands of years.

Suggested dose: Ashwagandha – 500 mg once or twice per day

Maca root (Lepidium meyenii) is an adaptogenic herb cultivated in the Andes Mountains of South America, which grows at elevations of 13,000 to 16,000 feet (4000-5000 m) above sea level. Traditionally used by the Incas, maca was known for its numerous medicinal benefits and primarily used to improve both libido and fertility. It was considered an aphrodisiac by many.

Panax ginseng is taken for a great number of medical conditions. The origins of this plant begin in Korea, and it has been used for over 2,000 years. Also grown in areas of China and Siberia, Panax ginseng is unique—it should not be mistaken with other known ginsengs, such as  American or Siberian ginseng. Panax ginseng may also be identified as Korean Red ginseng, Chinese ginseng, or Asian ginseng.

Suggested dose: As directed on the label. Can also be consumed as a hot tea.

A potent antioxidant, pine bark extract was originally used by indigenous people of North America and Asia as a medicinal herb. French expeditioner Jacques Cartier, who claimed Canada for France, reportedly used pine bark extract in 1535 during his expedition as a treatment for scurvy, a condition caused by insufficient levels of vitamin C intake.

Today, Integrative Healthcare professionals have also realized the many health and anti-aging benefits of pine bark extract. There are several formulas on the market, and it can be taken as a capsule, used as an essential oil, or mixed into a lotion and applied topically.

Pine bark extract (Pinus masonianna from Asia) is one of the most common formulations used while French maritime pine bark extract or Pycnogenol® (Pinus pinaster ssp. Atlantica is from Europe) is a patented blend of this powerful nutrient.

Suggested dose: As instructed on the label

Tongkat ali, also known as Malaysian ginseng, is indigenous to Southeast Asia. A 2013 study showed that 200 mg of tongkat ali, when taken daily, could lower the stress hormone cortisol while increasing testosterone levels by 37 percent.

A separate 2012 study in Andrologia showed that 200 mg daily could increase testosterone levels in men with low testosterone. A 2017 study in the Chinese Journal of Natural Medicines also showed tongkat could be helpful not only in helping improve male libido but also quality and quantity of sperm.

Tribulus is an herbal plant indigenous to Asia and Europe. This herb has been used in both Ayurvedic medicine and Traditional Chinese Medicine (TCM) for thousands of years to help with male libido and erection health. A 2012 study in The Journal of Sexual Medicine showed that Tribulus Terrestris could be helpful for those with erectile dysfunction. Some studies have suggested that this herb may increase testosterone levels, but other studies suggest that Tribulus works by enhancing nitrous oxide (NO) release.

Suggested dose: As recommended on the label.

Fenugreek is an herb indigenous to India. It is used in Ayurvedic medicine to help with digestive issues and libido. A 2011 study concluded that fenugreek could help improve libido and maintain healthy testosterone levels. However, a 2009 study in male athletes concluded that fenugreek had no benefits on testosterone levels. Many who use it have reported its effectiveness while others have not noticed an improvement.

Previous Article
Herbal Roll-On Remedies for Headache, Sleep and Cold and Flu
Next Article
Get the Health Benefits of Moringa With These Three Recipes

Dehydroepiandrosterone (DHEA) is a precursor of testosterone and other androgenic hormones and has many important roles in physiology including modulation of cognition, appetite and sexual behavior.

A naturopathic doctor explores how energy is created in the body and how to improve energy levels naturally.