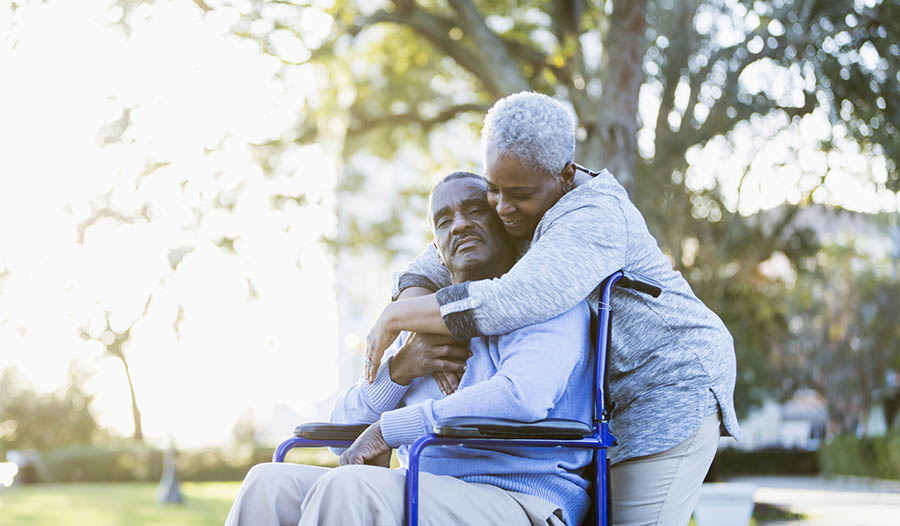 The right nutrients and herbs can help repair damage and improve quality of life.

Strokes are the leading cause of adult disability in the United States and the third leading cause of death. A stroke can be the result of a lack of blood flow caused by a blood clot or a hemorrhage. Without oxygen, brain cells become damaged or die so the affected area of the brain becomes unable to function. Risk factors for stroke include high blood pressure, diabetes, high cholesterol, smoking, and atrial fibrillation (heart abnormality). High blood pressure is by far the biggest risk factor for stroke.

The results of a stroke can affect patients physically, mentally, and/or emotionally, and vary widely. Disability corresponds to areas of the brain that have been damaged. For most stroke patients, recovery involves a combination of physical therapy, occupational therapy, and speech-language pathology, and it’s important to take advantage of all of these services.

Medical care is often focused on preventing another stroke and most often utilizes anti-coagulant therapy with warfarin (Coumadin) or antiplatelet therapy with aspirin, ticlopidine (Ticlid) , or clopidogrel (Plavix). These drugs are designed to prevent blood clots from forming and lodging in the brain, which could produce another stroke. These drugs are not, of course, used in cases where the stroke was caused by a hemorrhage.

Coumadin works by blocking the action of vitamin K. Since green leafy vegetables and green tea contain high levels of vitamin K, you should avoid these foods while taking Coumadin, or at least don’t increase your consumption of them. Physicians monitor the effects of Coumadin using a test known as the International Normalized Ratio (INR) and will adjust the dosage up or down as needed. In addition to foods that are high in vitamin K, other natural substances that may interact with Coumadin include:

From a natural perspective, Ginkgo biloba extract is key to stroke recovery. It increases blood flow to the brain, boosts energy within nerve cells, and favorably affects blood thickness. The recommended dosage is 240—320 mg daily (less if you take Coumadin).

Several supplements can help prevent blood clots, including omega-3 fatty acids, antioxidants, flavonoids, grape seed and pine bark extracts, and garlic. Fish oil (up to 3,000 mg per day EPA + DHA) and flavonoid-rich extracts appear to be able to be used safely in combination with aspirin and other platelet inhibitors. However, using multiple natural antiplatelet agents at the same time may increase bleeding tendencies when combined with antiplatelet drugs (including Plavix and Ticlid).

Two forms of choline have shown promise in aiding stroke recovery: citicoline (CDP-choline) and glycerophosphocholine (GPC). In one six-month trial that followed 2,044 stroke patients, GPC was found to significantly help the recovery of more than 95 percent of participants—without side effects. Choose one of the following: citicoline: 1,000—2,000 mg daily or GPC 600—1,200 mg daily. There are no known interactions between citicoline or GPC and Coumadin or anti-platelet drugs.

Lastly, there’s nattokinase, a protein-digesting enzyme that has potent “clot-busting” properties. It has shown significant potential in improving stroke recovery. Typical dosage is 100—200 mg daily. Nattokinase should be used with caution for those taking Coumadin or antiplatelet drugs.

Billions of people fly every year, and tens of millions of these travelers have high blood pressure.

High blood pressure directly kills over 50,000 people in the United States each year and contributes to another 200,000+ deaths. Obviously it is a HUGE problem. Compounding the matter is that the various drugs used to treat high blood pressure often make patients feel worse because of side effects. Fortunately, there is an amazing new natural approach that is both safe and effective in helping to lower blood pressure.

Atherosclerosis, one of the primary causes of heart attacks and strokes, is the hardening of artery walls due to a buildup of plaque.