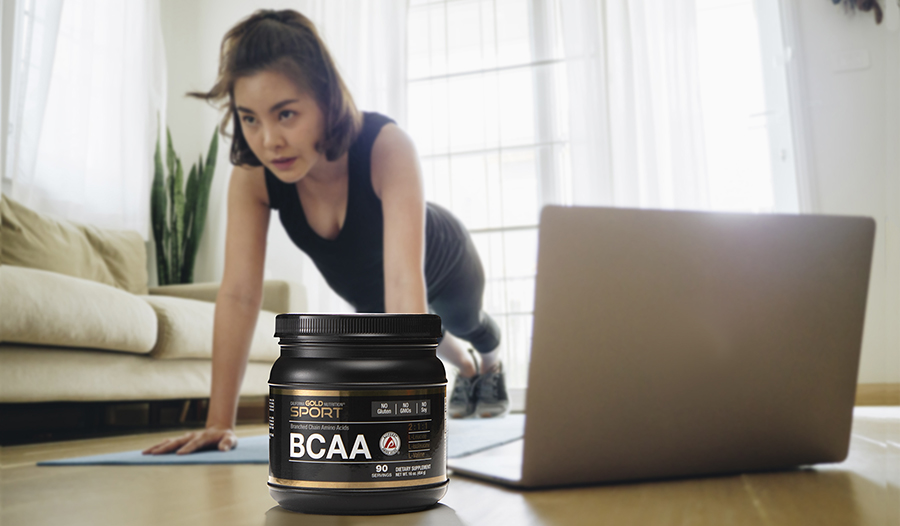 Not everyone can be a professional athlete. However, almost anyone can improve their physical health and resilience to become more athletic. Tapping into our inner competitors, we can continuously challenge ourselves to become healthier, fitter, and more mentally and physically balanced in our lives by practicing a daily exercise routine.

Participating in at least 150 minutes per week of moderate physical activity is not only good for the heart and vascular wellbeing but also great for the brain, memory, and the prevention of common diseases. One of the best ways to accomplish this is to commit to 30 minutes per day, five to six days per week. Physical exercise is one of the best and least expensive of all activities in which a person can participate.

According to sports scientists, there are four different types of exercise:

It is well known that exercise has positive effects on muscle strength and overall tone. A 2017 study concluded, “Exercise has moderate-to-large effects on muscle strength, body composition, physical functioning and inflammation in older adults.” Obviously, the benefits are not limited to older adults but extend to each and every person who participates in regular physical activity. On the opposite end, a sedentary lifestyle can be very dangerous and likely to reduce overall quality of life while shortening lifespan.

Studies have shown that exercise increases an important protein in the brain called brain-derived neurotrophic factor (BDNF) or abrineurin. This protein was first isolated in the brain of pigs back in 1982 by scientists Yves-Alain Barde and Hans Thoenen. BDNF helps the brain form new memory and is also important in the maintenance of long-term memory.

Lastly, a 2016 study also showed that exercise not only helps with cognitive function but can also help prevent neurologic conditions such as Alzheimer’s and Parkinson’s disease. Exercise is also well known to help those with symptoms of anxiety and depression.

In an attempt to achieve a little extra competitive advantage, many who exercise and lift weights regularly will take certain supplements. We will discuss the science behind this and see what the studies have to say for the following.

Beta-alanine is a non-essential amino acid. It is considered “non-essential” as the body is able to manufacture it. However, some believe it may not be produced at optimal levels biologically, which is why some athletes will supplement with it. Beta-alanine improves carnosine levels in muscles. Carnosine is believed to help reduce acid buildup during exercise, the cause of muscle fatigue. Many who take this supplement notice improved performance upon exertion. However, what do the studies suggest?

Finally, a 2018 study concluded that beta-alanine supplementation in 60-year-old men “increased exercise capacity and eliminated endurance exercise-induced declines in executive function seen after recovery.” This is a supplement that is intended for any adult who wants to improve their exercise efficiency.

Valine, isoleucine, and leucine are known as the branched-chain amino acids (BCAAs), which refers to the “branched” nature of their molecular structure. Researchers have found that supplementation with BCAAs can help with muscle protein synthesis and lean muscle growth, supporting muscle recovery and reducing muscle fatigue, especially after a workout.

Natural sources of BCAAs include red meat, dairy products, legumes, nuts, grains, and seeds. Suggested dose of BCAAs is approximately 2-4 grams per hour, during exercise and immediately after, during the recovery period.

Creatine is one of the most common supplements taken by those who lift weights. Reaching popularity in the 1990s, creatine is an amino acid used primarily by muscles and the brain. Overall, it has been shown to be safe and is taken primarily to increase endurance and muscle mass.

A 2003 study showed that creatinine could help increase total muscle mass in those who did heavy resistance training. In addition, a 2011 study also discussed the potential benefits of creatine. These include increased sprint performance, work capacity, and muscle mass along with enhanced glycogen synthesis and improved recovery.

L-arginine is an amino acid, which is considered to be a building block of proteins. Primarily found in red meats, seafood, poultry and dairy products, it is considered a semi-essential or conditionally essential amino acid. L-arginine is a precursor to NO, or nitric oxide, a potent vasodilator of blood vessels.

L-arginine can be beneficial in lowering blood pressure, according to studies. In addition, it can help improve blood flow throughout the body, potentially providing beneficial effects to athletes.

In a 2015 study in which evaluated subjects were given both BCAAs and L-arginine, researchers concluded that the combination could improve athletic performance in well-trained athletes by alleviating fatigue. A 2002 study showed the L-arginine could reduce lactic acid and ammonia buildup after strenuous exercise.

Lastly, a 2021 study concluded, “supplementation with L-arginine could increase VO2 max in healthy people.” This is an important marker of oxygen use during exercise.

L-carnitine is an important amino acid found in high concentration in both muscles and the brain. It also plays an important role in the production of energy and metabolism.

A 1995 study showed that L-carnitine could improve exercise capacity in patients with impaired exercise tolerance.

A 2006 study showed that those with lung disease who were given 2 grams per day of L-carnitine for six weeks did better on exercise testing when compared to those who were given a placebo pill. In addition, those given the L-carnitine had lower lactic acid levels in their muscles during workouts.

Finally, a study in 2000 of those with heart disease showed that L-carnitine improved their exercise duration.

Suggested dose: As instructed on the label.

Glutamine is one of the most abundant free amino acids present in the human body. It is responsible for many metabolic processes. Glutamine is considered a “glucogenic” amino acid, implying that if and should your body require additional energy sources in the form of glucose, the body can convert glutamine into glucose and provide the body with the energy it needs.

Although your body naturally produces glutamine, in times of extreme stress such as exercise or illness, the body may enter into a deficit. Researchers believe that the human body releases the main stress hormone, cortisol, which lowers the storage of glutamine. Therefore, in times of high stress, it is important to be cognizant of glutamine deficiency.

Pre-workout formulas are commonly consumed by athletes. These formulas usually contain basic electrolytes such as potassium, magnesium, sodium in addition to B-vitamins. Further, they frequently contain a blend of carnitine, beta-alanine, and creatine. Caffeine and taurine are additional common ingredients as they can give an athlete a little extra boost. Those who are sensitive to caffeine should avoid pre-workout, especially if exercising in the evening.

These likely benefits explain why many athletes add a pre-workout drink as part of their routine.

Magnesium is an important mineral and enzyme “co-factor” involved in over 350 chemical reactions in the human body. An adequate intake of magnesium-rich foods, which include green leafy vegetables, is crucial. Frequently, diet is not enough, and a supplement is required.

Common side effects of a magnesium deficiency include:

Those who exercise routinely and sweat are frequently low on magnesium. Chronic stress can also lower magnesium levels. In addition to a diet rich in vegetables, a magnesium supplement should be considered. Despite advertising claims, sports drinks are usually a poor source of magnesium.

Suggested dose: Magnesium chelate (magnesium aspartate, magnesium citrate, magnesium malate) should be taken daily — 125mg to 500 mg. If you develop loose stools, reduce your dose. A magnesium oxide formulation can also be considered, but it is not absorbed as well.

Whey protein is a common supplement used by those who exercise routinely and is frequently used as a meal replacement by those trying to maintain or lose weight. Whey is also a popular source of protein for those attempting to build muscle.

Health benefits of whey protein include:

A 2017 study showed whey protein could help reduce injuries in marathon and amateur runners while a 2018 study in the British Journal of Sports Medicine showed whey protein supplementation helped improve muscle strength and muscle mass. Whey protein is a great addition to a fruit and vegetable smoothie and something that I regularly consume myself.

Previous Article
6 Top Questions About Intermittent Fasting and Detox Diets Answered
Next Article
Which Foods Are High In Vitamin D?

The Best Sports Supplements for Men

You train hard, eat well, and are looking for a way to maximize your results from all that hard work. Your gym buddies have brought up sports supplements to you on many occasions. But where to begin? Pre-workout formulas? Post-workout? During a workout? Vitamins, minerals, soy protein, whey protein–what is what and why do I need it? Where do I even start?