Are You Deficient In Essential Vitamins? Here Are 5 Ways To Tell 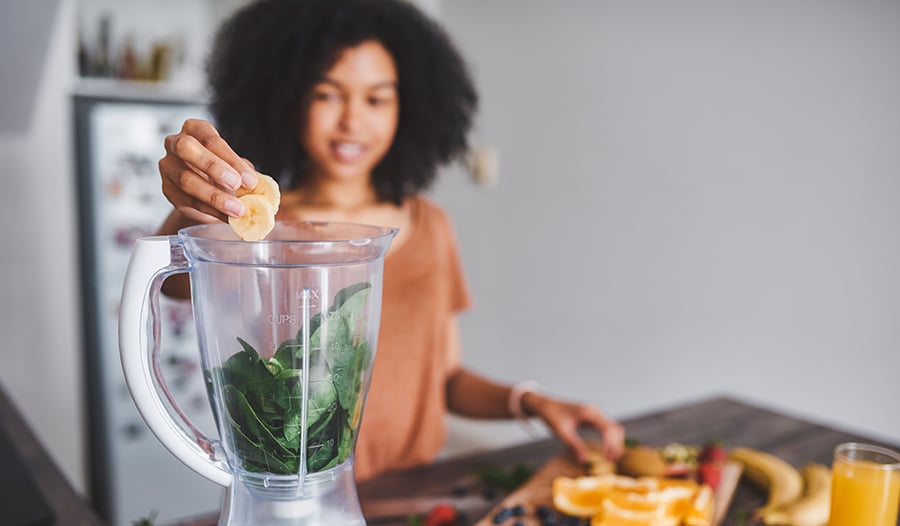 The World Health Organization estimates that 300 million people globally are affected by an anxiety disorder. Common symptoms of anxiety may include excessive worry, fear, heart palpitations, sweating, insomnia, and hyperventilation. Several studies suggest vitamin deficiencies may be linked to increased anxiety in people.

Vitamin D is a fat-soluble vitamin found in small amounts in fortified foods and natural sunlight. Vitamin D from food and sunlight must undergo a chemical conversion in the body. The most active form is vitamin D3, also known as calcitriol. It is involved in bone development and formation, immune function, and reduction of inflammation. Several studies suggest low vitamin D, which is actually a hormone precursor, may be linked to anxiety-related behavior. A 2017 study suggests vitamin D supplementation may improve anxiety and depression.

Several studies suggest low B vitamins are involved in increased anxiety symptoms. Vitamin B6, or pyridoxine, is a cofactor involved in the synthesis of gamma-aminobutyric acid, also known as GABA, serotonin, and dopamine. These are all neurotransmitters that can have a calming effect on the mind and body. Several studies suggest that vitamin B6 supplementation may lower anxiety and depression in women. Vitamin B6 deficiency may also be a cause of panic attacks and hyperventilation attacks.

Vitamin B3, or niacin, is an essential, water-soluble vitamin. Vitamin B3 is involved in the conversion of tryptophan to serotonin, which may be involved in regulating anxiety and depression, according to several studies.

If you have trouble seeing at night or adjusting your eyes from bright to dim lighting, you might have a condition known as night blindness. A deficiency in vitamin A may be a cause of night blindness. A fat-soluble vitamin that plays a role in visual function, immune function, and skin tissue, vitamin A is involved in sending electrical impulses to the retina, which is the light-receiving area in the back of the eye.

Vitamin A is found naturally in certain foods in different forms. Animal and fish sources are highest in preformed vitamin A, the most usable form. Beef liver contains that highest animal source of the active form of vitamin A. Cod liver oil is high in vitamin A. Plant foods contain carotenoids, which can be converted into vitamin A in the body. Carotenoids are pigments that give fruits and vegetables their yellow, red, or orange color, including carrots, yellow and red peppers, yams, and sweet potatoes. One study suggests supplementation with the carotenoids lutein or zeaxanthin may help to improve night vision.

Scurvy is a condition in which a person suffers from bleeding gums, due to a lack of vitamin C needed to maintain connective tissue. Other symptoms may include decaying teeth, thinning hair, and fatigue. Once a common concern in the 15th century, scurvy is rarer today, although some health experts suggest it could be making a comeback due to poor diets and poverty.

Vitamin C, or ascorbic acid, is an essential water-soluble vitamin. It is an antioxidant that fights off free radicals, plays a role in immune function, and assists in iron absorption. Vitamin C is involved in the production of collagen. Humans are unable to make vitamin C directly. A vitamin C deficiency is typically caused by a lack of vitamin C–containing foods in the diet. Symptoms that may be related to chronic vitamin C deficiency include fatigue, easy bruising, and joint and muscle pain.

Vitamin C is highest in citrus fruits, broccoli, and tomatoes.

People who smoke may require more vitamin C than those who do not. The National Institute of Health suggests that supplementing with up to 1 g of vitamin C per day leads to roughly a 70–90% absorption rate.

Fatigue is a common concern for many people. It can be caused by a variety of factors including lack of sleep, illness, or poor diet. It can also be a symptom of one or more vitamin deficiencies.

B vitamins are involved collectively in converting food into energy. They are cofactors involved in the Krebs cycle, which makes adenosine triphosphate, the energy of the cell. One study suggests people with CFS may have lower levels of B vitamins. Some people with chronic fatigue syndrome may benefit from B vitamin supplementation.

Low levels of vitamin D have also been seen in people with chronic fatigue syndrome. Studies suggest that supplementation with vitamin D may help to improve levels of fatigue.

Vitamin B7, more commonly known as biotin, is another B vitamin involved in energy production. Biotin is involved in protein-building amino acids that are required for nail and hair growth. Symptoms of a biotin deficiency include rashes on the face, brittle hair, numbness and tingling, loss of appetite, or depression.

Another important mineral involved in nail and hair health is iron, which is involved in hemoglobin production. Hemoglobin is a protein that helps transport oxygen in the blood. The nails require oxygen to remain healthy. A condition known as koilonychia causes an abnormality of the nail shape, in which it concaves. This is also referred to as nail spooning.

Low iron may also cause brittle nails. In addition, if you have low iron, you may also experience fatigue, headaches, dizziness, or shortness of breath.

Low iron may contribute to hair loss. It is normal to lose around 100 strands of hair per day. If you find that you are losing clumps of hair at a time, however, something else may be going on in your body.

There are two different forms of iron: heme and non-heme. Heme iron comes from animal products and is better absorbed than non-heme, which comes from plant sources. Foods that are higher in iron include oysters, beef liver, molasses, and beans. Vegetarians and vegans may be at a higher risk of developing low iron, or iron-deficiency anemia.

Note that iron should only be supplemented under the direction of a physician because too much may be harmful.

Zinc is a trace element that plays a role in many processes in the body. It is involved in immune function, protein synthesis, and hormone production. Low levels of zinc may cause loss of taste, diarrhea, poor wound healing, and muscle wasting. Given that zinc is involved in cellular processes, studies suggest low zinc may cause hair loss and hair thinning. Zinc levels may be lower in people with non-scarring hair loss.

People with inflammatory bowel disease may have lower levels of zinc due to a malabsorption issue. Vegetarians may also have an increased risk of developing zinc deficiency.

Studies have shown that zinc supplementation may have a positive effect on people with hair loss. Supplements contain different forms of zinc, including zinc picolinate, gluconate, zinc sulfate, and zinc acetate. The percentage of elemental zinc varies by form used.

Previous Article
The Top 3 Sports Supplements for Men
Next Article
Are Air Fryers Better For Health? A Registered Dietitian Weighs In

Vitamin C for Kids: Is Your Child Getting Enough?

What are the recommendations for vitamin C for children? A pediatrician weighs in on proper vitamin dosage, deficiency risks, quality, and more.